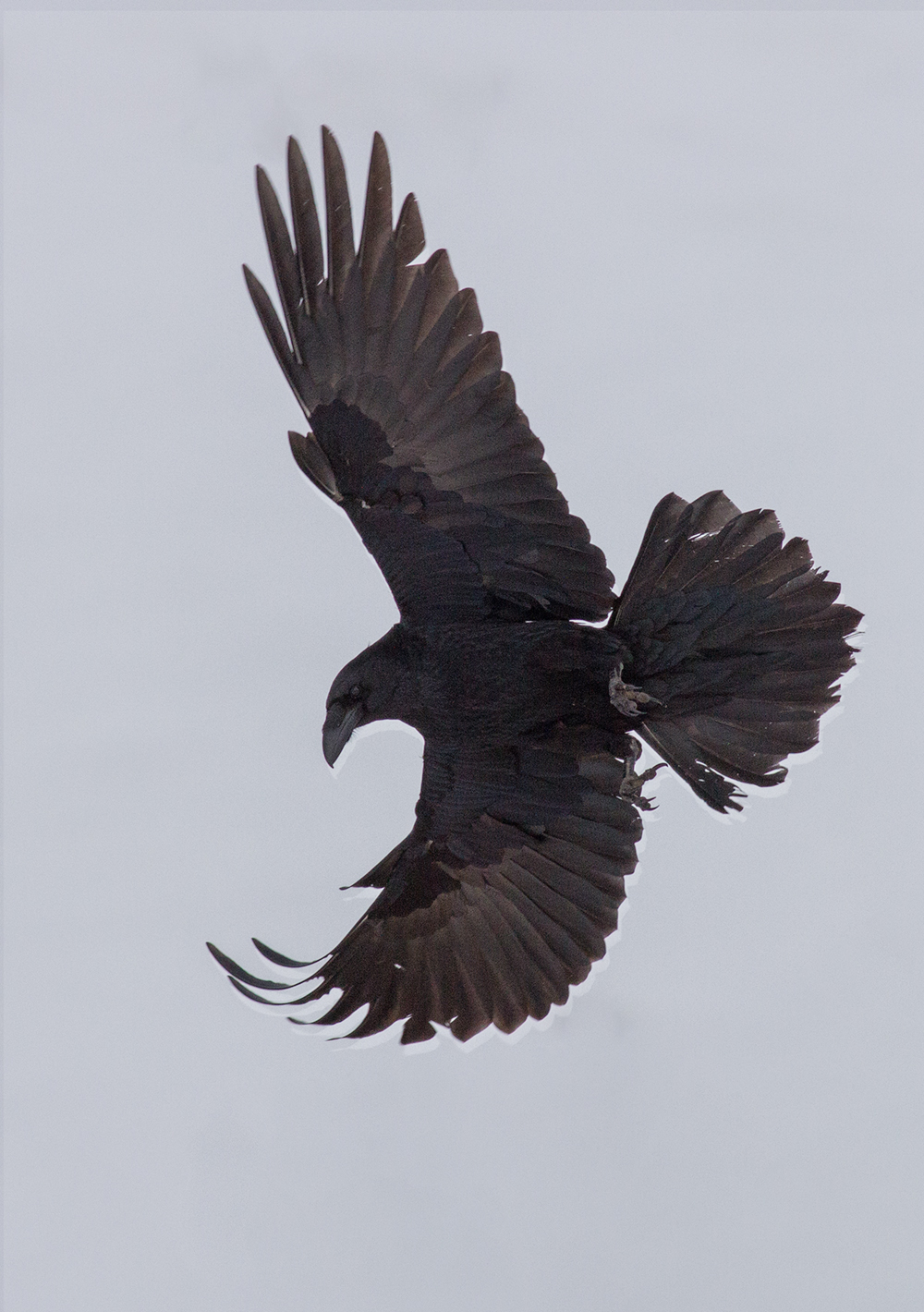 This is what is what I have been thinking about for a whole week when sitting in a hide. The plan was to live inside a hide for six days to increase our chances to see and hopefully photograph a wolf. Well, it work out to some extent but did not see any wolves. Here is my story.

Right after I came back from a Golden Eagle and Dalmatian Pelican trip that I guided I got an offer to enter a hide with a client who wanted to photograph Golden Eagles in the snow. The area of the hide is also well known for its visits from wolves so I decided to give it a go.

Packed my luggage before I had managed to unpack the one from the previous trip and off I went. In an hour I was waiting for the client by the 4WD that was going to take us to the hide. All set to go and shortly we were on our way to the hide. There was a lot of snow. The local guy needed couple of days to dig out the snow from the track. In some places we had about 1m of snow cover which must have been a challenge to dig out. Thank you very much for the effort mate!

The hide was very cozy with several beds, stove, gas heater and a proper toilet. I can see how I can sit in here for a week without any problems. We had enough food to survive for two weeks. Grabbed a quick meal with hot soup prepared on a gas burner and prepared for an exciting first day in the hide. The stove made it very warm and with our sleeping bags we had no issue of cold weather whatsoever.

Well, things are not always as planned. On the first day we had absolutely nothing. A few magpies were hanging around the bait and some ravens were anxiously flying about but never landing in front of us. We did not really feel this lack of birds that much of a burden because we were still curious to see the settings and a distant red fox wondering on the hills opposite the hide kept our attention.

This time we had our chances. We had several visits of Golden Eagles at different times of day by a total of three different birds: one adult, one subadult and one immature from last year. We were up by 7 a.m. and did not lose any time for travelling so it was very convenient to sleep in the hide. At the end of day 3 our local driver came over to pick us up for a shower in a guest house at the foot of the mountains.

The flight of the raven © Iordan Hristov 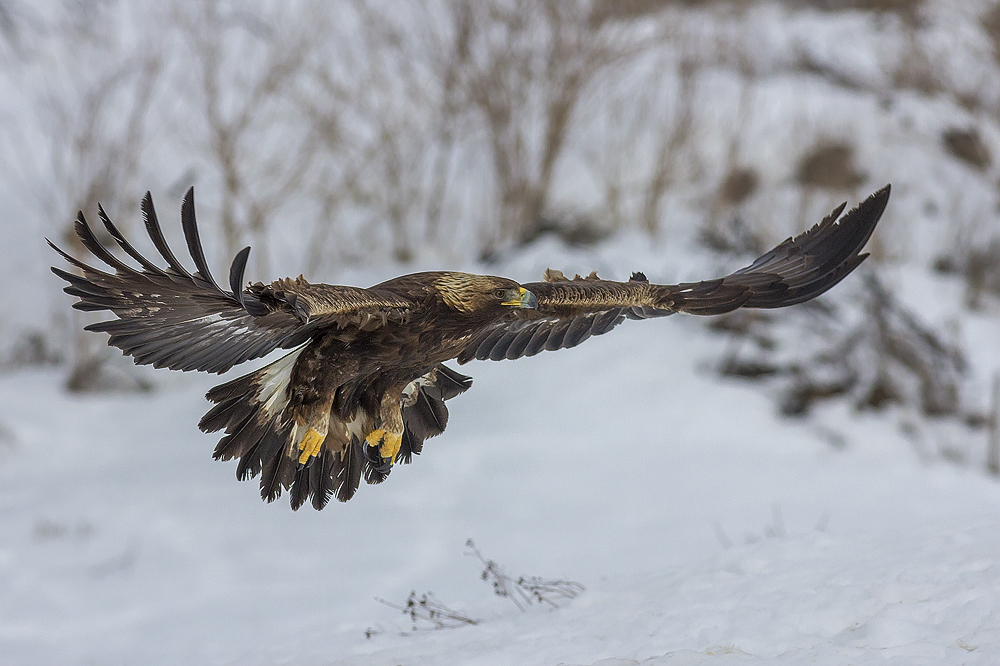 On the following day we had to get up at 4.30 to arrive in the hide before sunrise. Again, in these few days we had several visits by the Eagles and the client managed to take his pictures. He was really happy. On the very last day we finally managed to get some shots of the Red Fox too. It was coming to the bait every night but disappearing early in the morning before the light is sufficient for pictures. 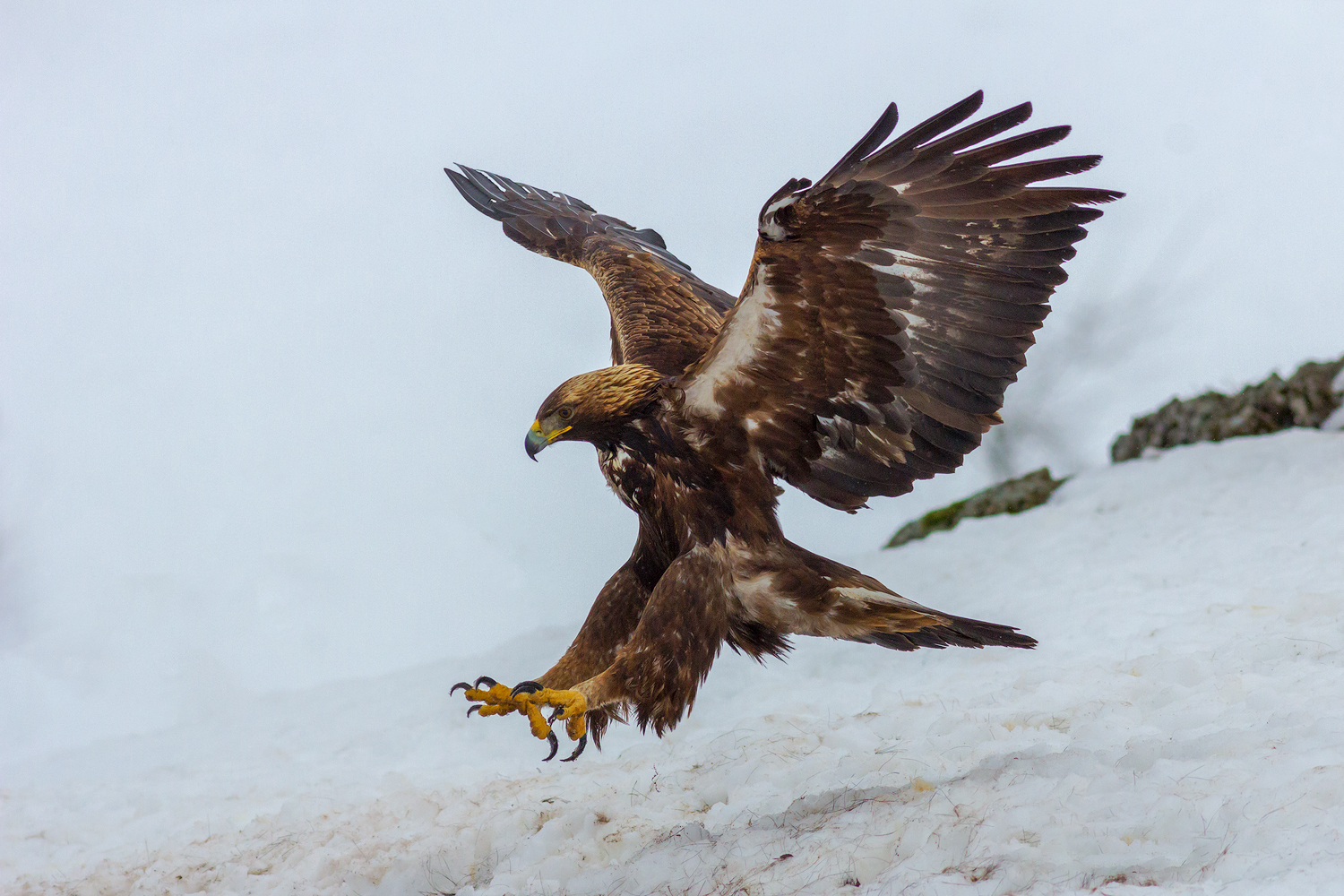 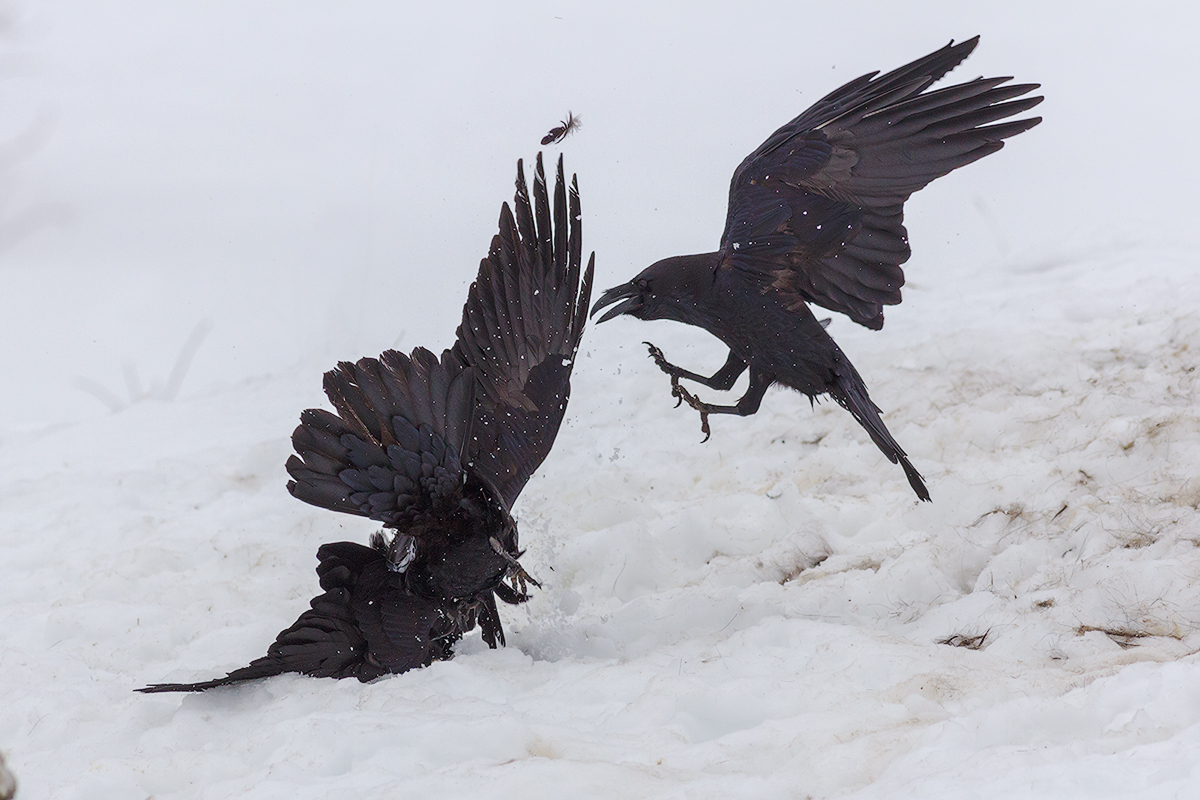 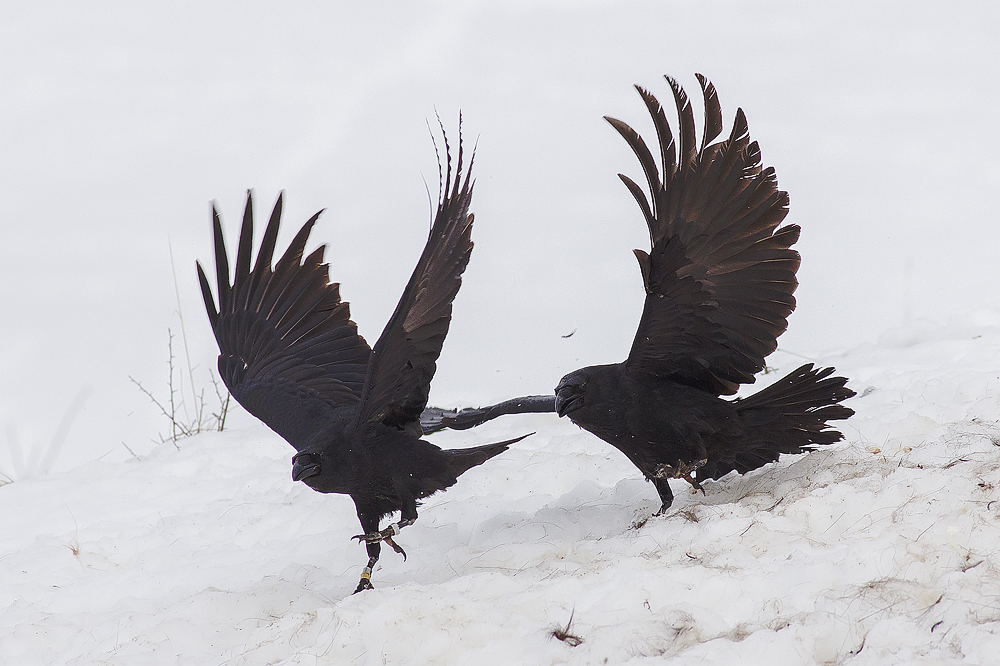 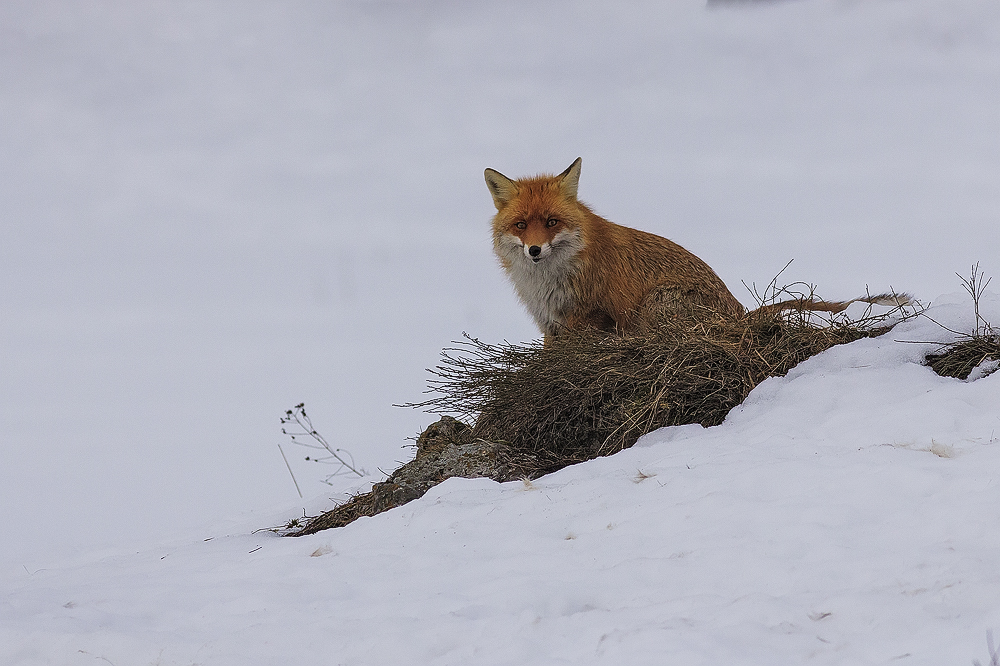 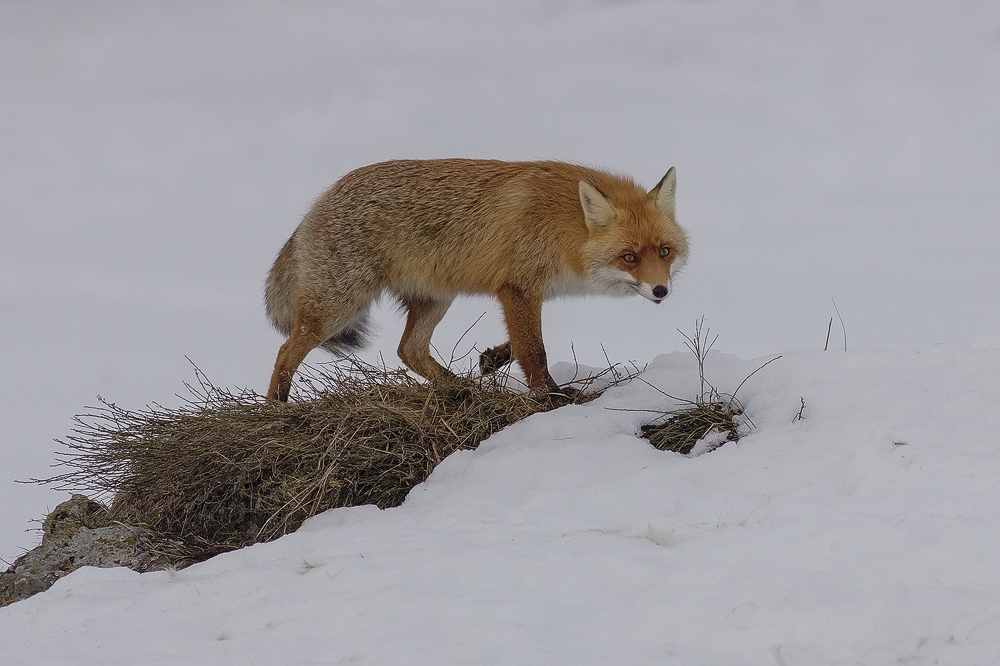 As for the wolves, we could only see prints in the snow. Two-three animals are patrolling the area but we had no luck. Hopefully we will manage it next time!

Sometimes we did have long hours in the hide with no birds but used to time to catch up with reading or taking pictures of Ravens which gathered in their tens. Some of the birds had rings so it was interesting to study the birds.

It was a wonderful trip again and as usual, our guest wants to come again. This is one of the best confirmation for the satisfaction of the guest which is of prime important to me!