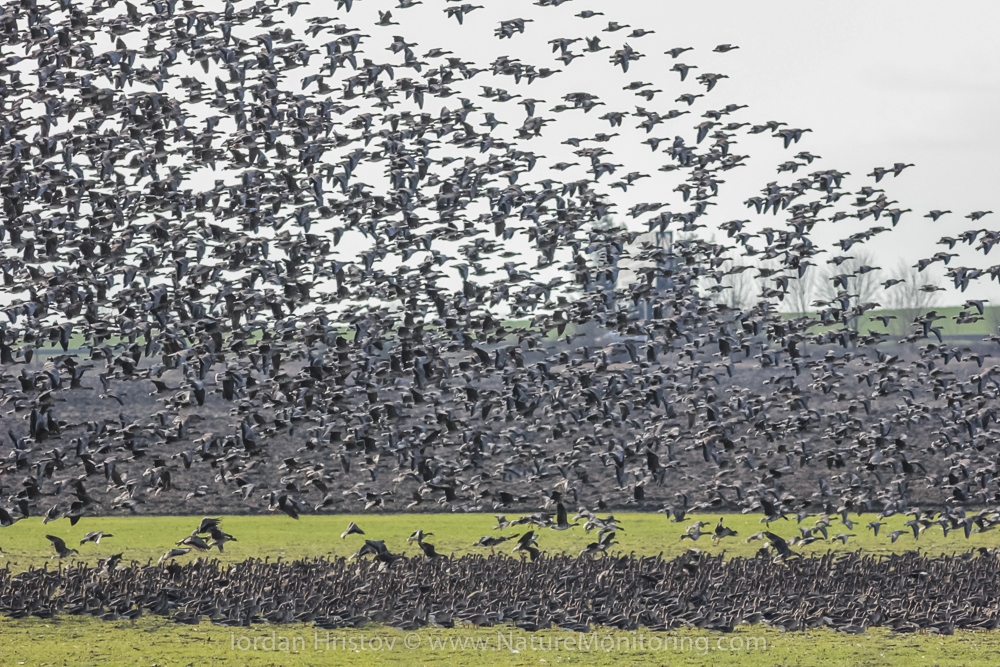 oEaglesAnother wonderful day around Bourgas wetlands was rather productive. We started with another off season bird before we have had even breakfast. A bunch of chaffinches were sitting nicely on a branch of a Dog Rose bush but one of them looked a bit different on the mild morning light. It had a yellow throat and faint moustache visible from a distance… Ortolan Bunting… it was sitting amongst three Chaffinches and it was rather easy to miss it. I am glad we got it. The other morning birds were just as usual: Bramblings, Black necked Grebes and Great crested grebes. We added the first Linnets for the trip.

After the usual bacon and eggs with a warm coffee and English breakfast tea we were ready to go. The plan for today was to check again for White headed Duck and Red breasted Geese. Our first stop was at one of the Bourgas wetlands where we logged the mighty Goshawk. Pygmy Cormorants were everywhere around. We kept stopping along a road and check for the White headed duck but with no result. We had quite a few Pochards and a few Smew and Goldeneyes.

After this unsuccessful attempt we decided to try with the geese and took a different direction from the previous days. We arrived at a vast flooded area. It wasn’t steaming with birds but we had about 20+ Dalmatian Pelicans, at least 5 White tailed Eagles, a few Hen and Marsh Harriers, Shelduck and a few Geese but not our target bird. It was a great birding area but we wanted something else and decided to look for it in the group of geese we saw yesterday. 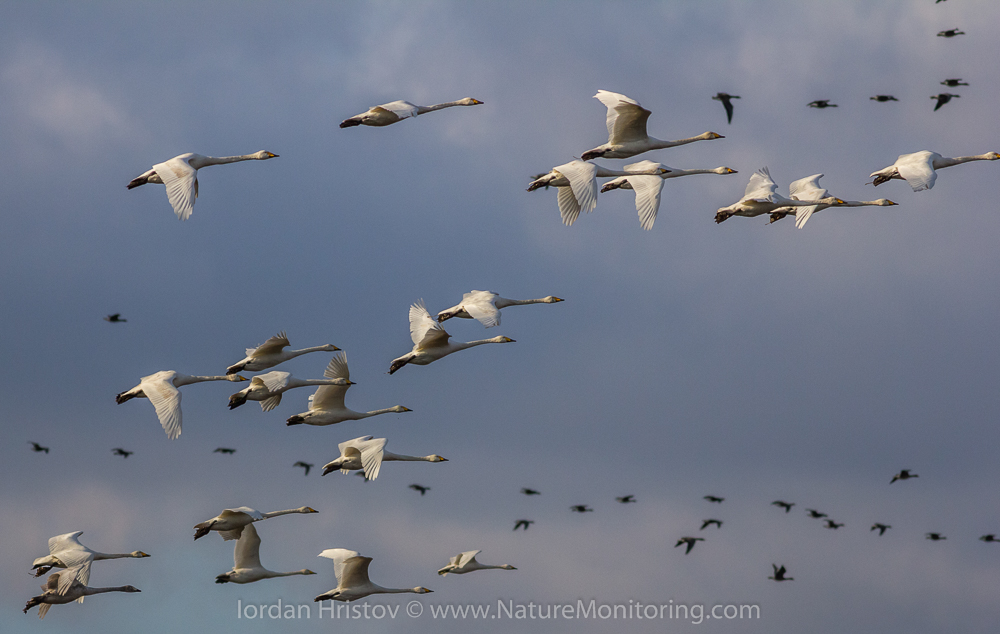 We were back to the same place to search for the Red breasted Goose but the birds were miles away. This was going to be difficult but the flock was pretty good in number counting about 2000 individuals. Finding one would be quite a challenge. The location where the birds were was pretty open and it would be a challenge not to spook the birds. We left the van and decided to walk slowly to approach the geese. Gradually we managed to approach them to about 1 km. The strong winds of 10m/s didn’t help us at all but we were determined. Soon the results came. A juv Red breasted Goose has come to the edge of the flock to show itself for our delight. Wow, what a bird. Another new bird for some of us. Gradually we approached the geese down to 500m and had a good look at them. Or at least, as good as the strong wind allowed us. In a while we decided to go.

the group looking at Red-breasted Goose

Our next stop was by a group of Whooper Swans feeding in the fields. We were hoping for some Bewick’s but could not see any and carried on. It was the end of the day and after the productive geese watching we decided to go back to the hotel.

An early dinner and recap of the birds seen concluded with 64 species for the day with some nice highlights.