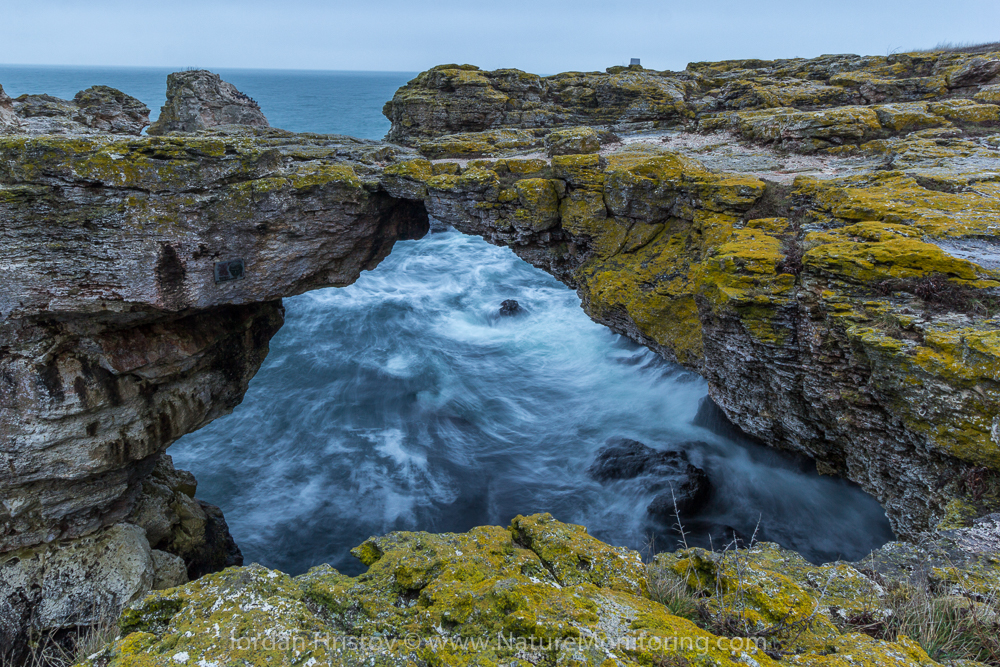 Here we are already in the north where we shall spend the next two and a half days. We shall be birding around the lakes Shabla and Durankulak.

Since our hotel is right on the coast I decided to get up a bit earlier before the group and take some seascape pictures. I wanted to get the sunrise and set the alarm for 6 a.m. I did get up but it was really cloudy and the Sun did not show at all regardless of the forecast. Nevertheless I decided to give it a try and take some slow motion pictures of running waves. Did not have much time but still enjoyed the crashing waves. Water on the cliffs was frozen which was really spectacular.

In a while the group arrived and we headed for the usual morning walk. There weren’t many birds around but then we saw these two birds coming straight towards us..we kept quiet for a while and then shouted out… Ruddy Shelduck. WOW, spectacular. What a pleasant surprise. Other then them we had our first Mediterranean Shags ssp desmarestii. Groups of Black-throated divers were heading north and we counted a total of 30+ birds. Red breasted Mergansers and Black necked Grebes were fairly common. 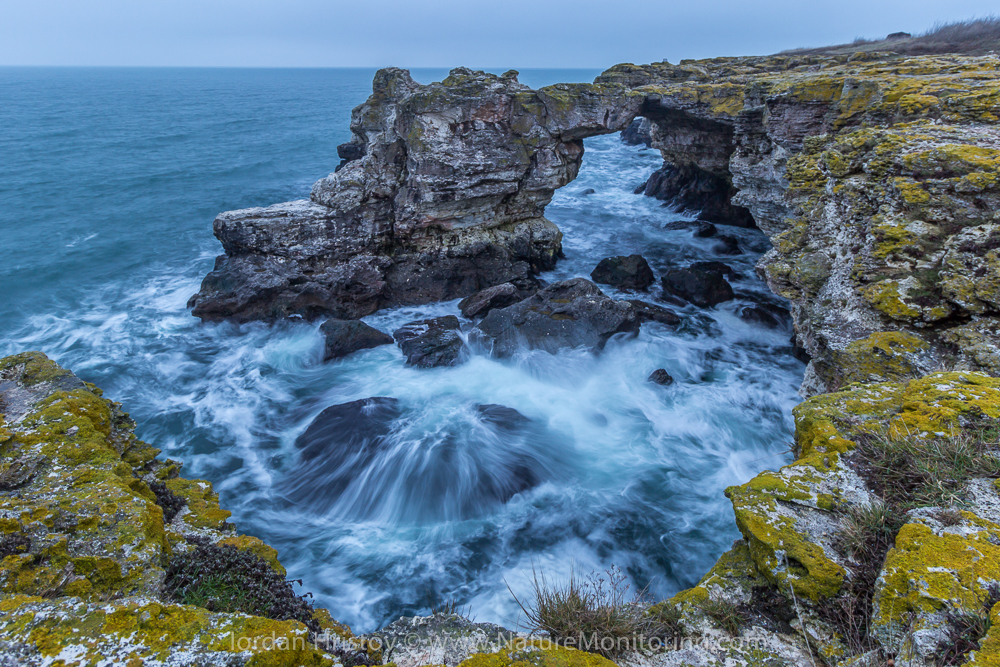 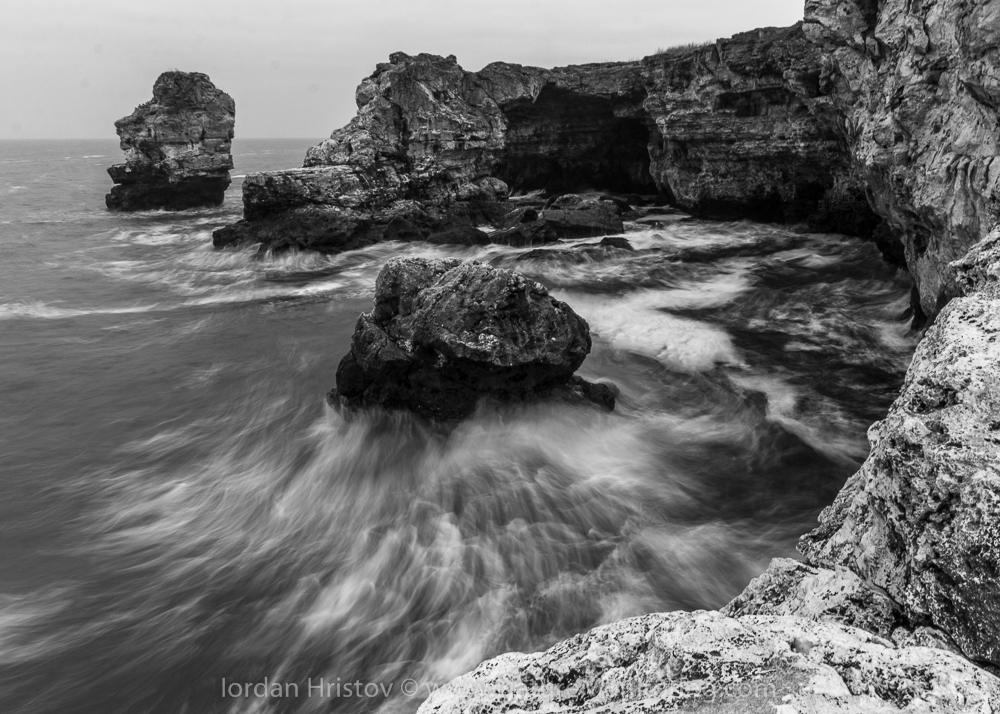 Breakfast was a bit more basic than before with some toasted sandwiches with ham and cheese. After some tea and coffee we headed for our target birds: Red breasted Geese were our focus here. We arrived at our first site and it didn’t take us long to locate a group of 7 birds flying over. On the sea we kept seeing moving north Black throated divers, Mergansers and Gulls.

Around the lake we got the same group of 7 Red breasted Geese grazing in the fields in a group with a dozen White fronted Geese. Another small group of 15 Red breasted Geese flied over which were a nice addition to our single goose seen around Burgas. Our attention was attracted by a large falcon which looked rather brownish on the back with an evident mustache. Wow, what a bird. Initially we were thinking of a Saker falcon but looking at the bird more carefully it showed a thick mustache and a lot of black on the face. Once it took off we saw that the underwing was fairly bright with streaks which totally rejects the Saker Falcon hypothesis. 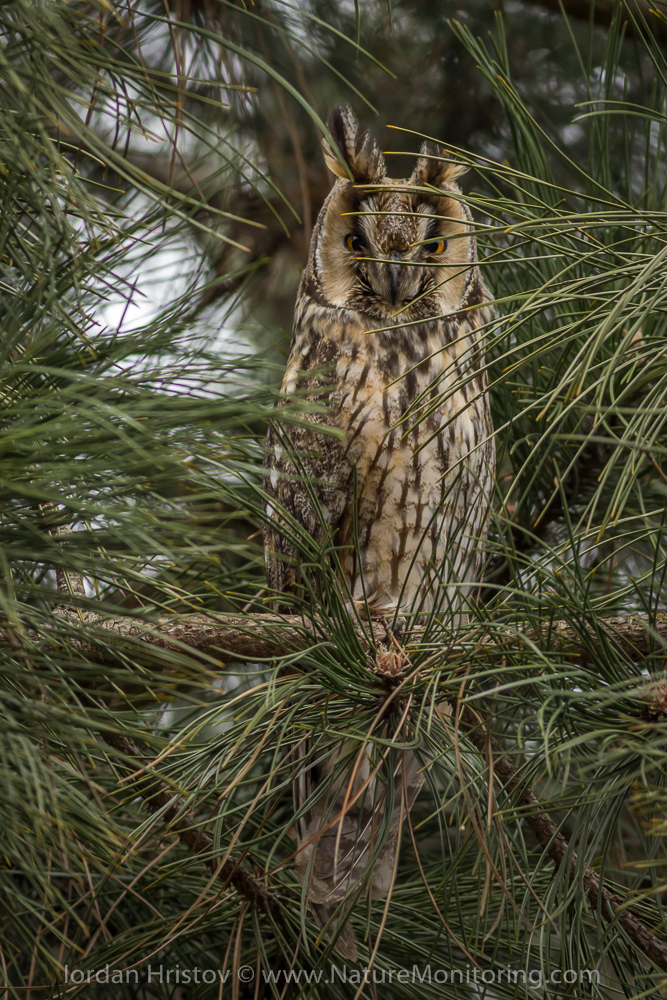 We warmed up during a late lunch and on the way to our next location we spotted a Goshawk along the road. Further en route we stopped for a roost of Long eared Owl which counted to about 10 birds. At the last location for the day we had another pleasant surprise…we scanned the birds around and other than the usual Mallards we had a well wanted bird. We searched for it all around Bourgas wetlands but couldn’t find it and here it is…a White-headed Duck. A rare bird both for us and our guests.

Just before we headed home a group of 40+ Little Gulls were struggling to hold themselves on the waves and the wind. Right by the van a small group of swans made the end of the birding day rather memorable and enjoyable. In a group of 12 swans we had 2 Bewick’s which were fairly close. In a minute a Mute Swan landed right where the other two species were and we had three species of Swans in the picture at the same time. Wow, what a day. Once we thought we were done with the excitement, one of our team had his first Redwing in his life which made the joy from the day even greater. At the dining table he concluded ‘This is a very successful trip for me and there is even one more full day.’ This is worth a beer.