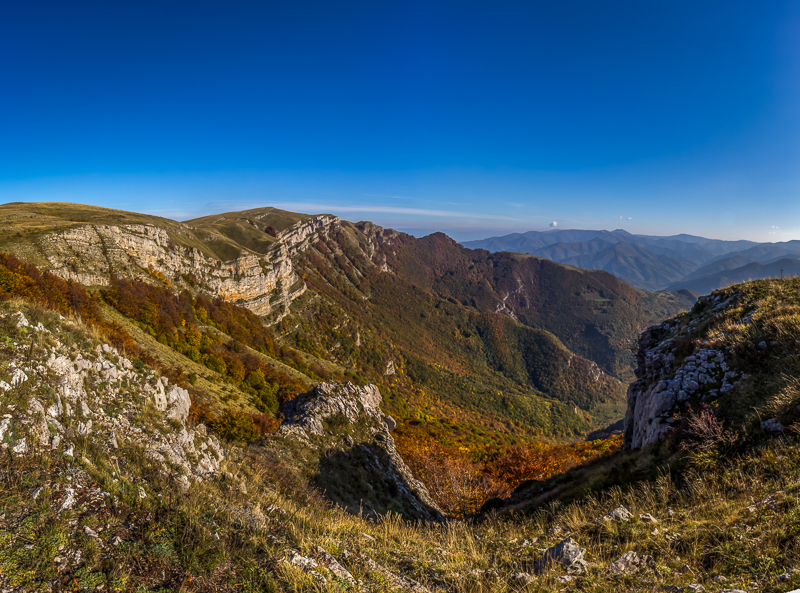 Autumn colours are rather picturesque for landscape photographers. This is what made us plan a trip to a place which is not rather popular: Vratchanski  balkan. Situated only about an hour drive north of Sofia it is still rather preserved with open plateau and meadows, deep gorges, and old forest. That is where we decided to go and enjoy the autumn colors.

I woke up shortly after 6 a.m. to pick up the other two photographers in the group and off  we went. After a few short stops for coffee we were there. Mist and evaporation over Iskar river had covered the view but created rather special atmosphere. There were quite a few mushrooms which main subject of our discussions during the day. 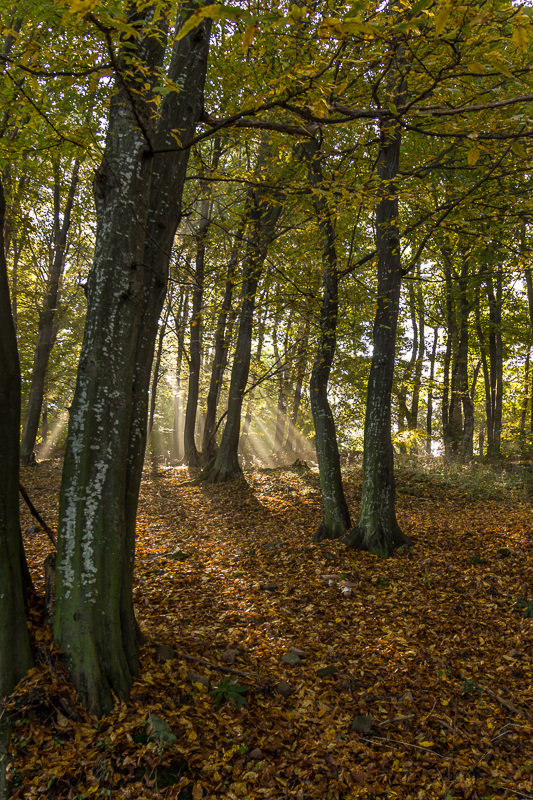 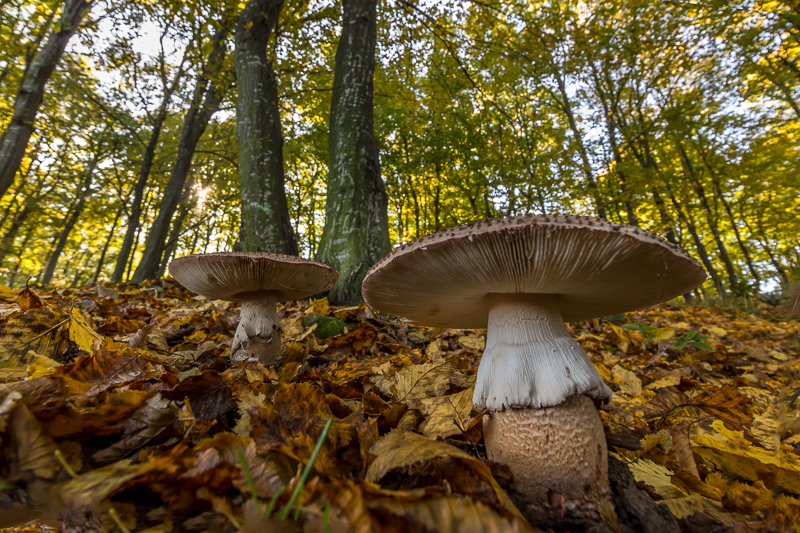 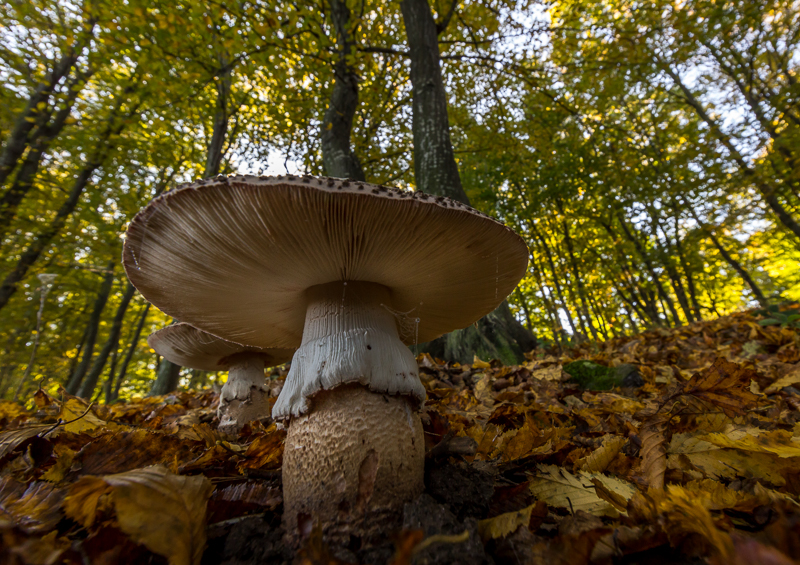 A short walk took up to a lovely view point looking over Iskar river. With the rising sun the mist was going away. 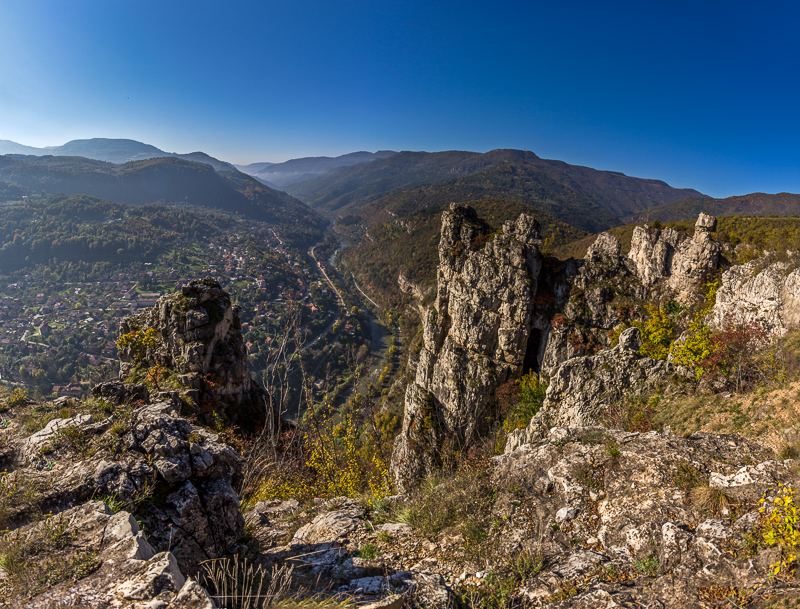 We aimed to reach an area called Kobilini steni. A large rock complex where we intended to stay until sunset. The track was pretty long and it took us about four hours to reach the rock complex. Along the track we stopped quite a few times to take pictures of more mushrooms, flowers and landscapes. Well, that’s what we are here for. 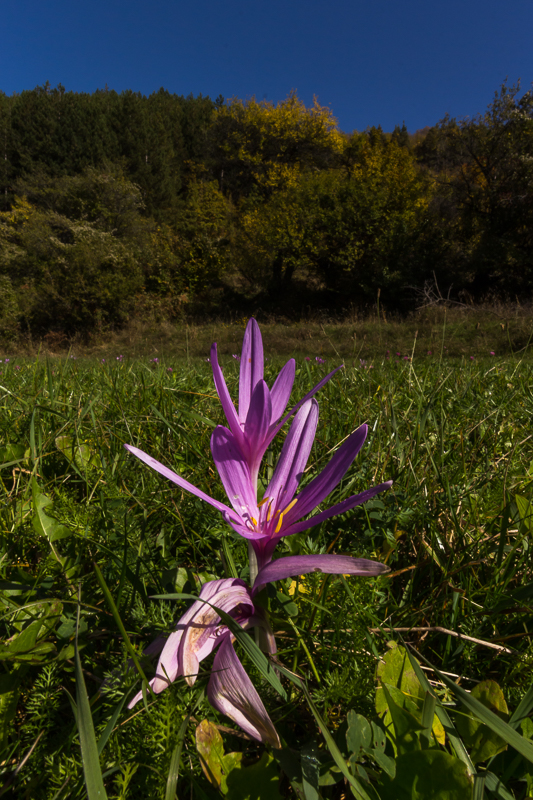 Along the track we witnessed a group of 40 Great Cormorant flying over the mountain and a young Golden Eagle approaching them. Once the Cormorants were gone, two Eurasian Sparrowhawks and a Long-legged Buzzard came over to inspect the young intruder. What a spectacle, three species of raptor in view at the same time. What a size comparison. Even the Long-legged Buzzard looked pretty small for the Goldie. Further along a Grey Wagtail and couple of Black Redstarts were making use of a mountain water tap. In this dry area, there aren’t many places for the birds.  A flock of 80 or so Alpine Choughs and two ravens announced our arrival at the rock complex. 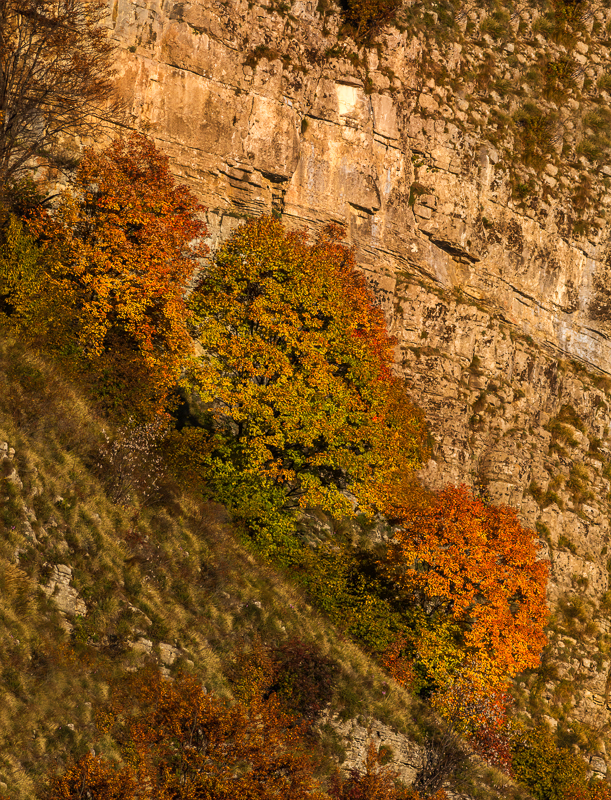 After taking a few pictures we decided to go. The road was long and the sunset didn’t look very promising with no clouds to create an atmosphere for a proper landscape image. Anyway it was a superb trip for a day out.