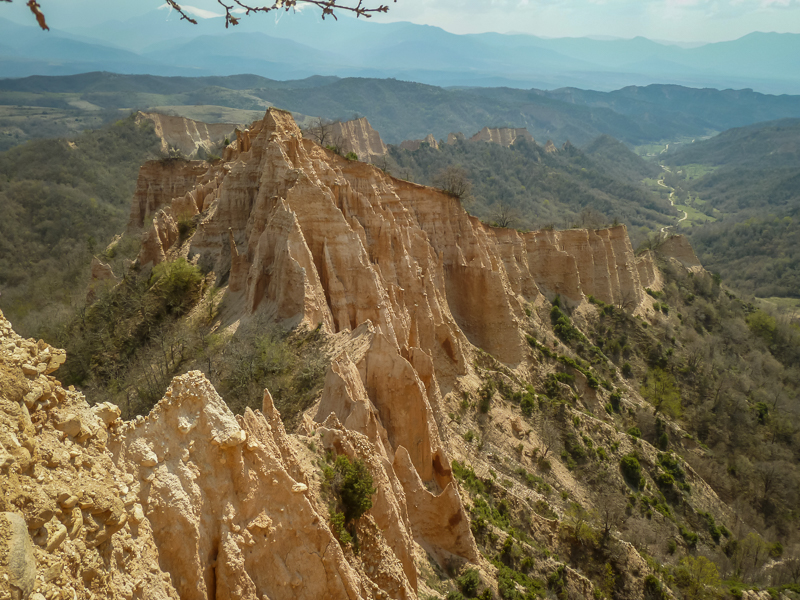 There are two areas with sand pyramid in South Western part of Bulgaria. This part of the country is known for its mild climate with strong Mediterranean influence suggesting high diversity of bird species and beautiful landscapes.

Our first destination in the area was Rupite. A holy place with a crater of a volcano. The birds listed here include Sombre Tit, Cetti’s Warbler, White Stork, Nightingales, Long-legged Buzzard and a few other common birds. We didn’t spend much time here but was still enough to feel the area. Will be back here later on in the year when more birds arrive.

Late in the afternoon we drove to the smallest town in Bulgaria called Melnik. We stayed at hotel Bolyarka which deserves a few good words. The staff was great and smiling all the time. Food was great and rooms were clean. Early morning birding from the balcony of our hotel produced over 20 species. Some of the highlights were Alpine Swift, Black Woodpecker, Cirl Bunting, Cuckoo, Red-rumped Swallow etc. It was a fantastic morning. Birds were singing everywhere. 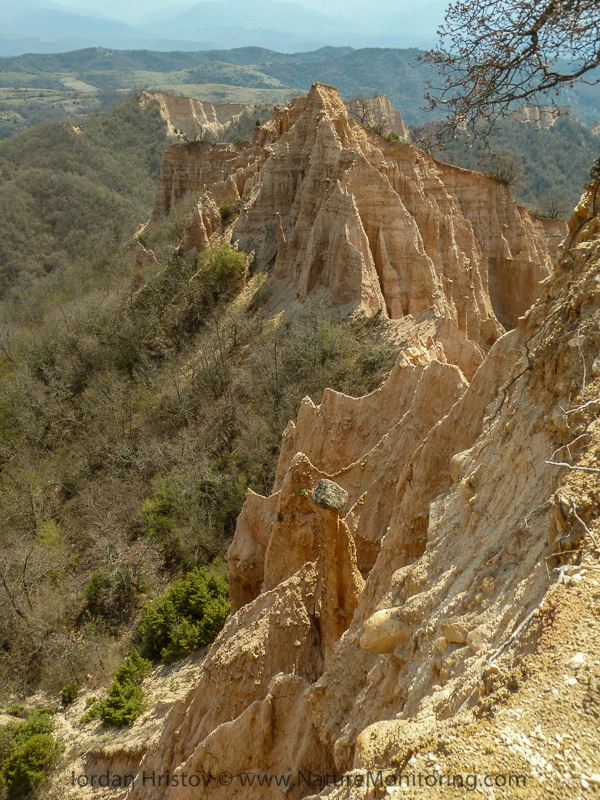 Sand pyramids were waiting for us after a lovely breakfast but not before we had a look at a local monastery called Rozhen monastery. It dates from the 13th century and has a well known holy icon. En route to the pyramids we had our first Subalpine Warblers, Nightingales, Lesser White-throats, etc.

The view from the top of the pyramid was superb but soon we had to go.