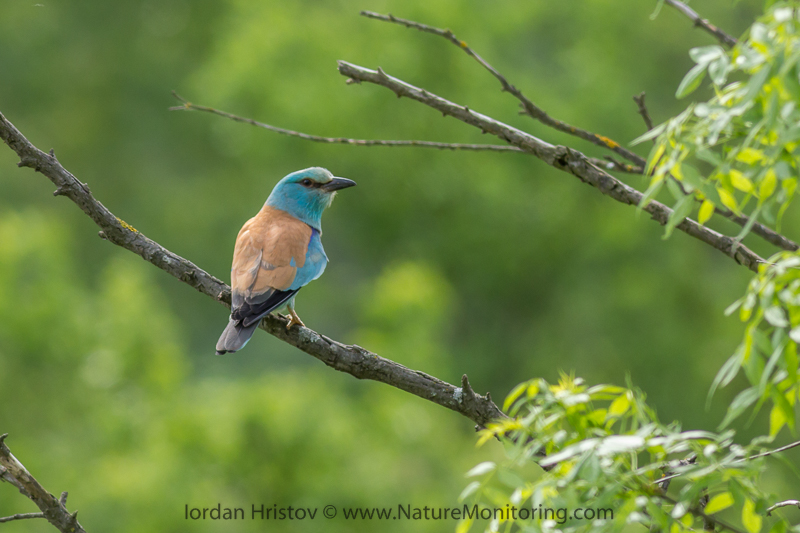 The day started before even the sun was up. Some people from the group decided to have a walk around and take some pictures at the best light. They didn’t regret it. Once we were up we heard that they had seen two Ruddy Shelducks in the river. Only three people from the group managed to see them but still. The rest if us enjoyed a pair of Little Owls sitting on the chimney of our hotel.

Before breakfast we also enjoyed a couple of  Hoopoes and a superb Honey Buzzard flying low overhead. That makes it a nice start.

After breakfast we headed to our destination for the day which was meant to be only about an hour drive. Shortly after we left we just had to stop. A Sombre Tit was right by the road so a quick run  was productive for some of us. Further along we had to stop for an Egyptian Vulture. Finally we arrived at our destination at about 10 a.m. Once we arrived the driver had to jump on the breaks for a pair of Rollers sitting on the wires right by the road. Wow, What a bird. Great excitement overtook the bus.

Some of us got off and started walking along the road excited by the view. The rest carried on with the van until we reached a checked destination for warblers. Here all of us got of and soon we were on a Sardinian Warbler, Eastern Orphean Warbler, Eastern Olivaceous Warbler and a Cirl Bunting. Shortly after that we had a good view of Lesser Grey Shrike. We carried on along the valley and birds kept coming. Hobby, Chukar, Eastern Black-eared Wheatear, Short-toed Eagle and a lovely pale Booted Eagle.  We checked the area for Rock Nuthatch but it wasn’t there. We spent some time but had no luck so we decided to go.

The next stop was in a small town nearby which has a lovely park. The brief stop was rather productive with a Syrian Woodpecker and Scops Owl sitting nicely just a few metres above the road. It was really tiny. Stunning! This bird made the day for many of us but it has still not finished. We carried on back towards the hotel but we still had a few stops to do. 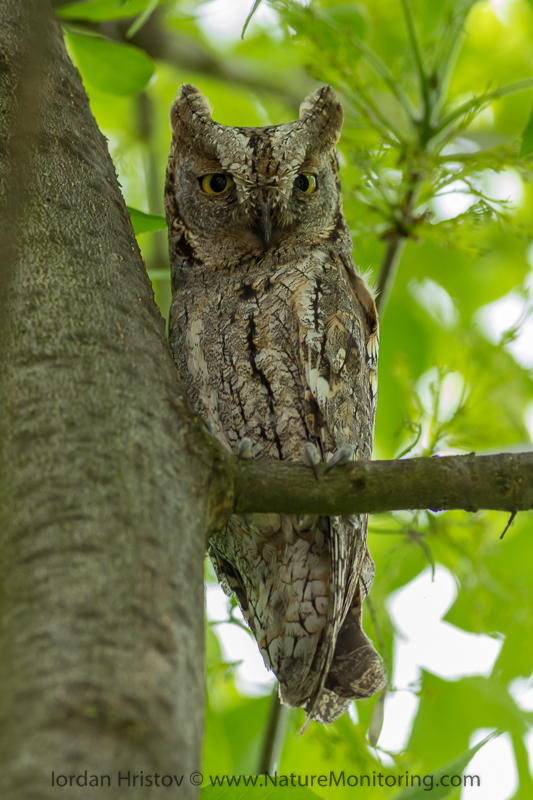 At the next place we were overlooking a river and were expecting some raptors when a ghost turned up in amongst the orchard trees. I missed it first but then saw the bird flying low over the field. Slaty grey on the back with black wing tips…Levant Sparrowhawk..! Wow, The bird kept flying off and landing here and there so we kept looking at it. This was the first for most people from the group.

Levant sparrowhawk is a bird that is just arriving in the country so it was great to see it. We missed it with the BirdID group last year so it was great seeing it now. After we exhausted the birds at the spot we decided to carry on and use the excitement. At the next place we were going to try for a Spotted Cuckoo but instead we got a few Barred Warblers which were other special birds on the list. Later on a group of 15 Griffon Vultures marked the end of the day. It started raining so we decided to go back to the hotel.

It was a long and exhausting but productive day. We ended up with 81 species. Here is the list of the group: