Glozhene monastery was built in the 13th century (1224). The idea for the monastery construction was born when monks from a local monastery called St George found that an icon with the Saint was disappearing numerous times. They have been founding it on the top of hillside next to a village called Glozhene. Thus the monks interpreted this as a sign that there should be a monastery up on the hill and built it. The two monasteries existed in parallel for a short time, being connected by a tunnel to each other. This tunnel was used many times by Vasil Levski during his secret missions, but was destroyed by an earthquake in 1928. The monastery church was erected after the creation of the monastery in the 14th century, but was destroyed by another earthquake in 1913 along with its frescoes. The modern church was constructed in 1951 on the grounds of the old one.

We decided to visit the monastery on our way from the Central part of the country. The drive wasn’t long so we gave it a few hours. The colours of the forest weren’t very attractive but the atmosphere was splendid. Time here is in other dimensions… Landscape photo of the monastery

I was taking picture of the entrance arch when the priest walked past. Initially he stepped back and didn’t want to disturb my photography but then he came into role and posed for me with a bless. “Use the image as you like”, he said with a bless. 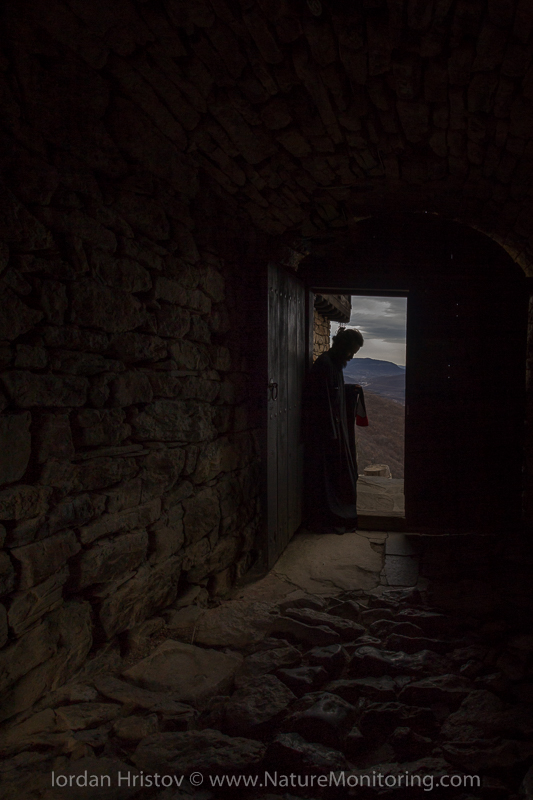 The priest of the monastery

view from the monastery 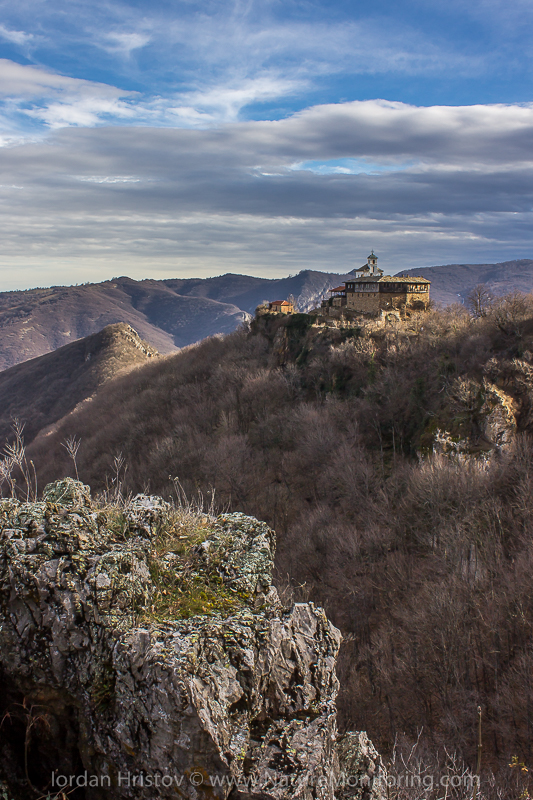 dark clouds over the monastery