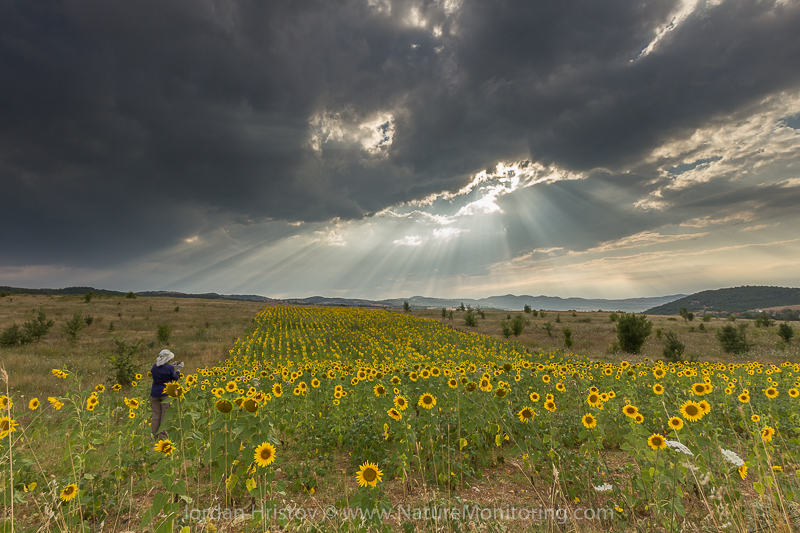 The day was very productive photography wise. We started early from our lodge to have more time for stops along the road. The weather was fairly chilly but we were keen for more birding. Our first stop for birding was high up in the mountains to search for birds from the conifer area. Our main targets were the Nutcracker, Ring Ouzel, Firecrest and Crossbills. Birds were pretty active and it did not take us long to locate our first Firecrest right by the car. So we enjoyed superb views and managed to take some great pictures.

About 50 m down the track we logged the Nutcracker. Although we heard it in the previous day we could not see it but now it showed well sitting on the top of a pine tree as they usually do. Shortly after this i heard both Ring Ouzel and Crossbill but neither of them showed. There were plenty of Black Redstarts, Serins, Linnets and Coal Tits. We spend about an hour in the area and soon we felt like leaving. At 2000 m a.s.l. was getting quite chilly and the wind was building up.

We stopped at a few more place along the way to see Pallid Swift when a man with an accordion started playing in the middle of nowhere. The sounds of the Rhodopes were echoing in the surrounding forest. What a great pleasure this was! We still managed to see the Pallid swifts just a few metres away from us.

After a pleasant lunch on the terrace of a nice traditional restaurant we continued our way to the East. We decided to divert a little bit to a cultural site known as the Devil’s bridge. Right after we got off the main road we pulled out for a family of Black Storks that were feeding in the fields by the road. This was one of the top birds to see of Steve. Congrats Steve. We would call them Steve’s Storks. The family stayed around for some time giving him enough opportunities for pictures. In the meantime i heard a Lesser spotted Woodpecker, Golden Oriole, a barking Roe Deer but neither of those showed up.

The bridge was rather busy but it was great seeing it and taking some pictures. We tested a variety of compositions from different positions and here is the most preferred one:

It was getting rather late and we pressed on to arrive on time for dinner but the weather and the light were getting so wonderful for pictures. We just could not stop it. We first stopped for a sunflower field, than for piles of hay when the booked time for dinner was approaching. Luckily we were quite close already so we were just on time.

“It is a great pleasure to be guided by a birder and a photographer”, said Steve, one of my guests. What a delight this was!

What a wonderful day. We listed a total of 29 birds. Although not many it felt like a very good day.