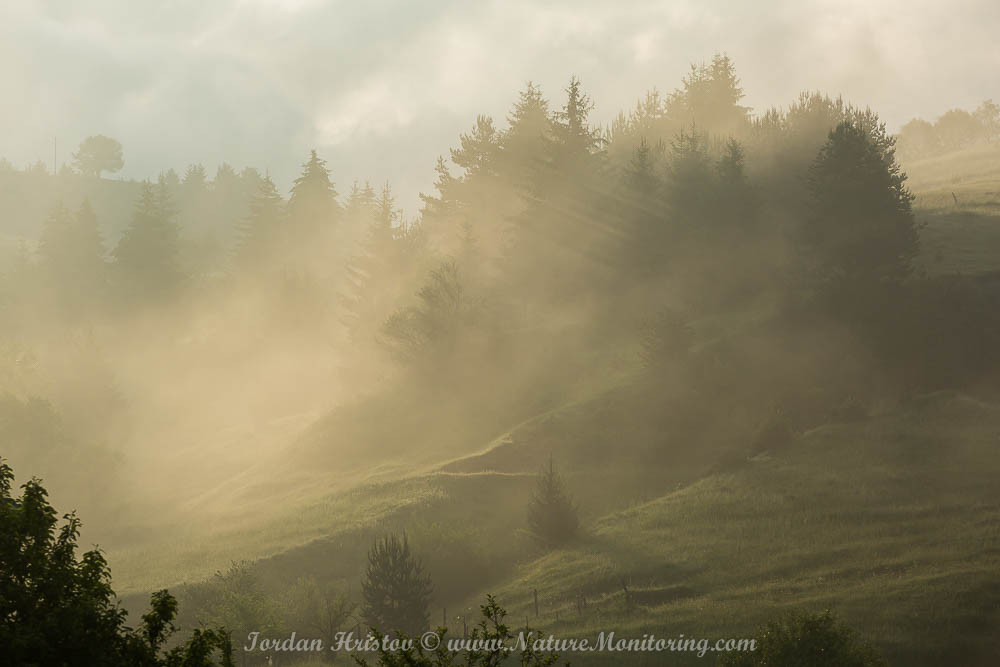 Weather: overcast with mostly rain in the afternoon.

Today was a bit quieter but we still managed to see some good birds. We had a great start with a Sombre Tit seen during our pre-breakfast walk when we also added Black Redstart, Serin and Pallid Swift. Light conditions in the morning were very interesting with some heavy mist and back light from the rising sun. It didn’t take much for the sun to clear it up but it did give some great photography opportunities.

After a wonderful breakfast with home-made jam we went to Trigrad Gorge in search of the Wallcreeper but in vain. We dipped on it. Instead we had wonderful views of Alpine Swifts and Crag Martins. It is not quite the same but didn’t regret it.

After spending an hour searching for the Wallcreeper we continued our way to the East. We went towards the high conifer area of Perelik chalet to search for birds from the habitat zone. However, the weather didn’t let us do much. We managed to see pretty well a Firecrest and several Ring Ouzels but the sky got dark very quickly, temperature dropped from 18 degrees Celsius to 7 degrees and we had a nice hail which sent us quickly back to the car.

We drove down from the mountains and stopped for lunch in Smolyan where we had a nice light and delicious meal. The afternoon was mostly travelling in the rain with occasional stops which proved very productive. At one of the stops we had a Hobby flying over and a Syrian Woodpecker sitting right on the top of a trip. The light wasn’t the greatest so we would need to search again for these birds.

At the next stop we had a Honey Buzzard flying low above us giving the best view for some of the group members. Right before reaching our hotel we had a brief stop to enjoy a small Bee-eater colony. However, the light was very poor so we called it a day. It was already time for a rest anyway.