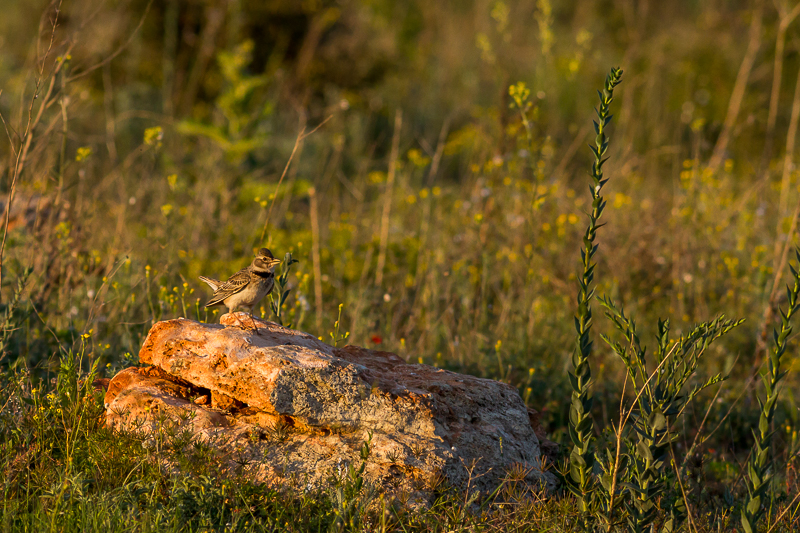 Before breakfast we did our usual walk around the hotel grounds and it was well worth it. We had fantastic views of Barred Warbler. Three birds were singing at different places. We also had a fantastic male Common Redstart and heard a Pheasant. 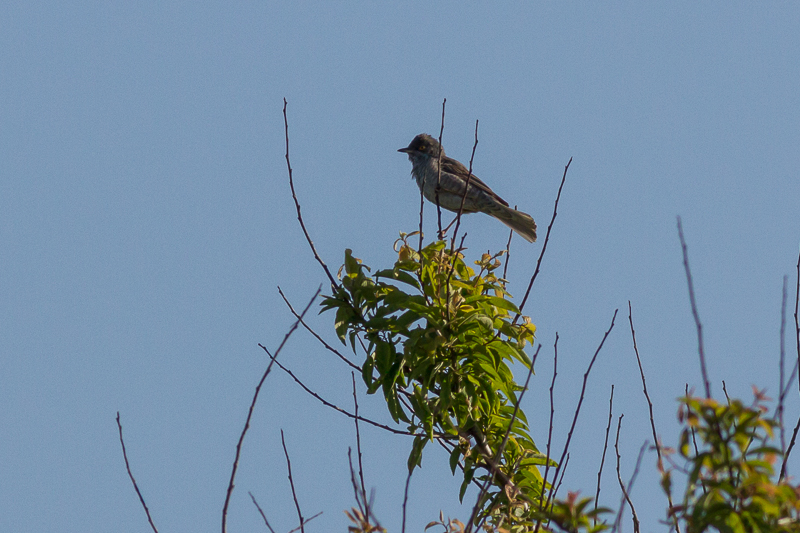 Enjoyed an idealistic breakfast in the restaurant of the hotel by the swimming pool but soon we were eager to go to our first proper place for birding for the day. It was our last day of full birding. Shortly after our arrival we spotted a couple of Ferrugenous Duck, and several Sanderling but the sighting of the place must be Savi’s Warbler which posed for us for minutes. We dipped on the Paddyfield Warbler which is strange because it is in the area but the light wind might have put it off. Here we also had a fantastic male Bearded Tit, couple of Grey Plovers in summer plumage, Black Tern, a group of Med Gulls and a small group of Whiskered Terns. Lunch time was approaching but we felt like stopping for a drink at the nearby restaurant on the very coast. Another idealistic place: We were sea-watching with a drink in our hands!

The next place also offered memorable experience. Just as we were approaching I noticed this small group of a dozen waders right in front of us. Quickly pointed the scope and a bird with vivid head marking stroke me right away…Broad-billed Sandpiper! Wow, “I was really hoping to see this one”, said Roy. It was a great delight to have this bird. Further scanning of the lagoon produced a few Garganeys which we were still missing from our trip checklist. It was time to change to habitat and we drove to cape Kaliakra.

Our main target at the cape was the Pied Wheatear and Yelkouan Shearwater. It did not take us much time to log both of them. We had about 4 pairs of the Wheatears and two groups of Yelkouan Shearwaters. The first group of about 30 Shearwaters wasn’t very close, but the second one of 10 offered much better views. A wonderful bonus was a group of 15 Common Dolphins that were jumping right out of the sea. What a memorable experience! 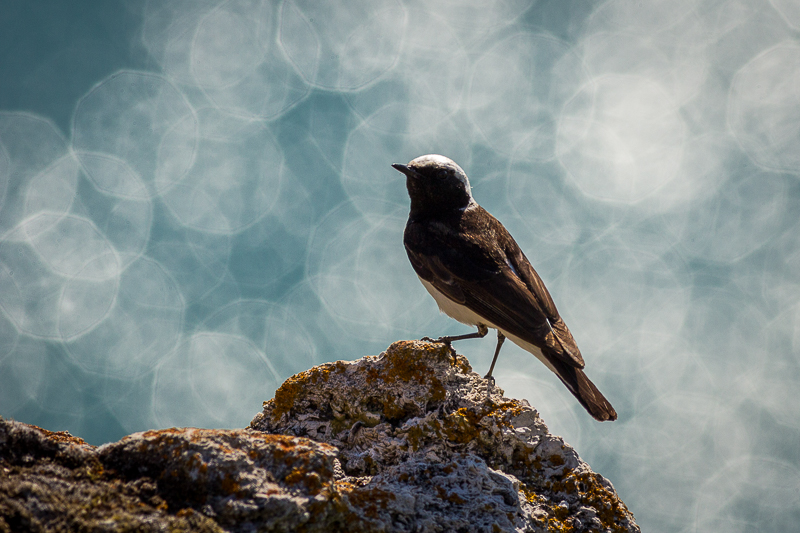 We ended the day with some birding in the nearby steppe. It was steaming with birds. Calandra Larks were everywhere but what we shall remember here was a male Golden Oriole which we watched for more than 10 minutes hunting caterpillars. The bird was showing its wonderful yellow underwings and tail. What a bird that is! We also had several Greater Short-toed Larks, Isabelline Wheatears, Tawny Pipits and THE bird – Stone Curlew. We had a total of 3 individuals, two of which were carrying food.

We the sun setting, we called it a day. For this leisurely birding we had a total of 109 species for the day! “I had never seen so many birds in Europe for one day”, said Roy, one of the group participants. The trip list counts 206 birds for 7 days. Not bad, I should say.