Today was expected to be an easy route and yes it was. It still took me just over 4 hours but they were easy. As i had already mentioned half of the 20 survey points were along a road so it was easy and more importantly, different, to what i have been doing.

There weren’t many spectacular birds to note but a few Ring Ouzels and a Rock Ptarmigan. Thus i quickly completed the route and headed south for my next route which was about 180 km from Kjopsvik so i carried on. 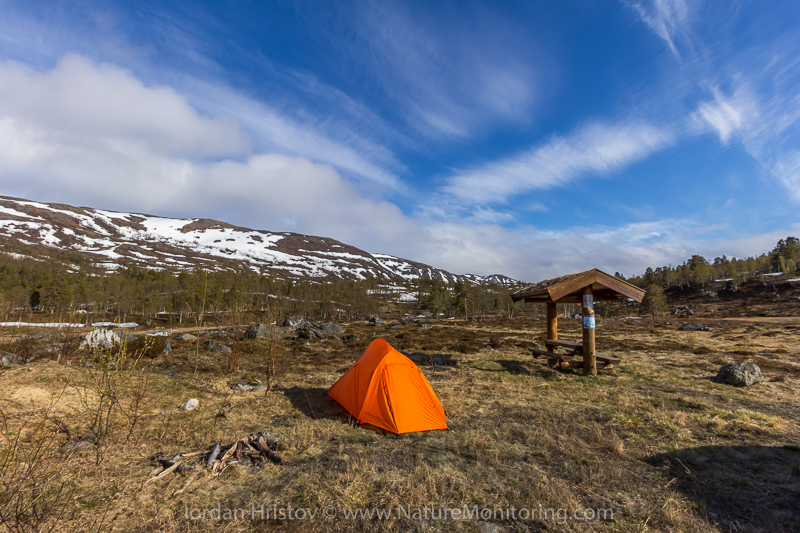 camping in the area of my next bird survey route

Not much to mention from the road. I arrived in a lovely area where my next route was going to be. This is another one i haven’t surveyed before. It looks fairly easy but somewhat tricky. There are a few big rivers which i will have to cross. Hope the observers have given some guidance from previous censuses. Thus i put the tent in a nice camping area in beautiful weather. Tomorrow is going to be a nice day.