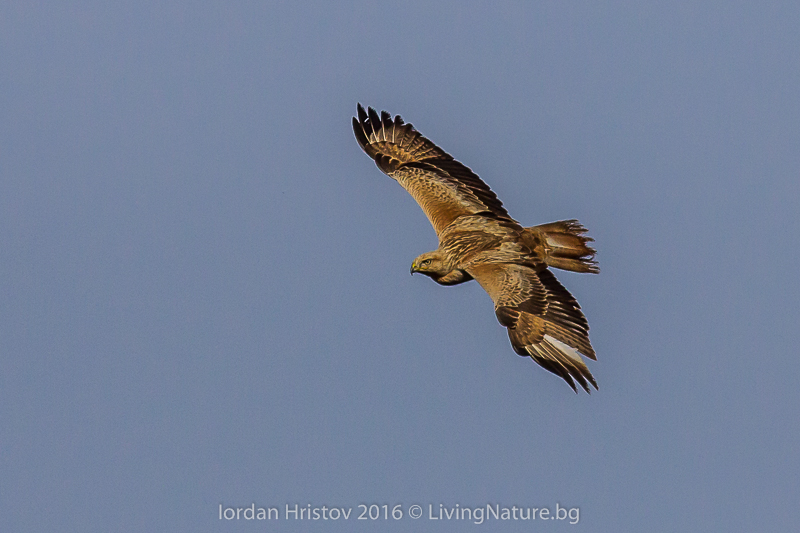 I just returned from testing two new photography hides for Eastern Imperial Eagle. Colleagues have been feeding the eagles weekly for a few months now and we had left a photo trap to follow the scene. However we wanted to experience the birds’ behavior from first hand and planned a trip to our hides.

Situated in Sakar Mountains these two hides are well positions in the realm of the Imperial Eagle. We put the food in the afternoon of the day before the photography session so that birds had enough time to find it. However, this didn’t prove the best practice for the second hide where we went a day later.

On day 1 we decided to test hide 1 which is slightly smaller than the other one. We woke up at 5,30 to enter the hide in full darkness not to disturb the birds. In an hour drive and preparation we were ready. We still had about half an hour before sunrise and decided to give it a break.

It did not take long until the first Ravens Corvus corax turned up. The light was still not enough for our 400 mm lenses but suitable enough for a video and we took some footage which we plan to compile into a short video at later stage. Later on during the day Ravens were flying in and out quite often so we had plenty of opportunities for flight shots mainly through the special photographer’s glass which did not affect the quality of the images. The ravens were followed by an adult Buzzard which stayed for over an hour until it filled its stomach. A young Common Buzzard also landed but it was not given the change to try the meal. There was a faint dispute over the meal but nothing to show. 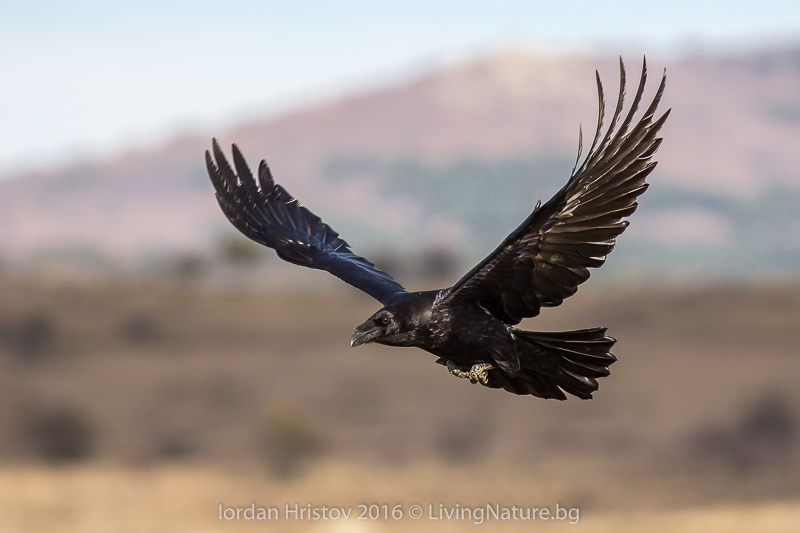 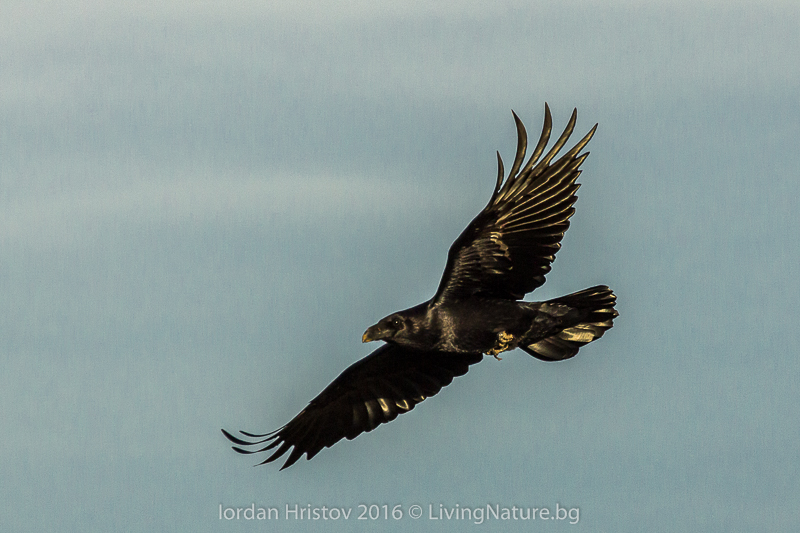 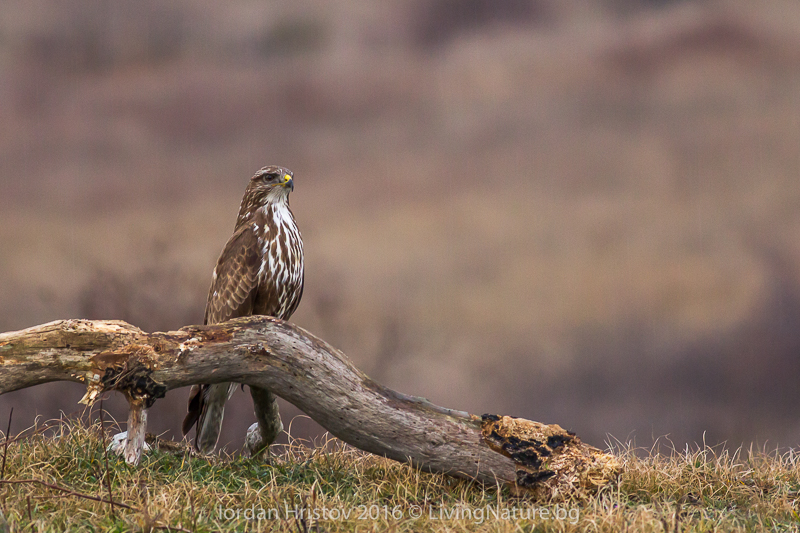 We did see both Imperial Eagles of the local pair patrolling their territory but neither landed in front of our hide. The temperatures seem to be too mild and the birds still find their own food which is good. 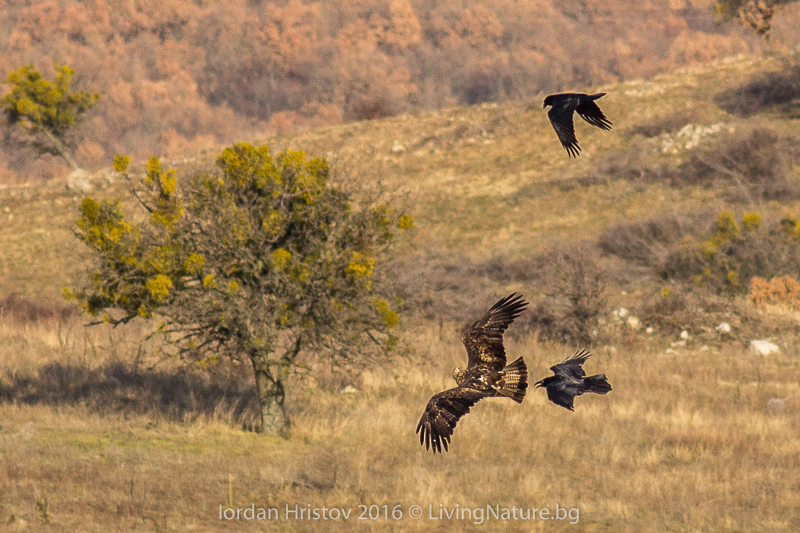 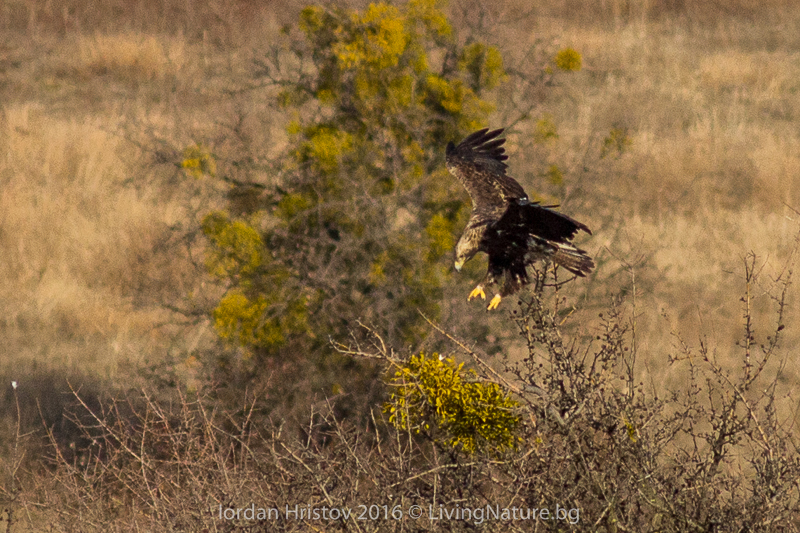 We stayed until the end of the day to avoid disturbance.

On day 2 of the bird photography hides test we entered the bigger and more comfortable hide 2 following the same procedure with early start. Once we had some light we realized that all the food was gone although we had intentionally fenced the area to prevent predators from reaching the food for the Eagles. It did not take us long to realise what the reason was. Over 35 Ravens and 4 Common Buzzards landed at the feeding site shortly after the first light appreared. All the birds landed at once. It was such a spectacle! I can image what might have happened yesterday. In a while a pale bird turned up which caused some excitement thinking of a juv. Imperial Eagle but it was a fantastic Long-legged Buzzard. What a bird!

This time we didn’t stay long but we learnt our lesson and this session proofed really productive. Although we did not make award winning images, it was important to experience the way things work. We shall keep testing the hides to be better prepared and experience birds’ behaviour for the next season. Stay tuned for more images and stories from our hides.