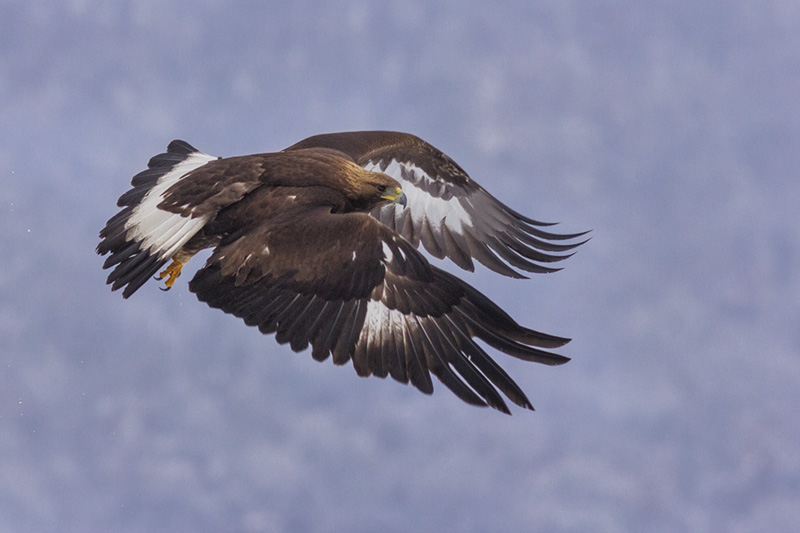 I got the opportunity to guide a hide photography trip for Golden Eagles and Dalmatian pelicans organized by Wild Echo and Patrick Dieudonne. The group of 4 French photographers and their leader arrived in Sofia and we headed to the Eastern Rhodopes for our first photography session. We had heavy snow in the last couple of weeks and it was a challenge to access the hides. We had big discussions where to go but finally made up our minds and we did not regret it.

On the way to the Rhodopes, we made a quick stop for Pygmy Cormorants which roost in their thousands just a few km off the motorway. We took the chance because the species was of interest and soon we got our shots with backlight from the setting sun. A Crested Lark made a show right by our van and another tick for one of the guests. “Good Start!” he said, “Two new birds for 20 min before dinner.”

It was getting late and light was fading so we hit the road. Three hours later we arrived in a comfortable family run guest house in the middle of the Eastern Rhodope where the hospitable owners had prepared a wonderful dinner. We retreated after a few drinks to get ready for the coming day.

Since it was our first day after the travel we decided to start a bit later. This gave us some time for landscape pictures. The heavy snow in the area presented wonderful opportunities since this area is not the most visited in winter. Moreover, heavy snow is not something typical for here so we took the chance.

Mist had closed the sky but creating very special atmosphere. Light was occasionally penetrating through the mist giving some nice rays.

An hour later we headed to the hide for Golden Eagles. Accessing was really a challenge but due to the efforts of the local person maintaining it e managed to get right to the very place. The guy needed 3 days to dig out the snow off the track and put some sand on it. We set up the cameras quickly and exactly 3 minutes after the vehicle left, a Golden Eagle landed in front of the hide! Wow! This was really amazing! What a preparation! This was really professional! Soon we started taking pictures. Later on came another of the three birds from the area. For this first half a day we had 2-3 sessions with the eagles which fed for 30-60 minutes each. That was a damn good start!

On the following day we had to enter and exit the hide in the dark. It was going to be a full day full of excitement. We had all the three birds landing at different times, two birds together, calls of the juvenile bird and very active behavior. We got what we wanted and still had a spare day. 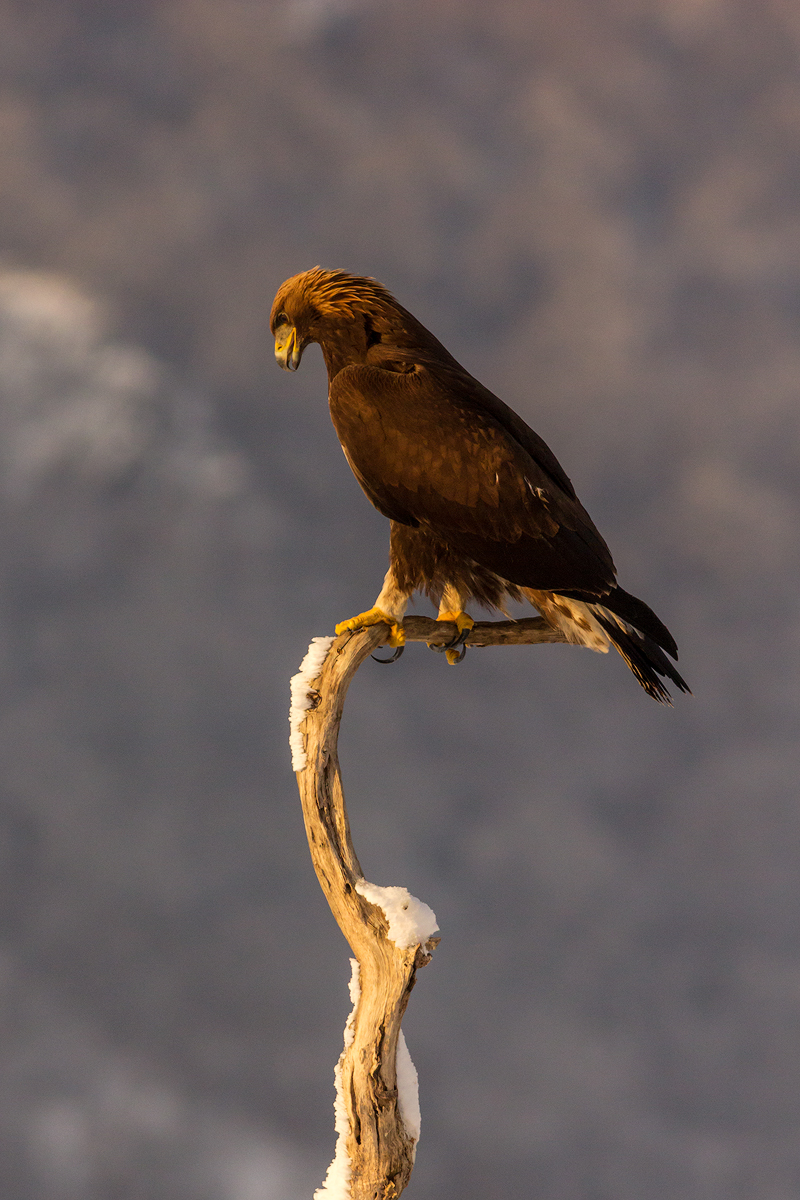 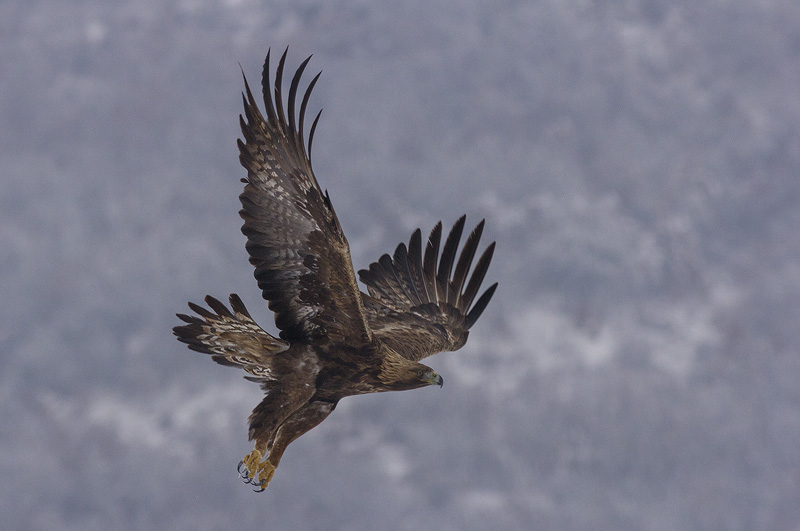 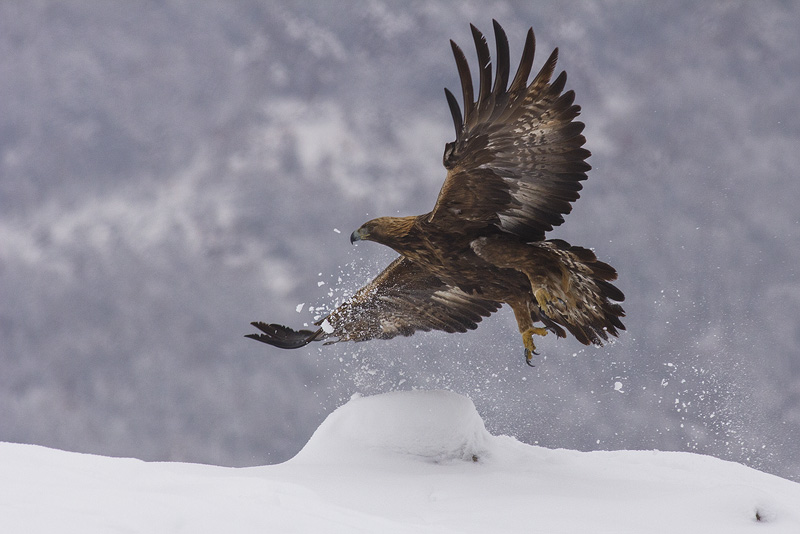 On the following day we wanted to do something else. We had enough of the Golden Eagles and our French photographers were happy to experiment with a new hide made for birds in flight. Another early start for an exciting day and the alarm clocks rang at 4,30 a.m.! In an hour we arrived in a very cozy hide with a large panoramic one way mirror window allowing us to observe the whole area. The hide was on the top of a small mount allowing birds of prey to circle around it. For the day we had a group of 15+ Griffon Vultures and some distant views of Common Buzzard but not many pictures. Anyway, we were very happy with the eagles from the previous day. Everyone was very excited.

On the following day we left the area heading to our next main target bird: the Dalmatian Pelican. Before that we were going to have a session with garden birds. On the way to the hide we took a brief stop for a Long-eared Owl roost, Little owl in a chimney and Grey Partridges feeding by the road. Our guests were really impressed by the photography opportunities that exist everywhere along.

After the quick snaps of Long-eared Owls we stopped for lunch in a wonderful fish restaurant with very delicious meals. Again, the guests were amazed by the quality of food served everywhere in Bulgaria. 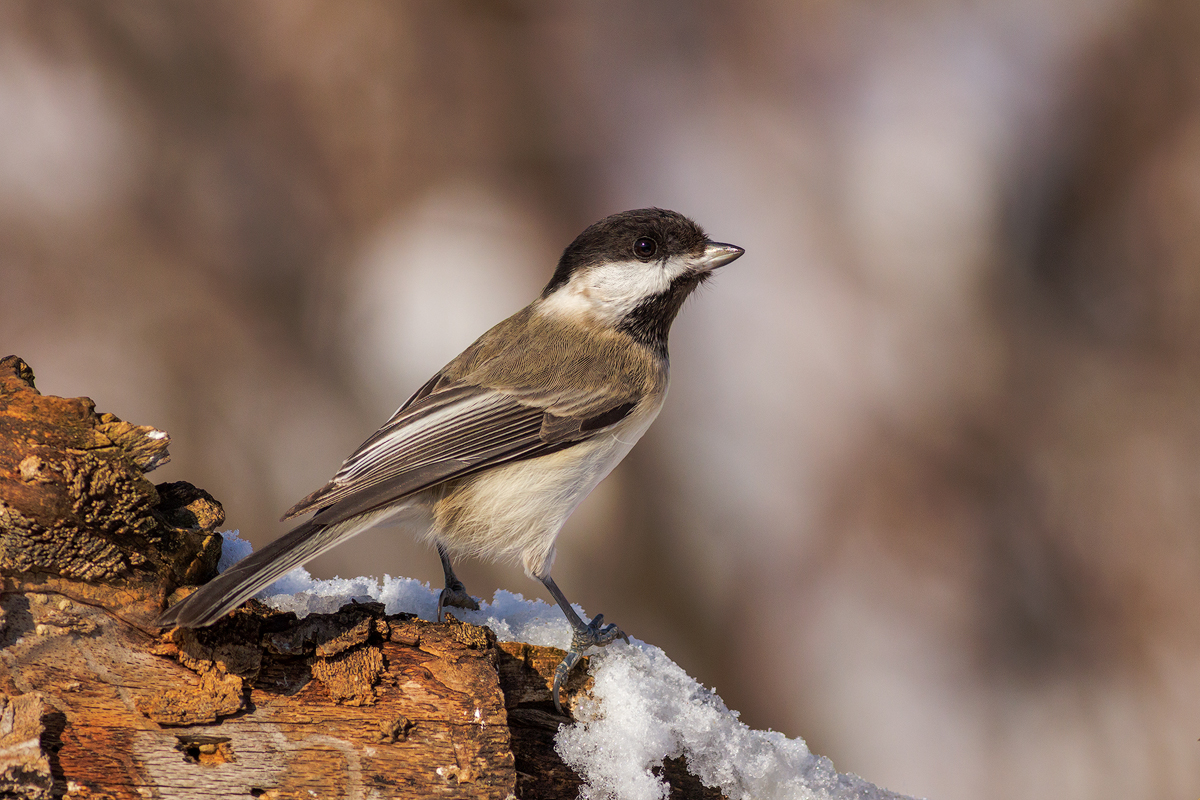 On the following morning we entered a small hide for garden birds and managed to take some good pictures of Sombre Tit, Syrian woodpecker, Brambling and some other more common birds. At lunch time we headed towards our pelicans.

The conditions at the pelican lake were also a bit delicate since in the last few weeks the lake had frozen for the first time in the last 16 years. I was really worried before the trip but now I am glad that everything is fine and pelicans were actively feeding at their usual place. 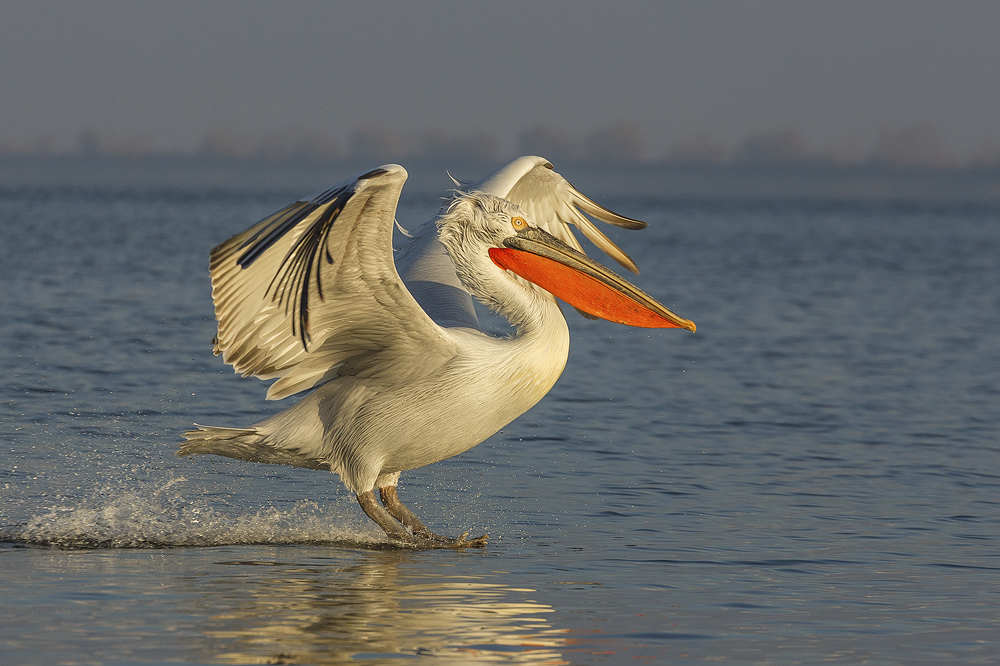 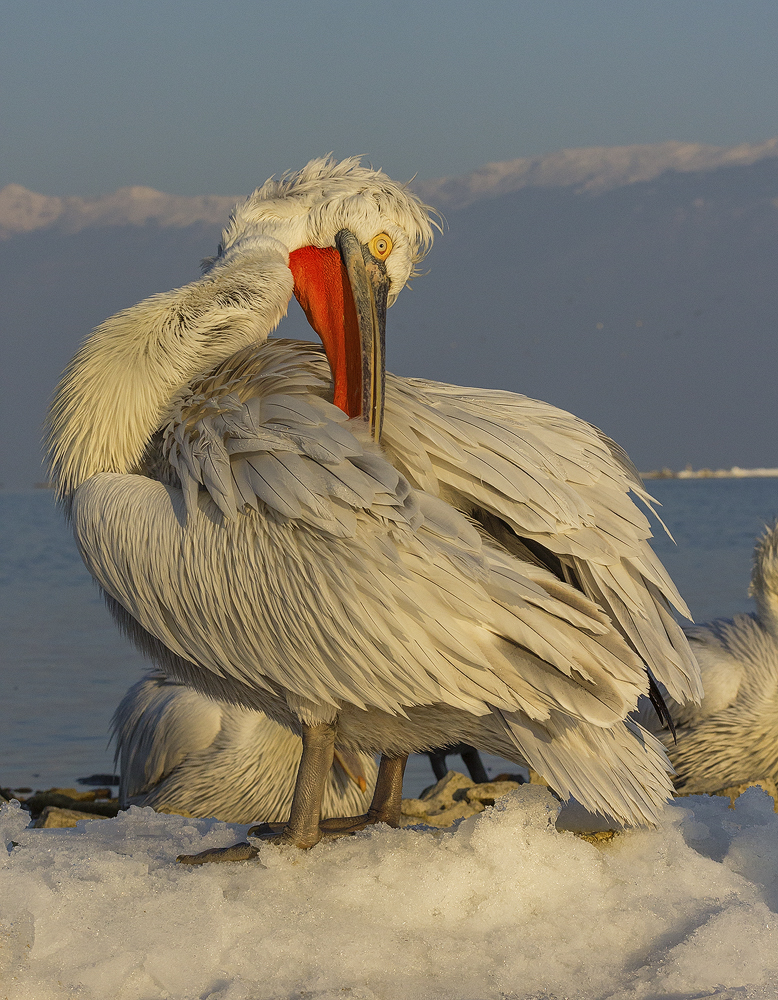 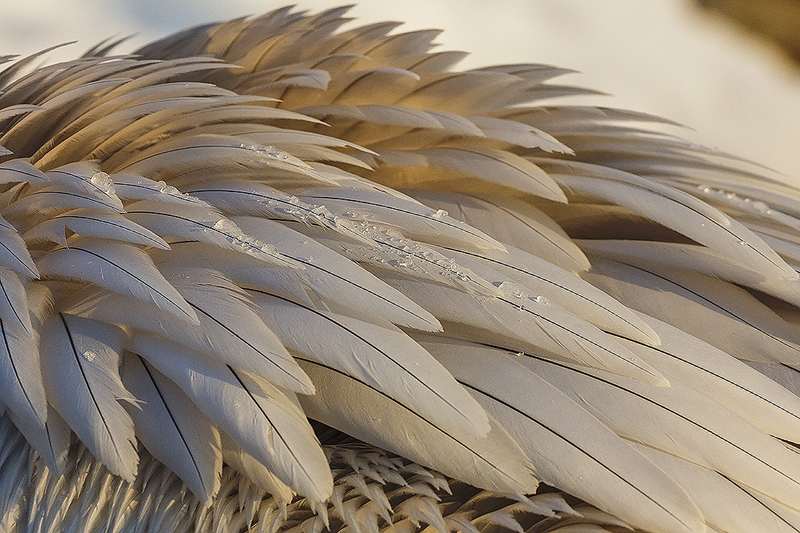 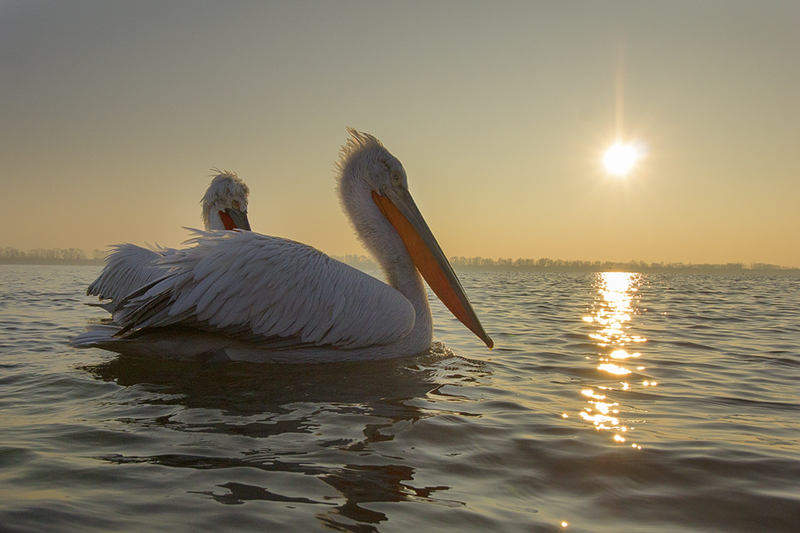 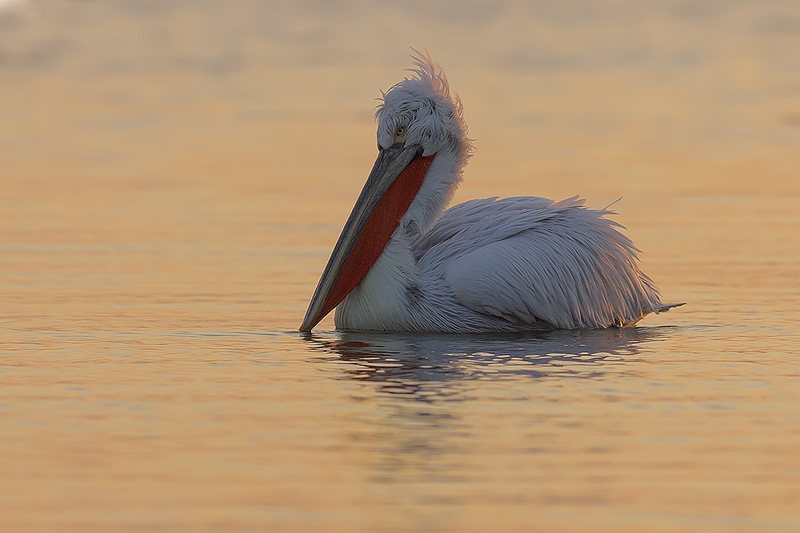 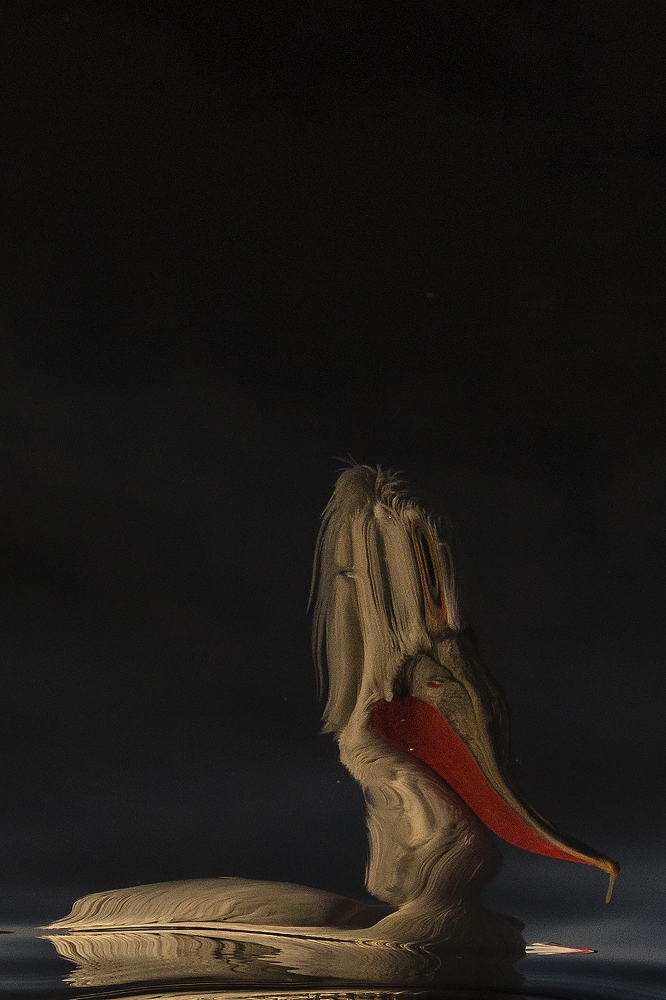 We made an early start to get the first light from the rising sun. What a morning! After the cold mountains, here was really mild. Atmosphere is totally different. Shortly after our arrival we started taking pictures. There was no debate here, it was really fantastic. One of the participants felt the beginning of the wonderful day and mentioned it but regretted later on when he got stuck in the mud of the lake. It took us half an hour to get him out but soon he was ready for some fantastic sessions with the pelicans. We fed them from about 20-30 cm and had a few boat trips to present a variety of angles and conditions for photography. We spent a day and a half in the area and everyone agreed that we could not get more than this! The plan was fulfilled! Targets were accomplished and we still had some time before our last night so we decided to do something else. I suggested the opportunity for Nutcracker photography which was well accepted and soon we were back in the snow in the mountains of Bulgaria.

There were many cars along the road to the ski resort where the Nutcrackers are but we managed to get through and save us from carrying gear. Initially our guests did not look very optimistic but patience paid off and we had 5-8 Nutcrackers at a time only 3-4 m away from us. Everyone is happy again! At the end I had the feeling that people enjoyed this much sought out bird for pictures more than the pelicans. It was worth the visit. 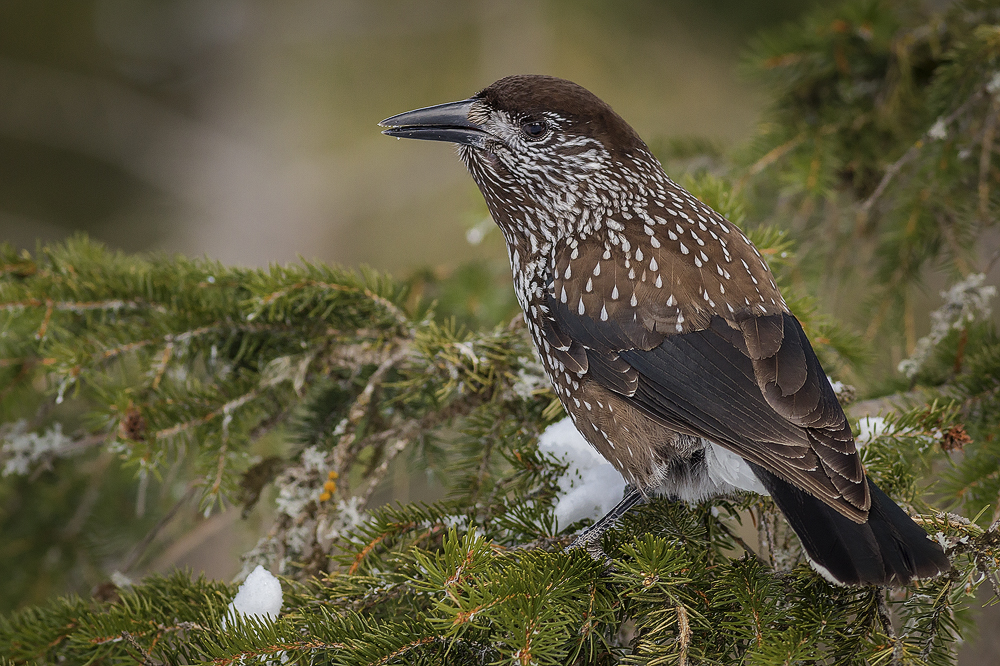 Well the week was over and none of us felt how quickly it had passed. We had fantastic moments with the Golden Eagles, Dalmatian Pelicans, Nutcrackers, Long-eared Owls and a few garden birds!

Everyone is already asking for another visit in the future which means I have done my job well!

What a fantastic trip we had!