Western Capercaillie is an enigmatic bird to photograph. After a successful Capercaillie workshop in the beginning of april I took a client to the same area.

The day of our arrival didn’t look very promising Capercaillie photography. It was rather dark shortly after the stormy weather and the birds wouldn’t show up in this new snow. They needed it off the tree branches and not too soft to be able to walk on top of it. This made them stay hidden for most of the second day. Although the morning was really beautiful just as they like it here, the birds wouldn’t show up before the snow is off the trees. This took some time until the sun did its job. We spend most of the our second day wondering around the territories of the males but had no luck for most of the day.

At certain point we were even hoping that the Capercaillies stay hidden because several motor sledges came over to the area regardless that it was prohibited. When most of these sledges were gone one of the males appeared. Beautiful bird. It was already 4 p.m. and the light was just right. It came really close suitable even for wide angle shots. We used full frame with 300-800 mm Sigma zoom lenses, crop camera with Canon 400/5.6, canon 10-18/4.5-5.6. The bird allowed experiment for over two hours when it stayed around us. I think my friend was pretty happy with the variety of photography opportunities. More time would have proven even more productive but we still managed to take a few shots.

Here are a few of my pictures: 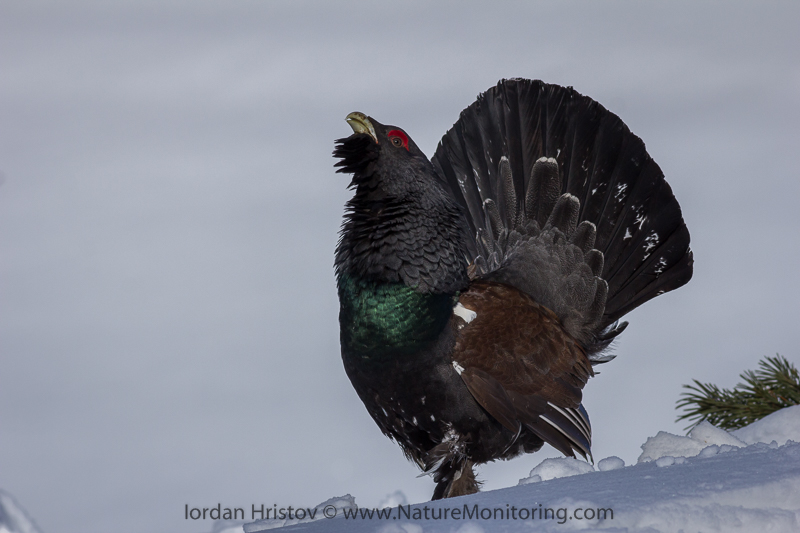 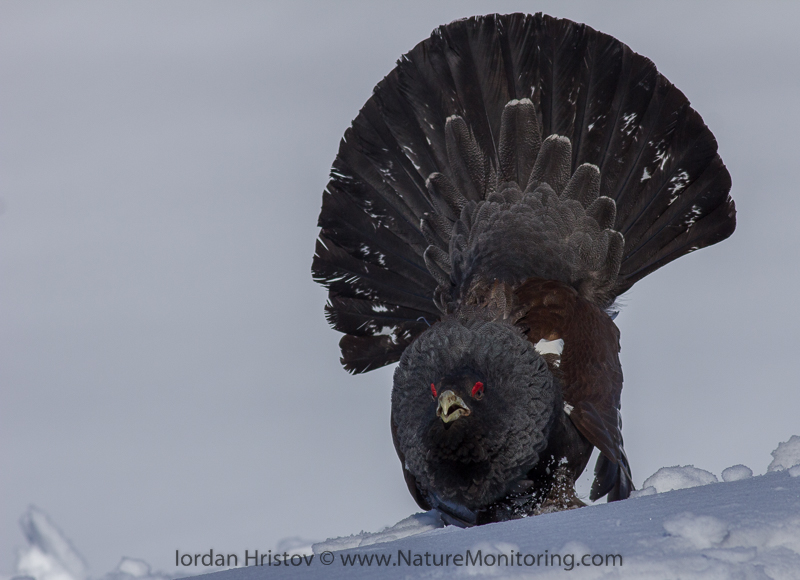 It was getting dark so we decided to go back to the chalet. On the next day we decided to descend from the mountains. Along the trail we had a few good birds like Pygmy Owl calling in daylight and Ring Ouzels.

If interested in taking pictures of these marvelous birds just drop me a line.