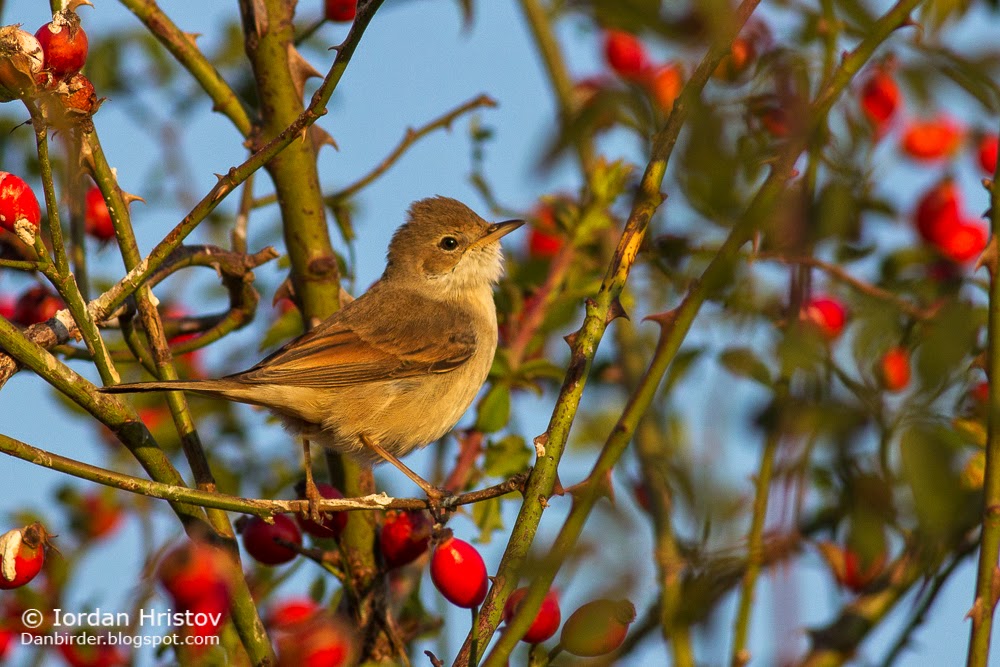 It’s been long time since I last went out birdwatching and photographing them. It was high time to spend some time with my favourite hobby and decided to explore the areas next to Sofia. It is migration time so there should be some birds around.

So I did, managed to wake up before sunrise which was a bit difficult and soon I was on my way early enough to arrive at my first location at the golden hour. It was steaming with birds. Migrating Common Whitethroat, Whinchats, Stonechats, Willow Warbler were all around the fields. The local Red-backed Shrikes and Crested Larks were also around so luckily I managed to get a few shots of these quite often photographed birds.

After spending some time here I went to the next place, a marshland further west. There, birds birds were already grouped. There were several flocks of 60+ Corn Buntings, 100+ Common Starlings, etc. In the marsh, couple of Ferruginous Duck and Garganeys were still around. Several Little Grebes, Coots and Marsh Harriers were also around. So soon I started building up my list for the day. I wanted to spend some time to try and photograph the Ferruginous Duck but the conditions were not right and I didn’t have the right equipment so I left the place and headed further west.

Flocks were even bigger and more in numbers. 100+ Corn Buntings in a flock. Here I wanted to check a site where birds often bathe but there was no water so no luck there. There were a few Common and Long-legged Buzzards, Water Rails, Great White Egrets and a single Black Stork. It was getting rather hot so I decided to go. Well it was a nice Sunday.