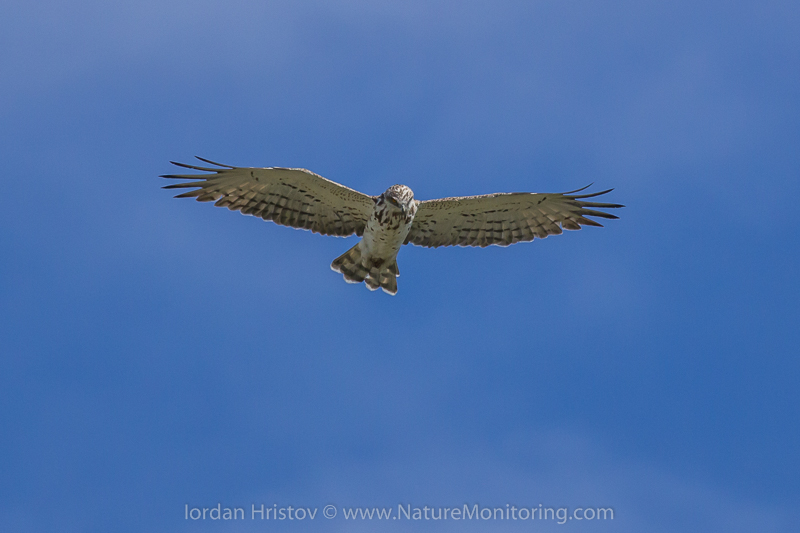 I just started a new birding trip hired by Naturetrek and its local operator Pandion Tours. For only a couple of days i will be guiding a group of 12 birders around the Eastern Rhodope mountains and further east towards the coast. The group consists of 10 British and 2 American birders.

We started from Sofia airport at 2p.m. and headed East towards Krumovgrad where we will be staying for the next two nights. We didn’t really have much time to stop for birding because the road is long and we didn’t want to arrive late. Neverthess we stopped at a place or two to stretch our legs and it was really productive. We had an adult Short toed Eagle hovering right overhead about 50m away. It stayed for some time and waited for us to take our cameras and big lenses. Marvelous bird. A Red backed Shrike was sitting in a bush right underneath and someone called a Marsh Harrier from the other end of the car park. Well, where to look now. It was fantastic.

We carried on relieved from the break and ready to do some mileage but a group of soaring birds caught my attention. Over 50 birds were soaring in the sky. Amazing! Then more stared coming until we counted 70+ Black Storks. In the distance a group of Bee eaters turned up continuing with the show. Wow what a start.

En route we also had a distant Booted Eagle, Lesser Spotted Eagle, Great White and Little Egret and quite a few Buzzards. It was a marvelous journey. Then we all got tired from emotions and kept driving for the next hours.

We arrived in our hotel fairly late at about 8 p.m. but very happy with the birding during this traveling day.