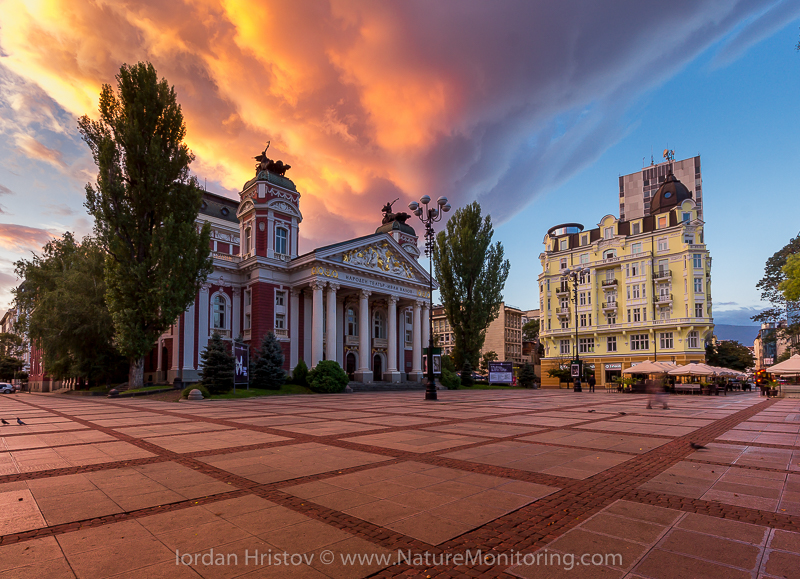 However much time you have to spend exploring Sofia, the capital of Bulgaria, you should definitely pack your camera, even if you only manage to grab a couple of opportunities to get out for an early morning or evening shoot. Whilst these 5 spots are best suited to cityscapes and architectural detail, Sofia is also a wonderful city for capturing street photography and candid moments. Here are some of my favourite locations and tips for sunrise and blue hour – I hope this will help you get the most of whatever creative time you have in my home city…. enjoy! 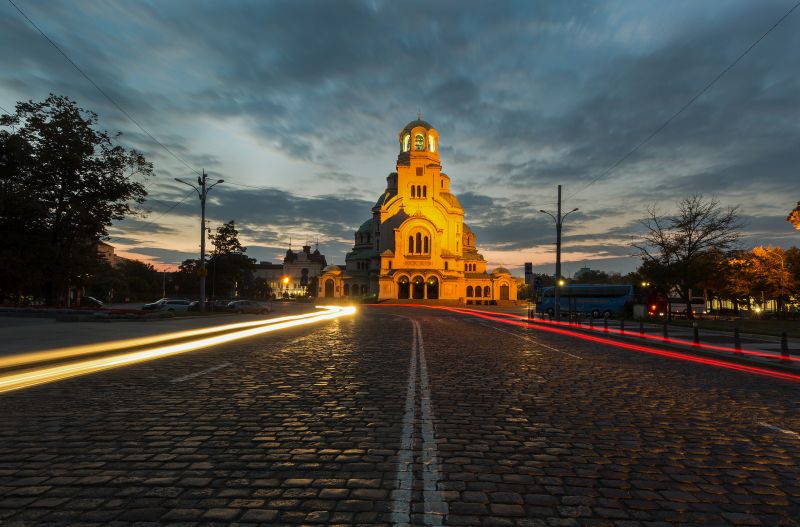 Named after a 13th c Russian prince, the Alexander Nevsky Cathedral is one of the top photographic sites in the city and one of the largest cathedrals on the Balkan peninsular. It offers immense potential throughout the season in pretty much any light conditions. Construction began in 1882 and was finished in 1912 in honour of the Russian soldiers who died during the Russian -Turkish War of 1877-1878, as a result of which Bulgaria was liberated from Ottoman rule.

The cathedral, built in Neo-Byzantine style with a cross-domed basilica and gold-plated central dome, has a luxurious interior of colourful Italian marble, alabaster and Brazilian onyx.

The building housing Sofia’s Museum of History dates from the beginning of the 20th century (1913) and was formerly home to Sofia’s Central Mineral Baths. Its colourful facade is designed in Vienna Secession style and integrates typically Bulgarian, Byzantine and Eastern Orthodox ornamental elements. It was built near the former Turkish Baths which were later destroyed and used as the city’s public baths until 1986. The history museum has been housed here since 2015.

Tip: Try incorporating the cobblestones in front of the building as foreground. In summer months the fountain at the front will be in operation. 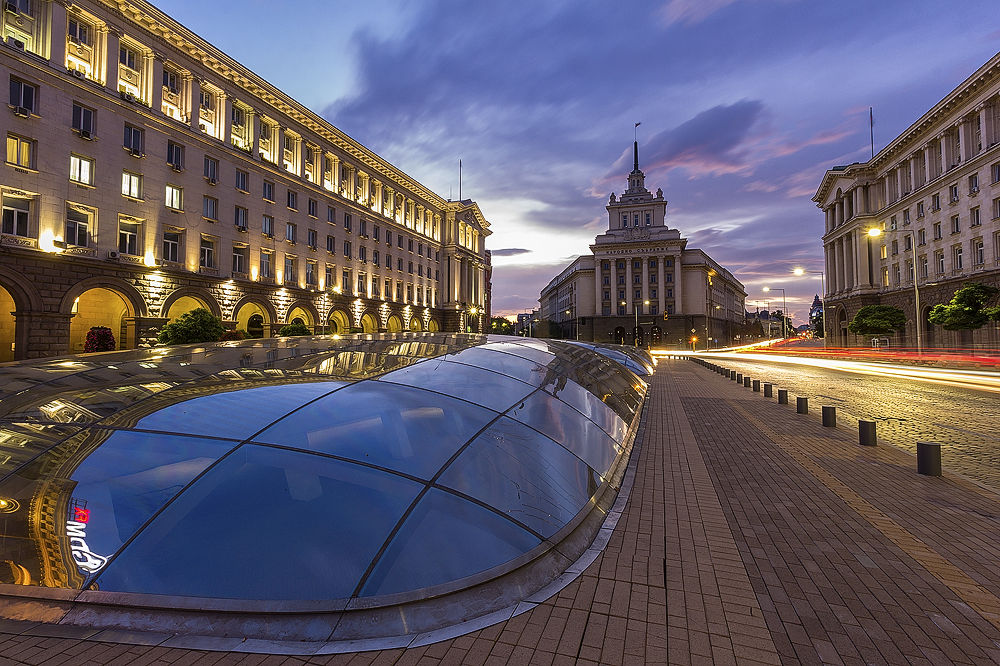 This square is a prime example of Socialist Classicism architecture in Southeastern Europe, and one of the main landmarks of photograph in Sofia; the Largo. It was built in 1950 to serve as the headquarters of the Communist party of the time. The square consists of yellow cobble stone streets surrounding a small garden, with a glass roof covering the ruins of the ancient Thracian and  Roman city called Serdika. Surrounding the gardens are the house of the former party, the President’s office and the Council of Ministers.

The guards in front of the President’s office change shifts every hour, marching in and out of the office.

Tip: Shoot the light reflections on the glass roof and use them as leading lines.

The National Theatre is another important landmark in Sofia. Built in 1907 in Neoclassical style, it is the oldest and most authoritative theatre in the country. The theatre had to be rebuilt several times after a major fire in 1923 and after the bombing of Sofia during the Second World War.

Tips: Use the leading lines of the cobblestones as foreground. 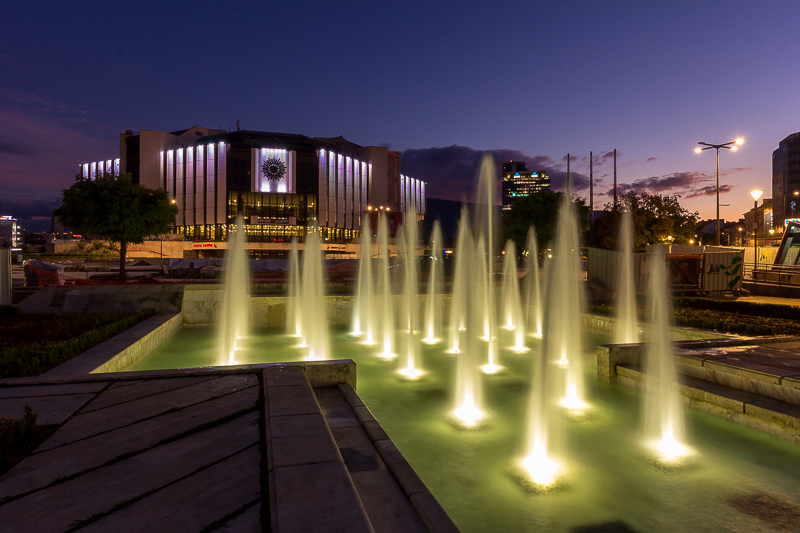 Built in 1981 in celebration of Bulgaria’s 1300 anniversary from its establishment, the National Palace of Culture serves as a centre for exhibitions, concerts and conferences and is another major landmark in Sofia.
The square in front of the building has long lanes with fountains which offer fantastic opportunities for composition. The horizon is open to the west offering opportunities for sunset and blue hour photography.

Tips: Best at blue hour/sunset. Use the fountains as leading lines.

For all of these spots to photograph sofia I recommend bringing a tripod and ND filters and a variety of wide-angle, normal and telephoto lenses to capture the wider cityscape as well as focusing in on architectural details. Whilst some of these spots can be busy during summer evenings, they are still well worth visiting at blue hour. Longer exposures will usually eliminated crowds, or you may enjoy experimenting with including people in your composition.

Other sites in Sofia worth visiting are Sveta Nedelia church, the Russian Church Sveti Nikolai Mirlikiiski, Sveti Sedmochislenitsi church, the main building of Sofia University and you’ll discover many others as you wander. Churches are almost always worth a visit as you can shoot the interior which is truly fascinating, but be respectful of any worshippers in attendance.