In the past weekend I took part in the Mid-winter count of waterbirds organized by the Bulgarian Society for the Protection of birds. After the census I decided to check a few sites for some target birds for an inquiry from a customer for a birdwatching tour around Sofia.

We started the Mid-winter count at a quarry to the East of Sofia. It was a beautiful morning with the sun coming up gently and warming up the crunching snowflakes. Everything was absolutely frozen. The deep water of the quarry was not deep enough to stay unfrozen. Regardless of this cold weather birds were around and shortly after our arrival we started counting: 1100 Mallards, 200+ Coot, 200+Teal, couple of Common Buzzards and Kestrels. News from local hunters suggested there were a few Pygmy and Greater Cormorants but we couldn’t see them and we moved to the next place.

Former fishponds were converted into a quarry regardless the objections of the local Bird Society. Now everything was frozen and we only saw a couple of Hawfinches, Reed Buntings and Great White Egrets. There was no reason to spend more time around here. 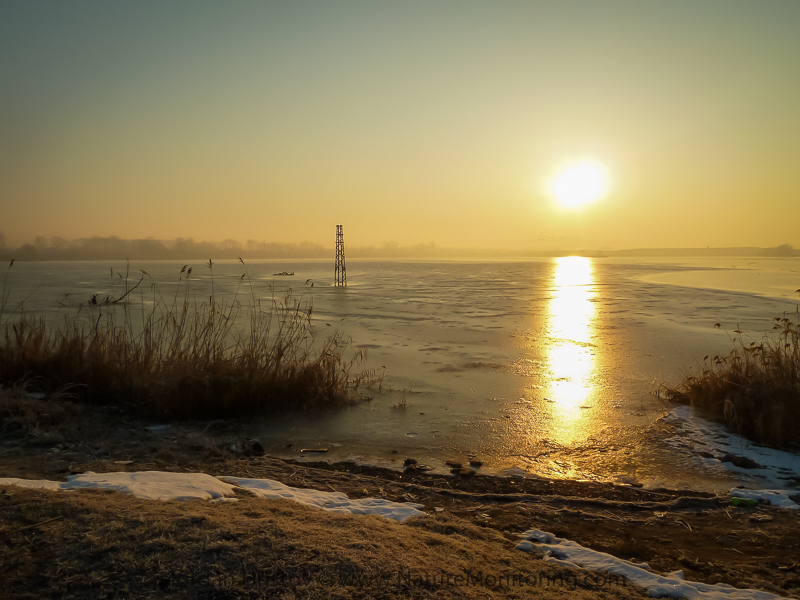 The next few places were pretty quiet. They were all frozen and we recorded only a couple of Magpies and Corn Buntings. There was a place in the area that was not frozen. That’s where the birds have to be. It is a small fishpond with spring water. Upon arrival we bumped into a Bittern which was only about 5 m away from the car. It stayed still pretending to be a reed but too close to be mistaken. After that we recorded 15+ Little Grebes, 2 White Wagtails, couple of Great White Egrets and Grey Herons, Great Grey Shrike and a superb male Hen Harrier. At least two Eurasian Sparrowhawks were actively hunting around the village nearby. Bits of excitement overtook the atmosphere after this close meeting with the Bittern.

En route to the next place we stopped to check a day roosting site of Long-eared Owl. There were about a dozen birds sitting nicely on a leafless birch tree allowing some good views. There were hundreds of finches in the area: 100+ Bramblings, 50+ Hawfinches, Goldfinches, Greenfinches, 100+ Chaffinches, etc. The local pair of Kestrels were also around. After enjoying this gathering we carried on to our next place. The light was superb and we didn’t want to miss it.

The next place is a shallow marsh and it is needless to say that it was frozen. However birds were around. A Merlin was sitting right on the edge of the marsh, a group of 11 Grey Partridges flied round the corner, couple of Common Buzzards, dozens of Corn Buntings, Goldfinches, and Tree Sparrows were rather anxious when a Sparrowhawk approached. Right in the distance we noticed a rather interesting silhouette: a Goshawk. Wow, it is always so special to see this master of the sky. Happy with the views we carried on to our last place another marsh not far from the border with Serbia. 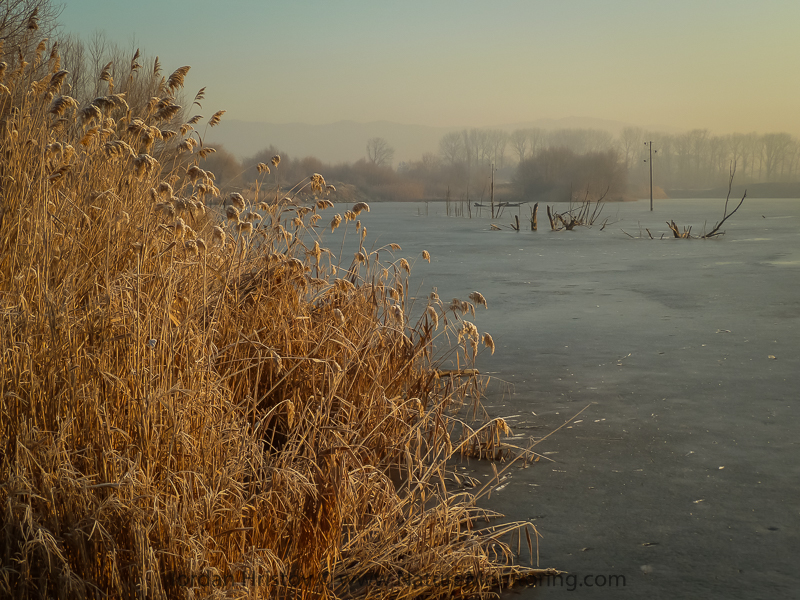 Just as the previous one, this was also frozen. Two Little Owls were sitting on the tops of chimneys in the village nearby and a couple of Hen Harriers and Common Buzzards were patrolling the fields around. A Red Fox was hunting amongst the reeds at the setting Sun.

Thus we ended the Mid-winter count. It was a lovely day with some great birds and landscapes.