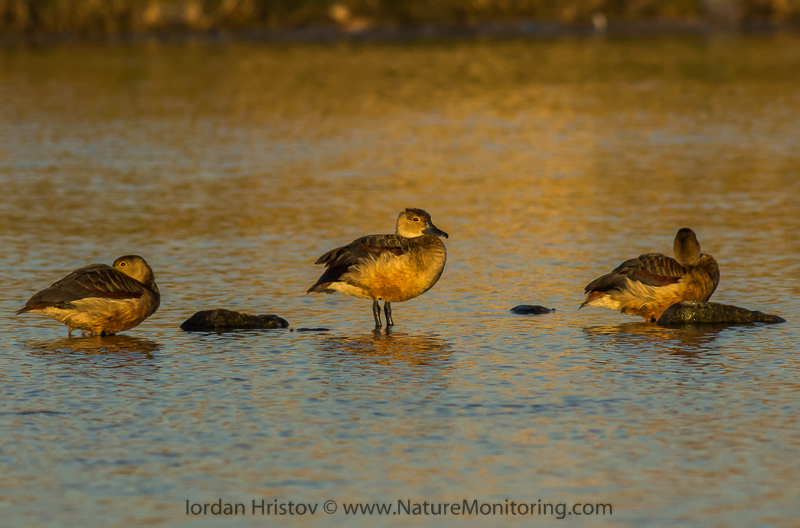 The night wasn’t quite relaxed. The place where we stayed had quite a few mosquitos that didn’t let us sleep all night long. We are quite exhausted now. We packed quickly and off we went to the nearby wetlands which offered some good birding.

Once we arrived at the place we scanned quickly and excitement took over. There was a Pheasant tailed Jacana just couple of meters away. I grabbed my camera and went off to try and take a picture of this lovely bird at the morning light. These birds are quite shy so I have to act with caution. Approached it down to about 30m and took a few shots. It was a bit far but that was everything I could do. We carried on scanned and about 5 min later a group of ducks started coming down to the wetland. They looked really strange. I certainly have never seen anything like that. Ran back to the car for the bird book. My first impression was for some sort of an Indian ducks. Bob suggested they were whistling ducks and I checked the book. Indeed they were Lesser Whistling Duck…Wooow… I have never expected to see this bird. On the bird guide for the birds of Middle East the bird is shown as a vagrant so this is quite a sighting. We had 11 birds right in front of us. 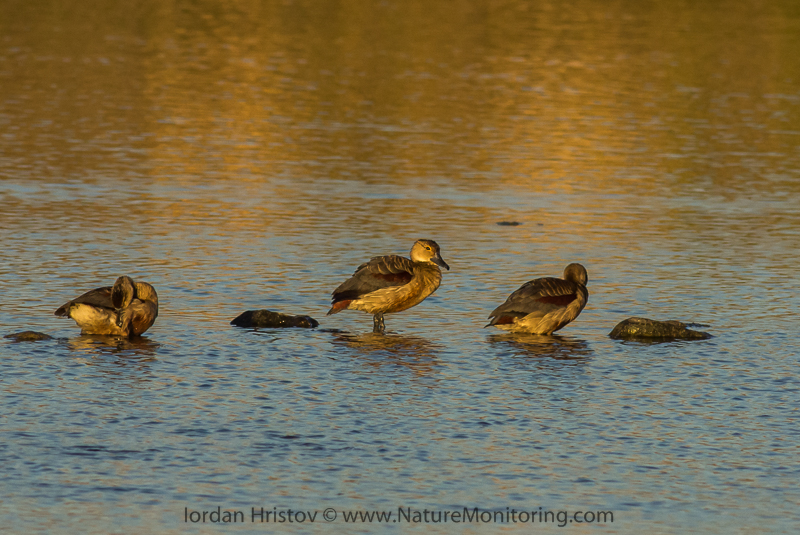 Later on once we consulted the authorities these proved to be the fifth record of these birds in Oman ever. Fantastic!

In a while we changed the location to look at the sea. Couple of Socotra Cormorants were fishing not far from the shore. We wanted to see some see seabirds because we were still short of them. We kept looking at the sea and soon the next result came. Three Masked Boobies were diving in and coming towards us. We also had some Great Crested terns, tens of Sooty Gulls, Slender billed Gulls and a few Sanderling. In the area we also recorded a Daurian Shrike, Citrine Wagtail, a few Common Snipe and a very odd Tufted duck which had a white bottom. At about 9 a.m. we decided to go.

We witnessed some very odd habits of locals which I will not comment but they only show the lack of running water and sewage facilities in the town. Although we had such in the hotel, apparently people don’t have it in their houses. They were all going to a small spring to brush their teeth. Honestly the spring didn’t look very clean but it is perhaps the only water supply in the area. People were even filling up bottles from that spring.

Soon we headed north. In a couple of hours driving we decided to take a break and stop at a vast mudflat where we expected to see Crab Plovers. The mudflats are called Khawr Ghawi and they are 8km long divided by the sea with a sand spit. Thus creating some superb habitat for waders The place is open to the sea from the north so water can come in at high tide. The access to the area is pretty limited and we didn’t have much time but managed to add a few birds to the trip list. Some of the highlights here are: Terek Sandpiper, Greater Flamingoes 50+, Western Reef Heron, Osprey, Greater and Lesser Sand Plover, Caspian Terns and a very odd looking Curlew with extremely long bill. We wanted to make it an Eastern Curlew but never managed to see the underwing.

We carried on along our way to the north to spend the night around Bar Al Hikman and the island of Masirah – the paradise for waders in the Middle East. It didn’t take us long to get there. The roads were pretty quiet but a bit dangerous because of the wind and the sand that it had blowned on the road here and there.

Well, this would be our last night out. We decided to spend it camping. It was still a bit windy but with the coming night it eased. By the time we put up the tents, the Sun has sneaked over the horizon. We did the checklist and went to bed for a calm and relaxing night after the long day spent mostly driving.