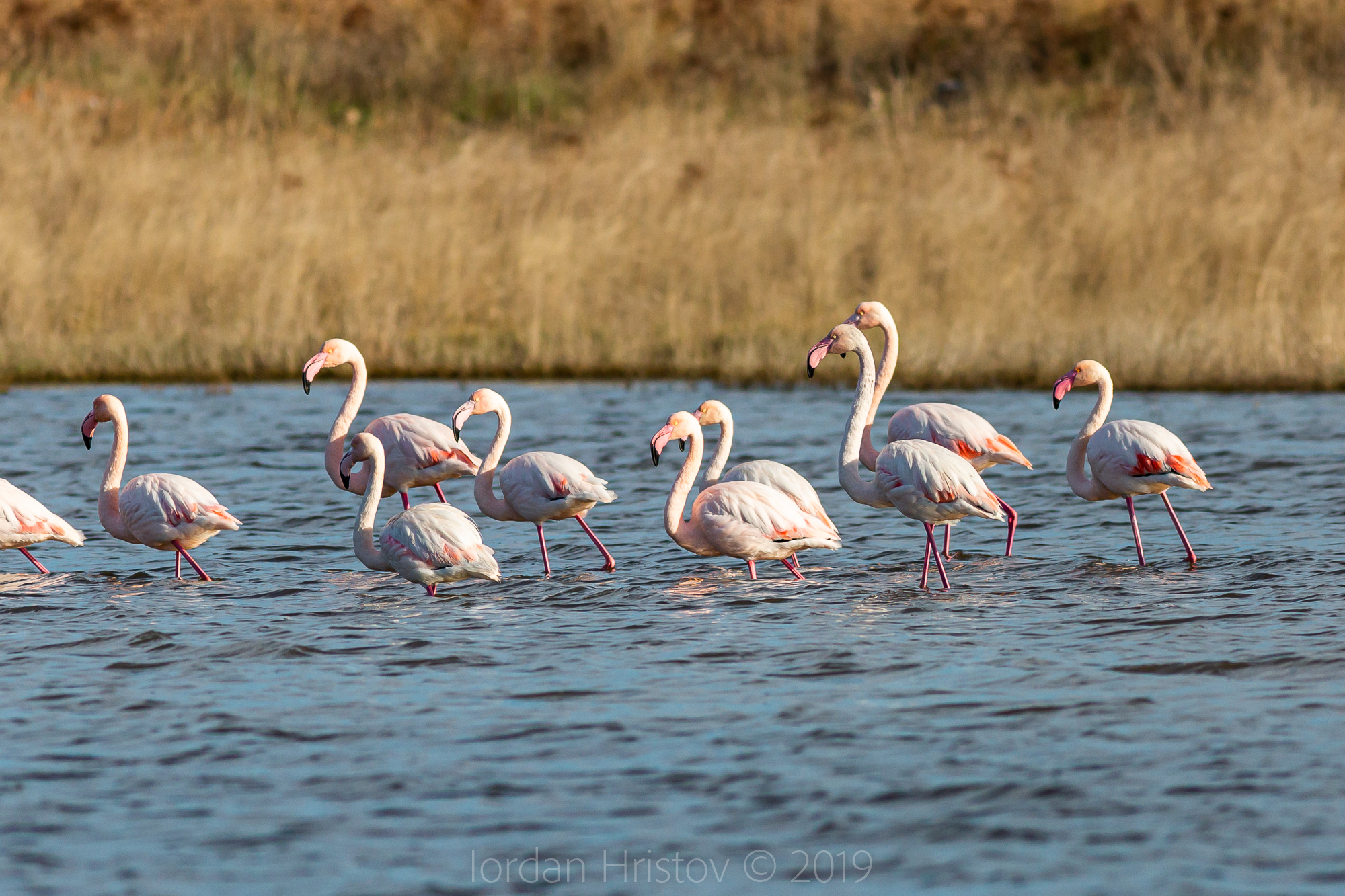 Just returned from a fantastic birdwatching trip to Porto Lagos in Greece. In the period 28.11-1.12, we visited some of the lagoons and lakes in the area, made a stop to Nestos Gorge and lake Kerkini on the way back to Bulgaria. Thus, we ended up with a total of 104 species seen and heard. The unusual weather produced some great and highly unexpected birds like Roller and Black Kite. It was fascinating to see thousands of Flamingos and Ducks of all species. We had great views of several White-tailed Eagles, Great spotted Eagles feeding on a kill, an Osprey feeding on a catch and made many more unforgettable moments.

We started from Sofia, Bulgaria early in the morning of November 28th and headed straight to Lake Ismarida (Mitrikou). The trip went very smooth and arrived at the lake in the late afternoon. We had about 2 hours to walk along a track that didn’t let us peek into the lake but added our first Greek birds. It was surprising to see that there were still many dragonflies, mosquitos and flies. Whinchat, was unexpected, quite a few Water Rails, over 200 Lapwings, a Goshawk, Syrian Woodpecker, Water Pipit, Hawfinch, Reed Bunting and many more. According to ebird, Brambling was the first record for the site. Once we were done with the path, we climbed up the hill nearby where we scoped the birds on the lake. We had Pintail, lots of Wigeon, Dalmatian Pelicans, Pygmy Cormorant and many more. A subadult White-tailed Eagle was sitting quietly on a tree on the edge of the lake. It was getting dark so we decided to head to our hotel where we were going to stay for the next three nights. See the checklist for Lake Ismarida here.

We started birding the area with Fanari lake. We had Hen Harrier, Flamingos, Dalmatian Pelicans, Hawfinch, Pygmy Cormorant, and many more. See the checklist for Fanari here.

The second place we visited was Porto Lagos Lagoon: a vast area flooded by the recent rain. There were literary thousands of birds. We were wondering where to look: Grey Plovers, Avocets, Spoonbills, Slender-billed Gull, Great spotted Eagle, Dalmatian Pelicans and many more.   For 2 hours we saw nearly 50 species. See the checklist for Porto Lagos Lagoon here. On the road to the next place, we had a Blotched Snake which was really slow but very aggressive and managed to bite me when trying to catch it.

It was time for lunch and we enjoyed a great picnic by the nearby church surrounded by birds. We had many Dalmatian Pelicans and Pygmy Cormorants, a Black-throated Diver, Sandwitch terns and many more. The weather was absolutely beautiful and shortly after lunch we were ready for new adventures. The place where the White-headed Ducks were supposed to be, was just across the road. It took us only a few minutes to locate one, then two, three, four. What a bird! Round the Western side of lake Vistonis we had a late Red-backed Shrike which didn’t look very healthy and was probably not going to make it through the winter. See here the full checklist for lake Vistonis.

The last place for the day were Mandra marshes where we had over 600 Flamingos at superb evening light. There were quite a few waders but all very distant. See here the checklist for Mandra marshes and coastal area. On the way back to our hotel we had an amazing surprise: Roller was sitting on a bush right by the road. Oh Wow! Roller in November! What a great end of the day!

Day 3 took us to the east of our hotel at Fanari and we explored the lagoons Karatza, Elos and Ptelea. We had great views of thousands of ducks, Flamingoes, a surprising Black Kite and a hunting Osprey. 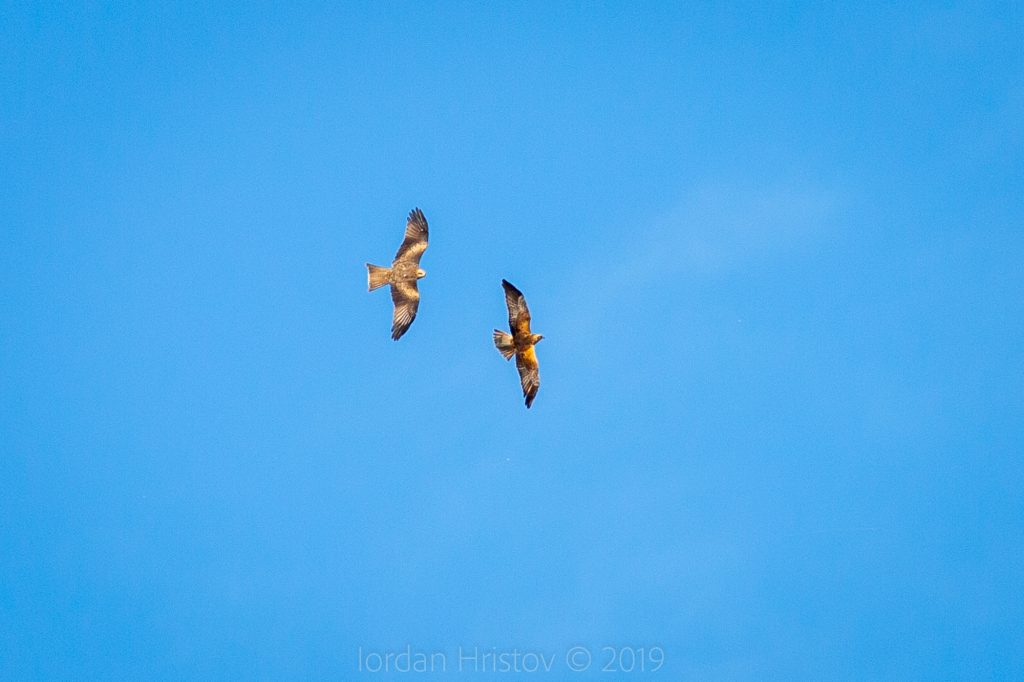 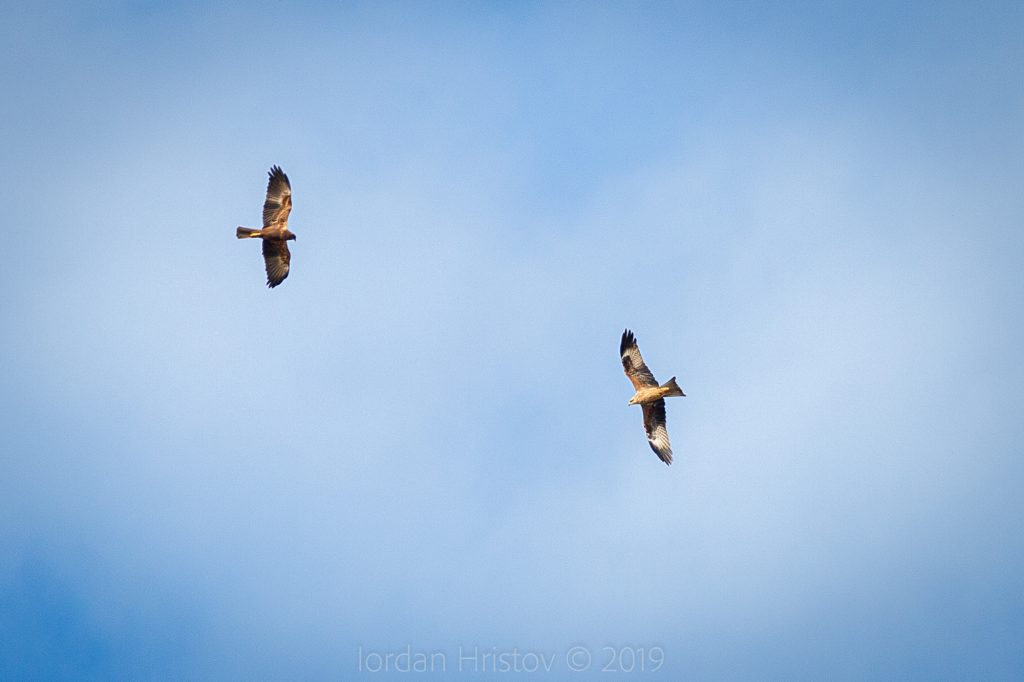 The landscape was truly amazing. All sunsets over the island of Thasos and sunrises over Samothraki were really leaving warm memories in our hearts. 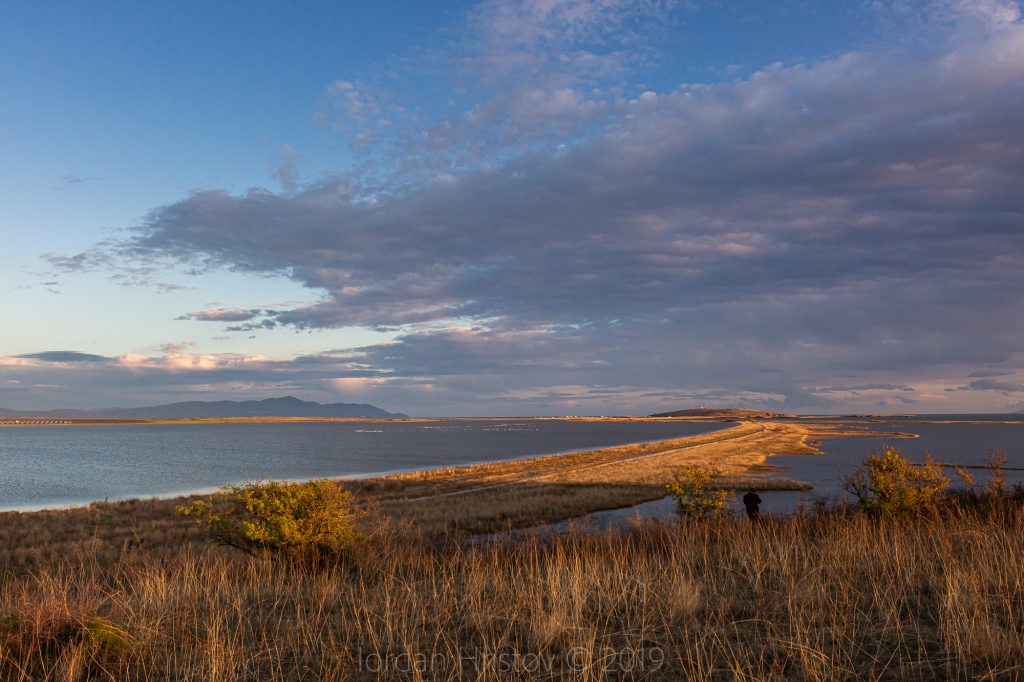 Today we wanted to change the habitat and add some extra species. Thus we headed towards Nestos river Gorge. What a truly stunning place! A stone covered path, built for workers to reach the railroad, leads onto a stunning viewing place where you see the river meandering in between the rock covered hills providing habitat for Peregrine Falcons, Rock Bunting, Crag Martins, Ravens and many more. In the river we had a Dipper, Kingfisher, and a couple of Grey Wagtails. Small valleys were providing protection from the weather for small birds and we ticked Firecrest, Goldcrest, Coal Tit, and Long-tailed Tit. It was fairly windy and cold in the beginning, but weather changes and once on the mountain top, we enjoyed superb views over the gorge. 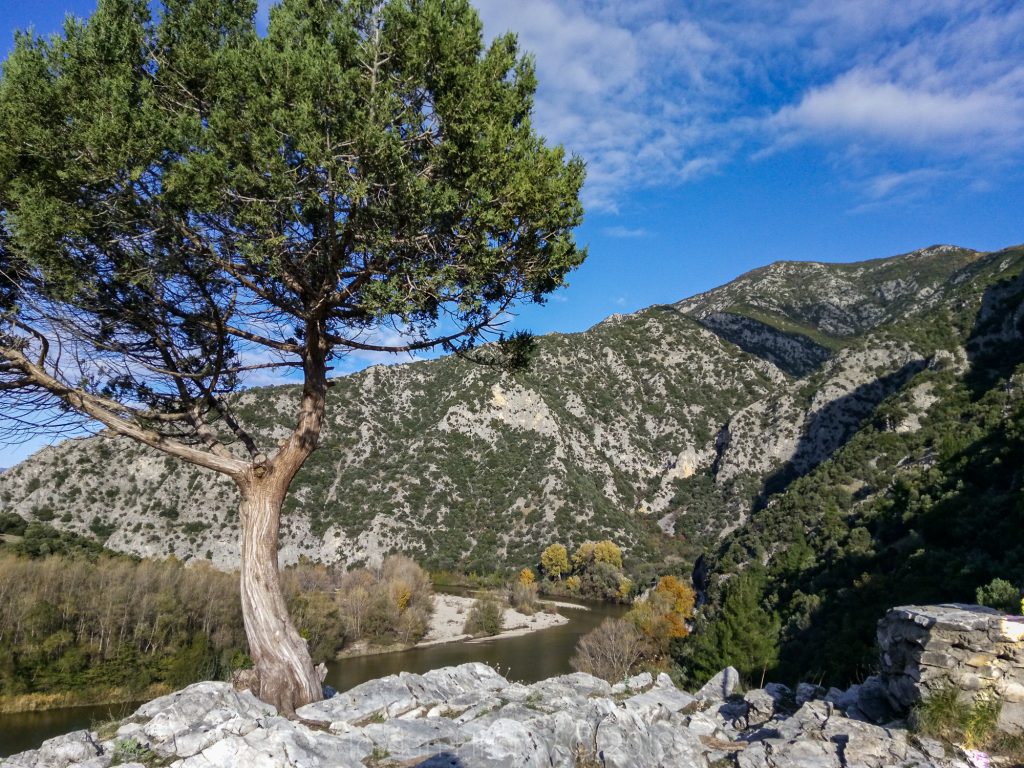 After a fantastic lunch from this scenic place, we headed over to lake Kerkini to look for Geese and Cranes. It took us about 3 hours to get there at fantastic light. The sun was setting was we had enough time to look around and scan the lake. It was literary steaming with birds. It is a pity we didn’t have more time. Even though, we had a few White-fronted Geese, 4 young Greater spotted Eagles were feeding on a kill, many Pintails, Wigeon, Teal, Flamingoes and a lot more. See the checklist for lake Kerkini here. 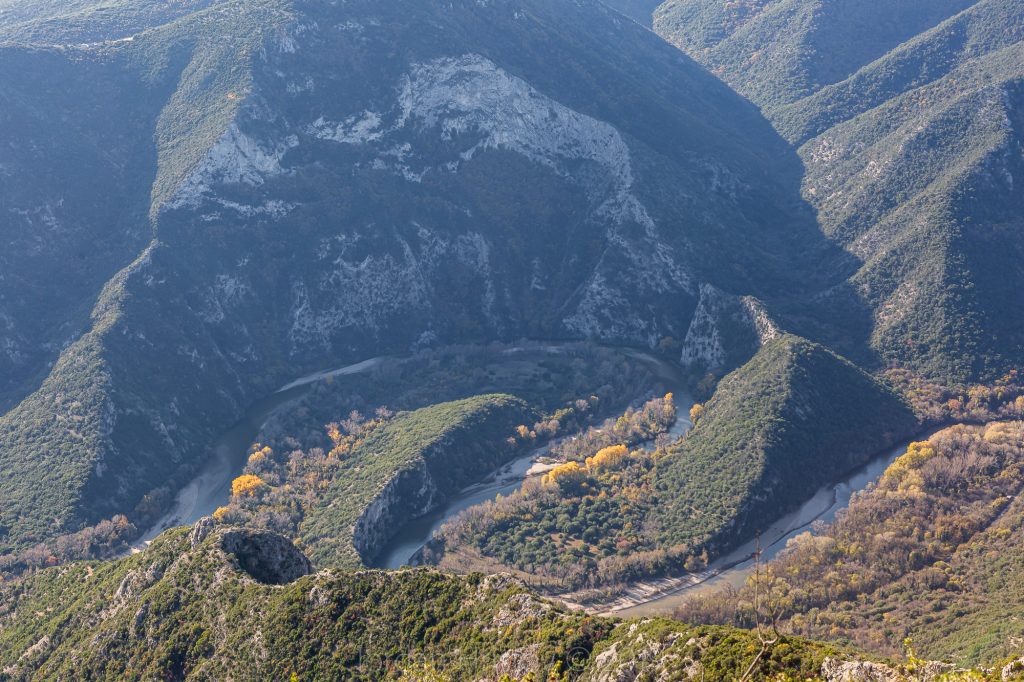 Thus our trip ended with a great 104 species.

Here is the checklist: