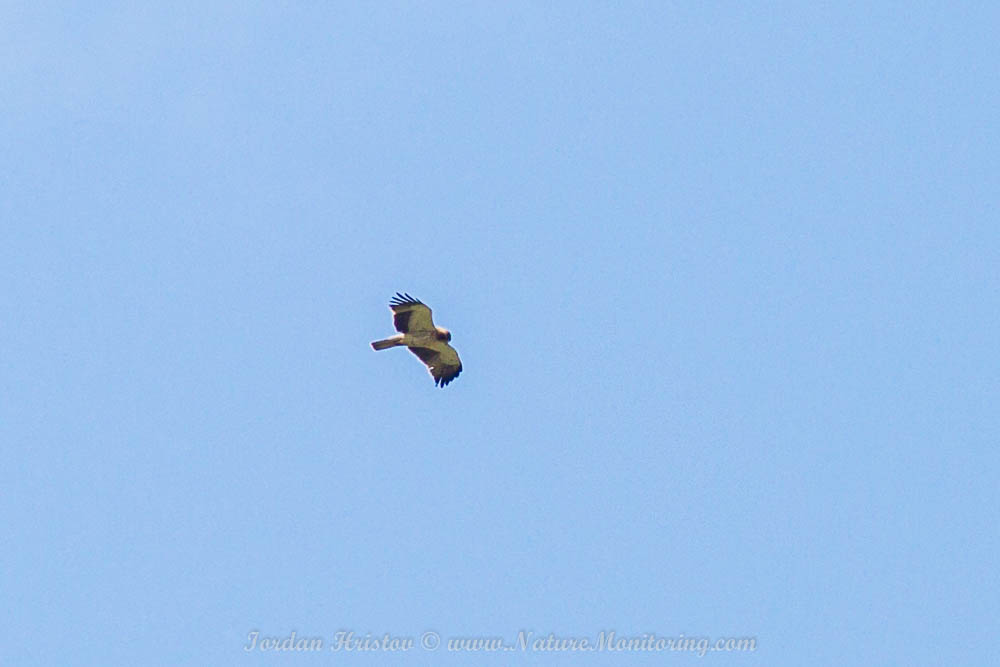 Although it was mainly a travelling day, we managed to log in a few good birds. We started with a pre-breakfast walk around Madzharovo when we saw our first Orphean Warbler and finally managed to get on the Cirl Bunting. After breakfast we started our way to the Black sea coast with a few planned stops en route. On the first stop we heard an Olive-tree Warbler and an Orphean Warbler but had only fleeting views. Later on we got fantastic views of a Black Kite which was the first for one of the group members who missed it the first observation. At our next stop we finally managed to get very good views of the Olive-tree Warbler which sat nicely out in the open for prolonged views with the scope. We also added Eastern Bonelli’s Warbler and a pale morph Booted Eagle which made a great show. We watched it hunting and hovering up in the sky against the background of the surrounding hills which revealed its colours and forms. Right when we were about to leave we heard the begging calls of Orphean Warbler chicks asking their parents for food. And there they were. We had fantastic views of the Orphean Warbler and his chicks. What a great day already!

We got some supplies for our upcoming picnic lunch and visited a reintroduction centre for Lesser Kestrels where we enjoyed the birds and our picnic. Just as planned the Eastern Imperial Eagle turned just as we were approaching the site for its observation. What a majestic bird that is! “I never even thought that we would see this bird”, said one of the group members.

Further along the route I wanted us to stop at an old oak forest but there was a large gathering of people which wasn’t going to be very productive for our birdwatching so we left the area quickly. We made it to Bourgas just on time for an early night and enjoy the see view from the balconies of our hotel.