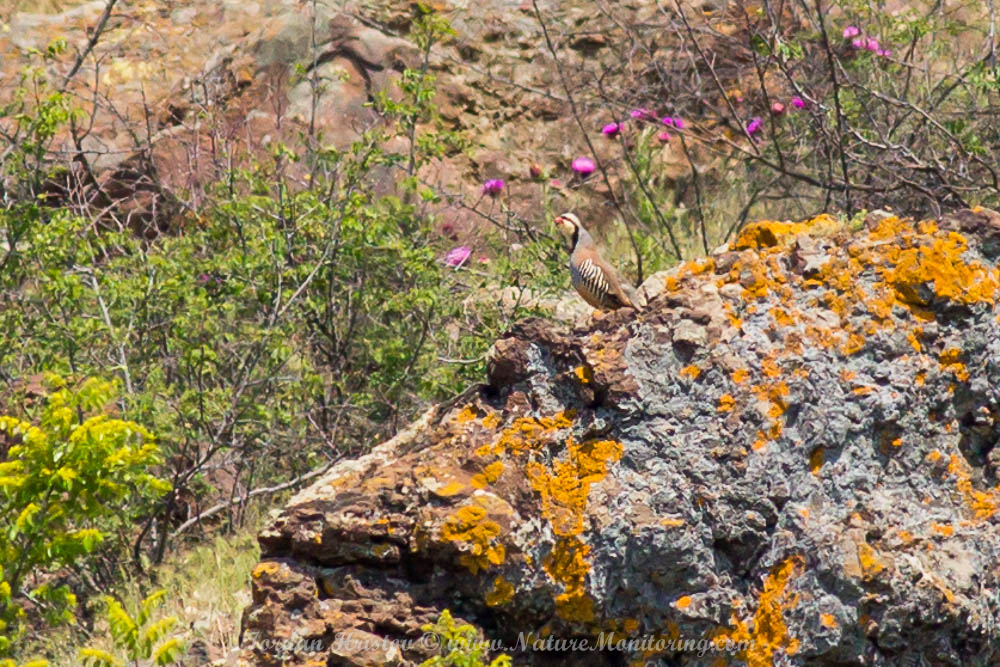 Weather: fairly hot with light showers in the afternoon.

What an exciting day! After the long travel yesterday, we needed a break and did we not get it. We started the morning at Krumovgrad with a nice walk into the city park where was fairly quiet. We did see, however a Lesser grey Shrike. A bird I had never seen in this park before. It was rather exciting. Other than that, we heard a Syrian Woodpecker and saw a couple of Whitethroats and Olivaceous Warblers.

After breakfast, we headed to a wonderful valley not far from the town where we spent the morning. Everyone from the group truly loved the walk and there must be a reason for that. We had wonderful views of a displaying Roller suggesting the reason for the origin of its name. Chukar was seen very well along with Black Stork which were amongst the highlights here. A pair of Black-eared Wheatear made it also pretty high in the evaluation score and so did the Eastern Olivaceous Warbler which sat for us nicely out in the open to enjoy it. I heard a couple of Olive-tree Warblers but they were pretty shy to show themselves.

We bought some supplies from a local store and made it to a small village right in the middle of Eastern Rhodopes. Along the way we noted a Wood Lark, Black Kite and shortly before arriving, I spotted a Lesser spotted Eagle. That was quite a nice addition to the list.

When approaching Madzharovo, we stopped at a roadside layby where we had fantastic views of Peregrine Falcons, Sombre Tit and Ortolan Bunting. Later on we pulled again by the road to enjoy the flying over Griffon Vultures and even better views of the Ortolan Bunting. We added Blue Rock Thrush and only I heard a distant Rock Bunting which I failed to find.

The end of the day was approaching but people really wanted to see Griffon Vultures sitting on the rocks. That was the most delightful experience for some of the group members. We spent an hour watching the nest where Vulture chicks were showing their heads. That was The experience for the day and perhaps for the trip for some of the people. Around here we also had a Middle spotted and Syrian Woodpeckers. A Subalpine Warbler made an attempt to sing but was not very persistent. Thus we called it a day and enjoyed a wonderful beer on the terrace of our hotel.

After dinner we had a little walk in town which resulted with a Little Owl and a few Scops Owls. That would make a great end of the day. It was a fantastic one! 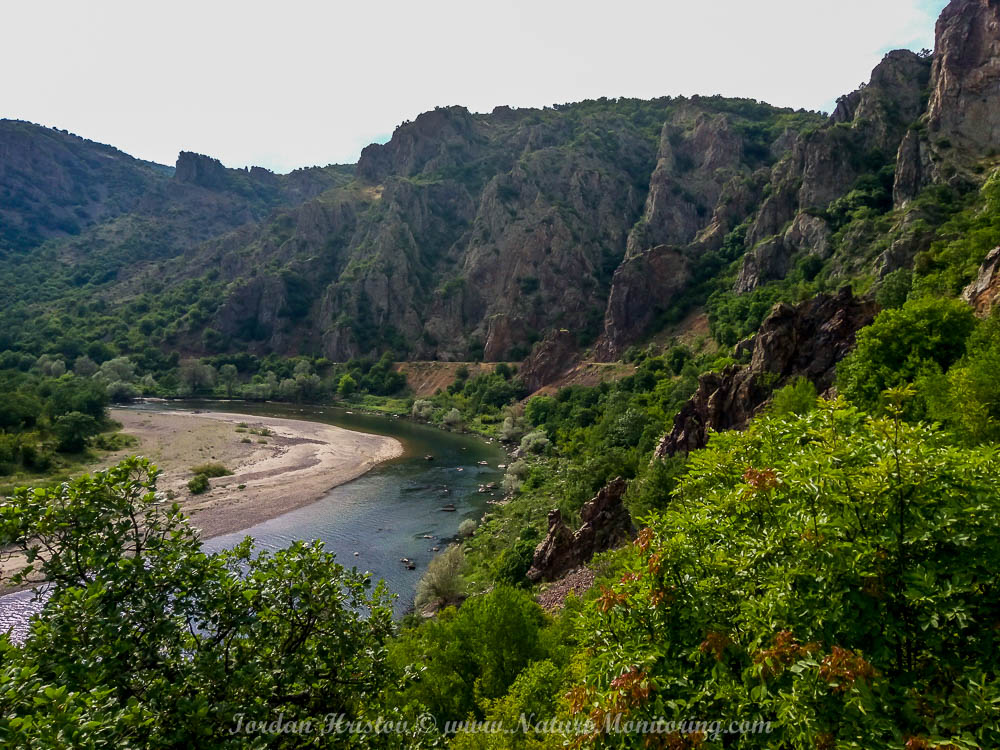