Today must be THE day of the trip! What an excellent day! Although it is not a new statement I think it was one of the most exciting days with superb observations of many good birds.

We did a pre-breakfast walk but did not add anything new to the list. Birds to note are Penduline Tit and Pygmy Cormorant. After breakfast we packed our luggage and off we went on our journey to the north Black sea coast.

Our next stop was very productive! We managed to find some close waders and spent enough time to look at them one by one. We had Ruff, Curlew Sandpiper, Common Ring Plover and Little Stint. Also the Avocets already had their chicks wondering around which offered fantastic views. Aside of the group of waders we had this one small wader that was “swimming”…There aren’t many waders that do that and I thought either a Spotted Redshank or a Phalarope. Looked at it carefully and did not see the long bill of the Spotted Redshank. Moreover it was much smaller but with the distance it was difficult to judge on the size of the bird. It was a Red-necked Phalarope in summer plumage!!! Wow, never seen one of these in summer plumage in Bulgaria! We only see them in autumn in winter plumage. The bird was showing its typical behaviour with fast moves and was actively feeding. A Little Stint was standing right next to it on the bank allowing us to compare the size difference. What a superb and handsome bird. 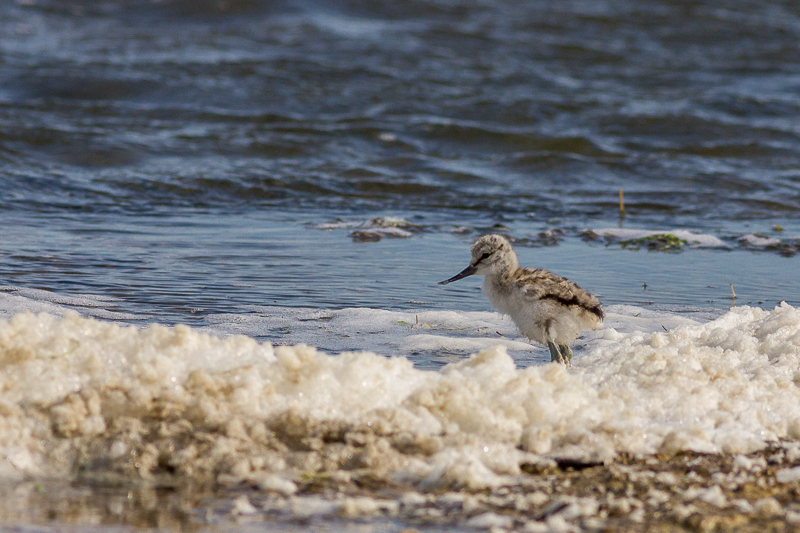 We continued along the trail full with excitement when a very peculiar bird took off my feet…Nightjar!!! This can’t be true! The strong wind in the night must have brought it down. Seeing it in daylight was a superb opportunity! The bird landed a few metres away from us but didn’t stay long and disappeared. We could easily see the white spots on the bird. Fantastic bird!

After lunch we stopped for Semi-collared Flycatcher and Middle spotted Woodpecker. It is a bit late in the season for the singing Semi-collared Flycatchers but I managed to hear a male and fairly easily found the bird. It was posing nicely for us for several minutes allowing us to take videos and pictures through the scope. What a bird this is! Another new one in the bag.

In the forest here we also noted Short-toed Treecreeper, Wood Nuthatch, Yellowhammer and Ortolan Bunting as strange as it can be. As we were walking towards the car a Middle spotted Woodpecker called. We couldn’t locate it so we went directly to the territory of a local pair where I meant us to go initially. It took us less than 5 minutes to see the bird. What a wonderful sighting! Mission accomplished and we carried on along our way for only a few km.

Right by the road there was this field with mowed hay where we saw an Eagle landing. Pulled out the car and more Eagles started popping up. They were 3 Lesser Spotted Eagles. There was this very strange looking pale Eagle. What would that be? For a minute it spanned its wings showing its pale secondary feathers: Eastern Imperial Eagle! It was subadult bird in very gingery plumage. At the moment we were looking at it we had a female Montagu’s Harrier flying passed. A minute later a juv Marsh Harrier sat in the same field and two Hobby’s flew over the field. What a place this was! For only a few minutes we got 2 eagles, 2 harriers and 1 falcon: all of them offering superb views. This will be a memorable experience! “I shall remember this forever” said Roy, one of the group members.

We carried on along our way towards our next stop where our main target bird was going to be the Eagle Owl. In an hour we arrived at the site and pulled off right by the road. By the time everyone was ready setting up his telescope I got the Owl! It was sitting right in the open with its supreme look! The light of the afternoon sun was right on it. What a view! “This has got to be the observation of the week”, said Roy, one of the group participants. Fantastic bird! We watched it for a few minutes and left the area not to disturb the bird.

This was going to be the end of the day if I hadn’t noticed a dark object in the middle of the step we were driving past. I pulled out quickly: Stone Curlew, was right by the road offering superb views. We also had Isabelline Wheatear and Calandra Larks. Driving along the road to our hotel we spotted these two small falcons sitting on the wires right by the road: female Red-footed Falcons! What a stunning bird!

We arrived in our hotel just on time for our dinner and a cold drink! What a memorable day! This has got to be THE day of the week!