Another superb day of our Oman tourism finished with a total of 92 bird species seen or the day and 7 of them were new to me. Fantastic!

The day started before the Sun has even though of showing up. First thing was to stop at a layby on the way to Shisr to check for African Scops Owl. A bird responded pretty quickly but didn’t turn up.

We welcomed the sunrise at Ayn Sanawt. Surprisingly our initial impression was that the place was too quiet for the morning hours. There were fewer birds than yesterday. Nevertheless we knew there are birds to see in the area so we started wondering around. A gorgeous male Desert Wheatear was very obliging and let me approach him down to 4 m. The red morning light contributed but an unforgettable experience. 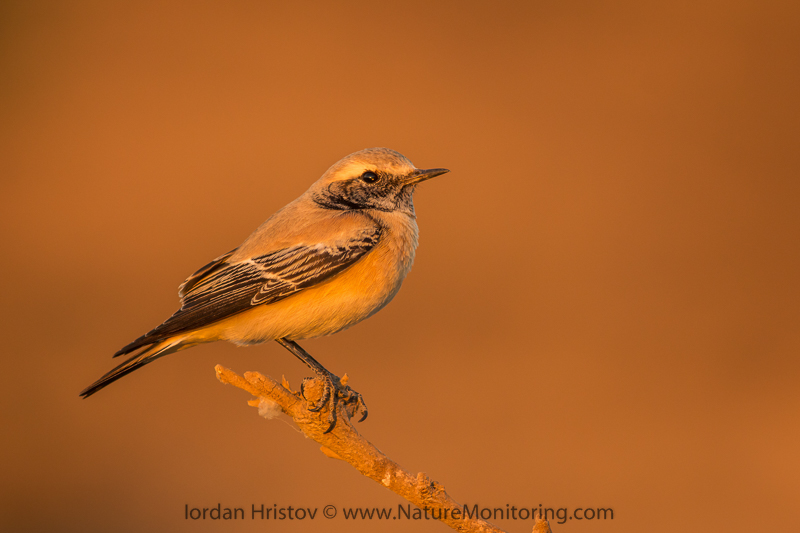 Yesterday I heard the call of the Arabian Partridge so it was time to find it. I want a good picture of this one. I might not be easy having in mind how shy partridges are. We started walking along a trail on the eastern side of the Wadi and the birds started turning up. They must have woken up.

We found a place where they come to drink water and for a couple of minutes we added at least 10 birds to the list. The highlights along the trail were the Arabian Wheatear, Abyssinian White eye, Palestine Sunbird, Ruppel’s Weaver, Tristram’s Starling and of course the Arabian Partridge. We saw a female with 6 chicks. This time we had much better view of at least 5 Blackstarts at different places. 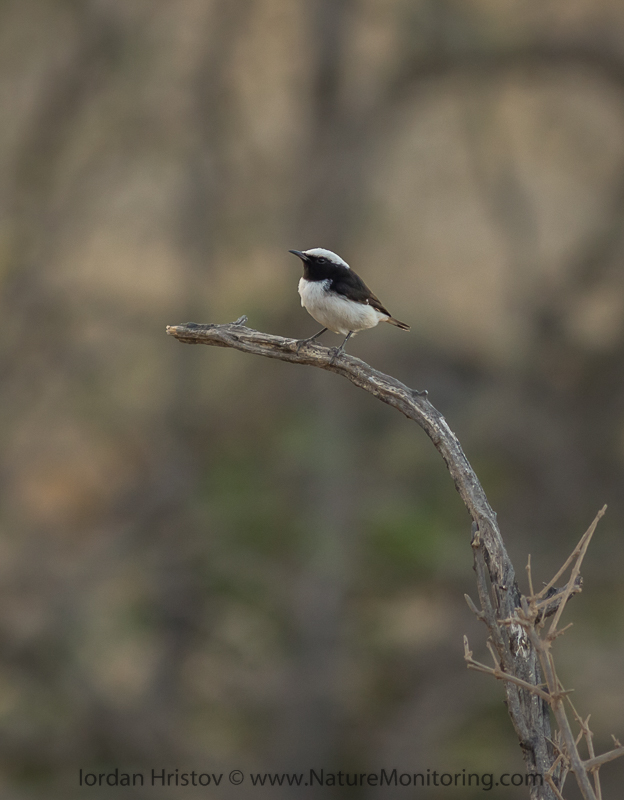 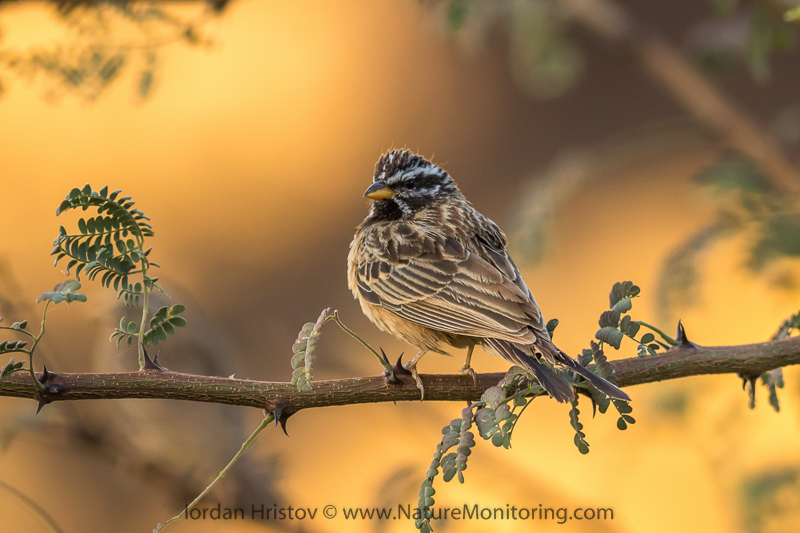 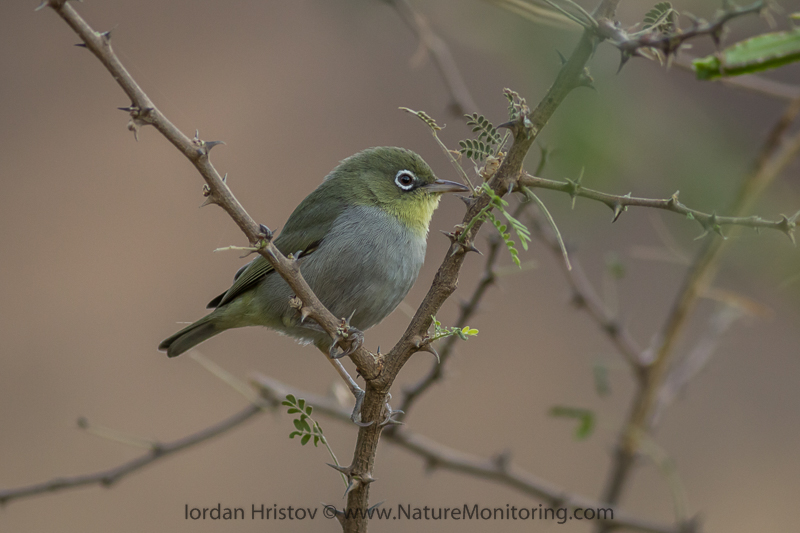 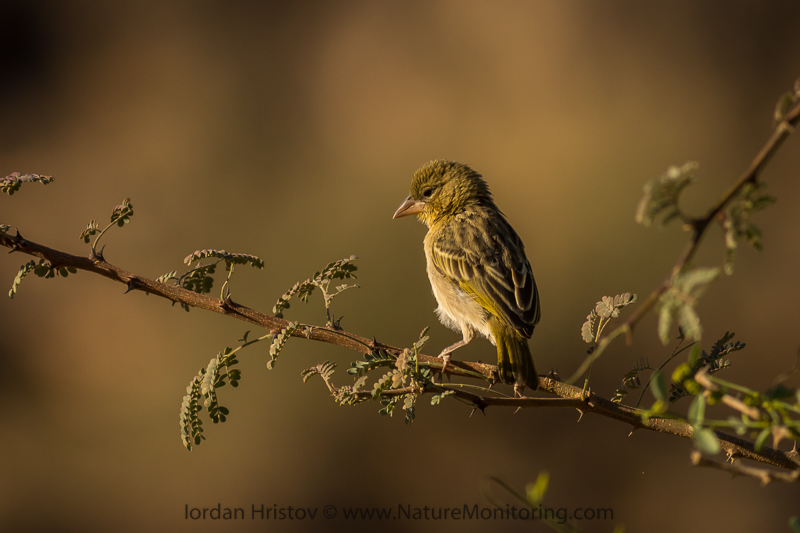 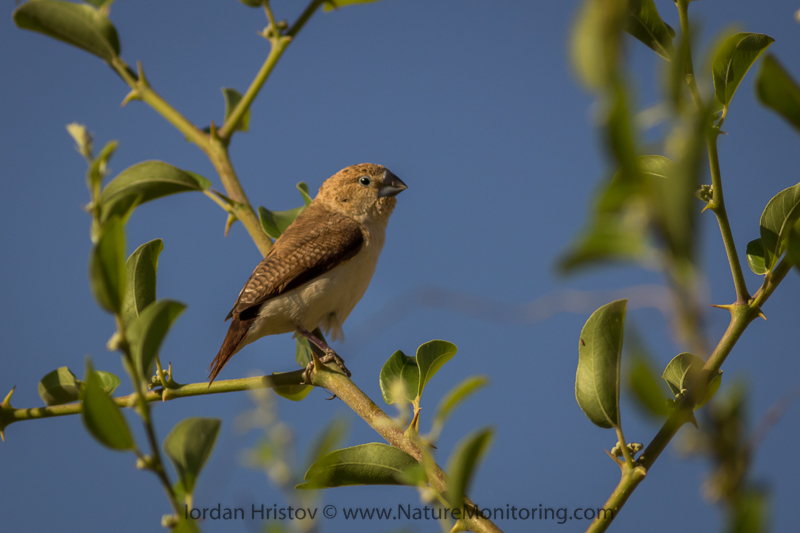 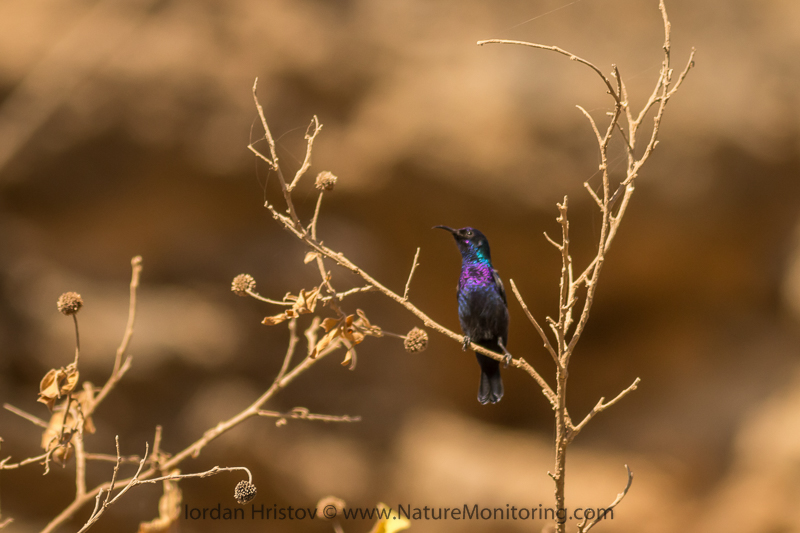 On the other side of the Wadi we had a very pleasant surprise of an African Paradise Flycatcher. Absolutely stunning bird! It came really close down to about 4m from is. The wadi here is along a natural spring and water had formed pretty amazing formations. The African rock bunting (Cinnamon-breasted bunting) were everywhere. There were the second most abundant bird after the Collared Dove. We added Short toed eagle to the list. 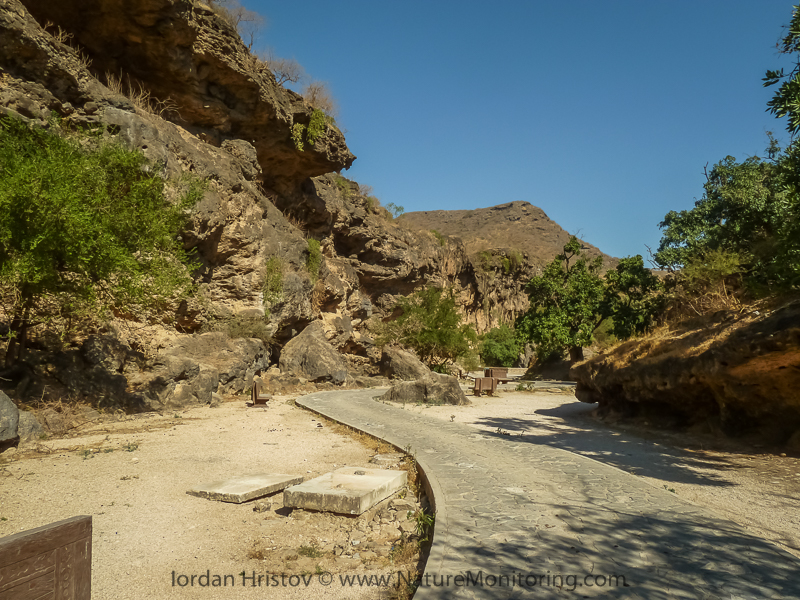 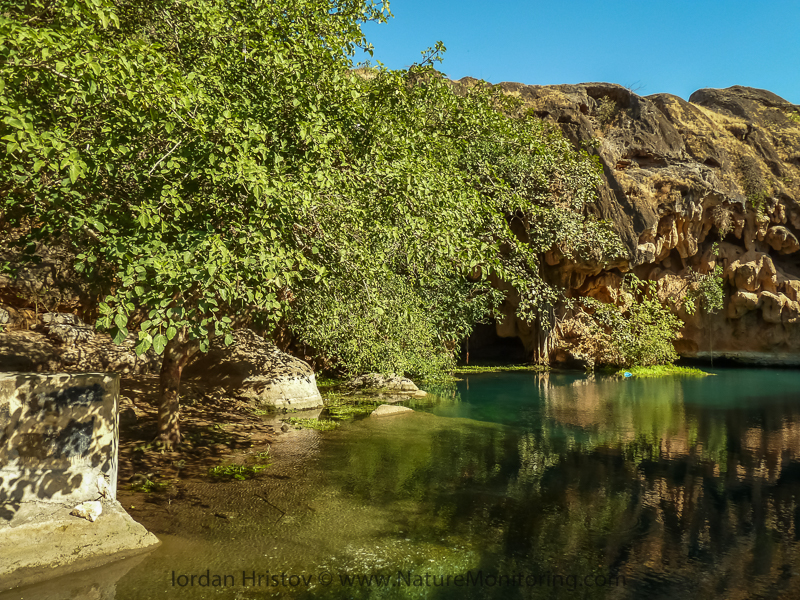 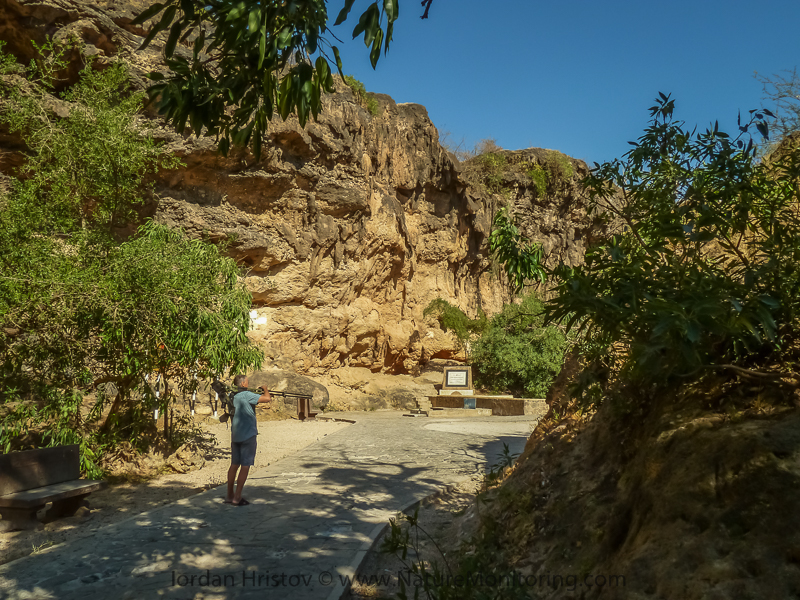 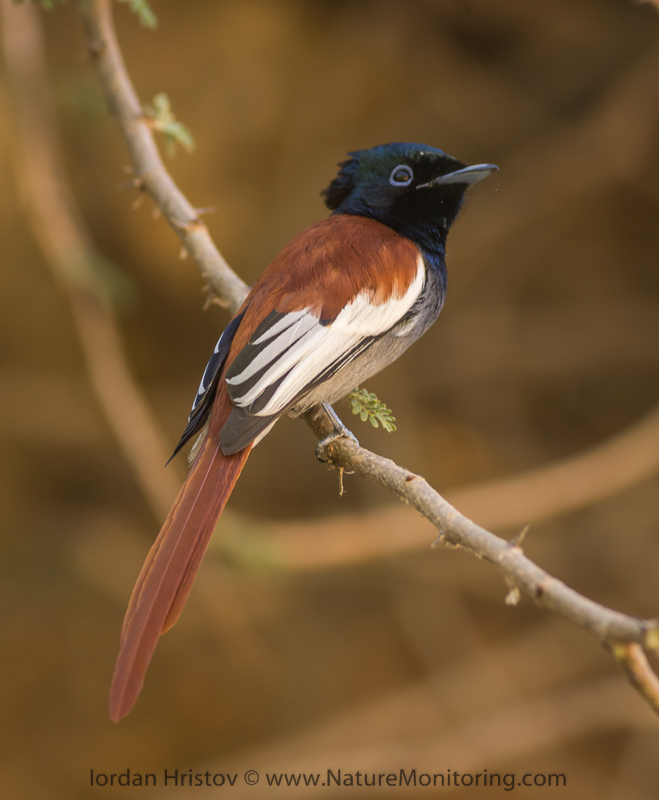 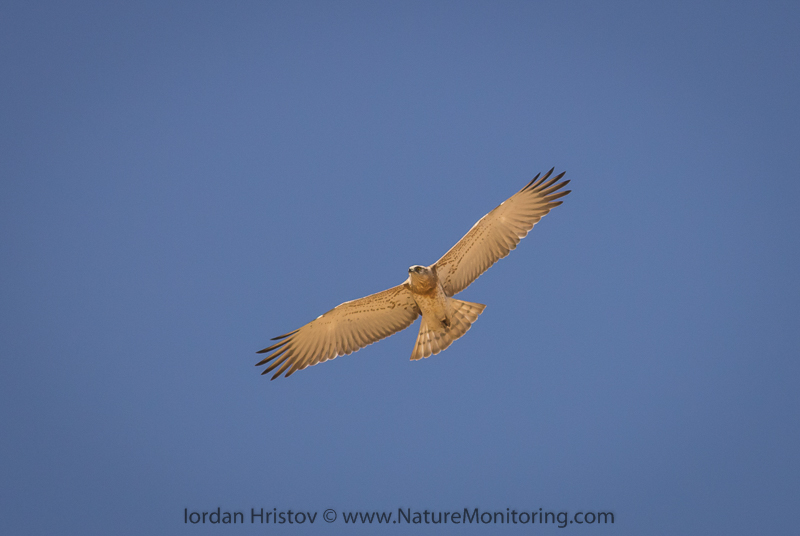 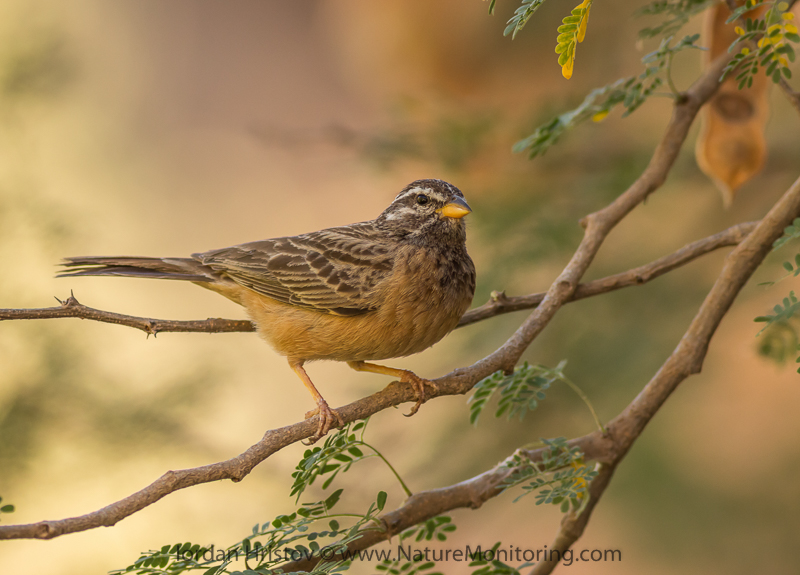 Next we headed towards Raysut and the mudflats there which were very productive. We had a total of 7 Terek Sandpipers, about 8 Pacific Golden Plovers, Flamingos, Eastern Imperial Eagle, Osprey, a few Whimbrels and Lesser Sand Plovers. The location is pretty easy to access and convenient to explore. At Raysut we stopped for some seawatching but the time of the day wasn’t the most suitable and we left. 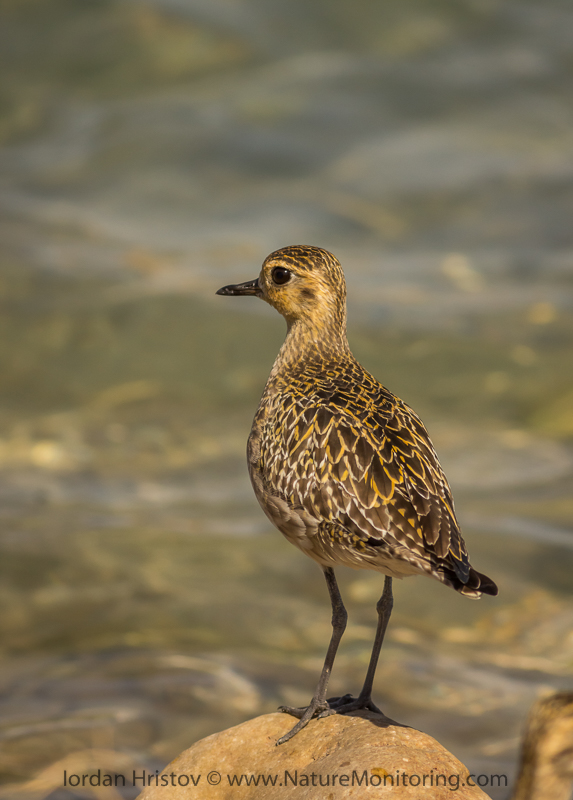 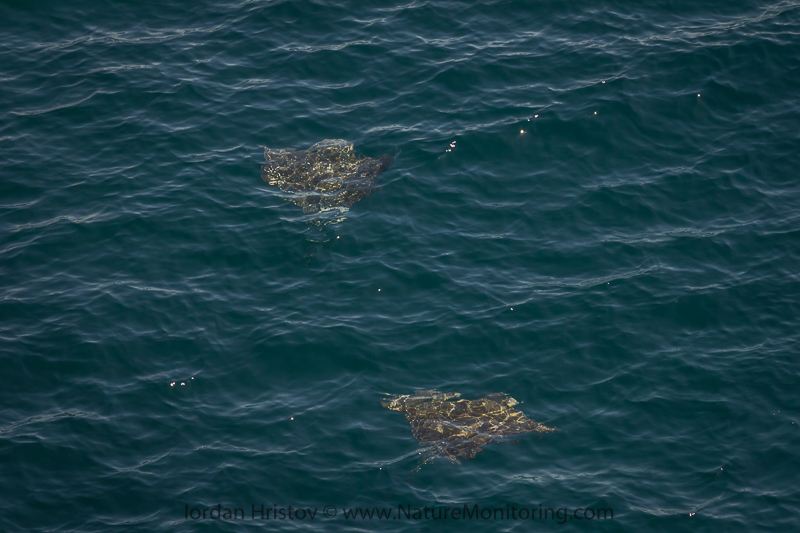 On the way back to Salalah we stopped at West Khawr where we had Little Grebe, Spoonbills, Shoveler, Intermediate Egret, Gull billed Tern, Western Reef Heron and a Greater spotted Eagle. On the beach we had a few Sanderlings, Whimbrels and Sooty Gulls. 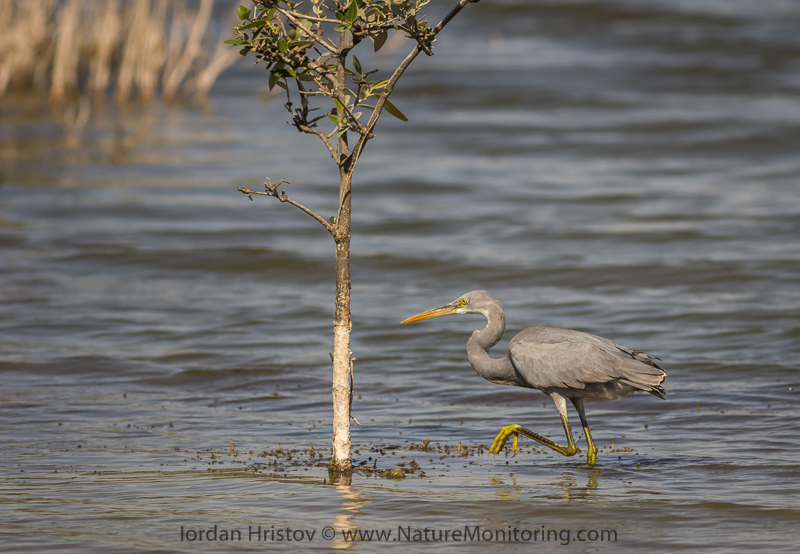 After filling up the tank with fuel we headed to Jarziz farms which didn’t prove as a site worth exploring. The only highlight for the site was a female Pallid Harrier. Soon we left towards Khawr Takah. This site is known for its Pheasant tail Jacanas.

We arrived in half an hour drive from Salalah. The sun wasn’t helping much for good views but it was a lesser to learn for this site. It didn’t take us long to locate 3 Jacanas. These are well sought birds and it was very important to locate them. Here we also added Black kites, Clamorous Reed Warbler and a few Garganeys. Marsh Harriers were often flushing the birds around and soon we decided to leave. 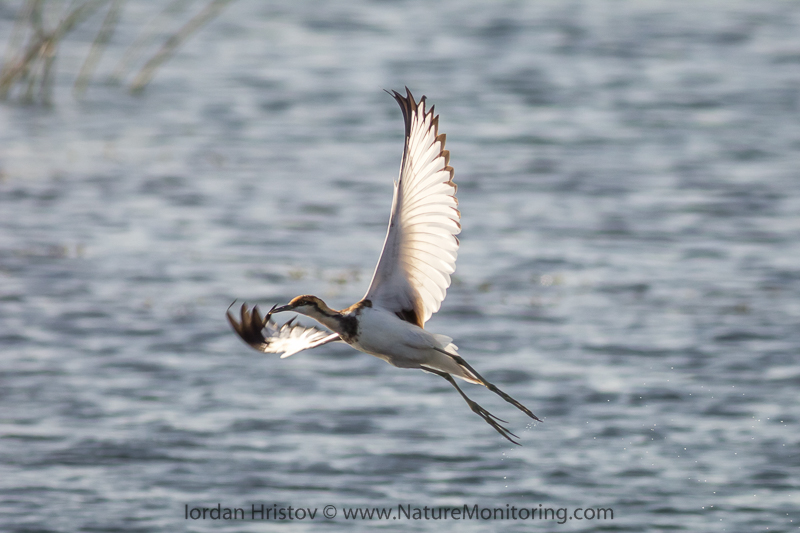 The beach was packed with Gulls. They were in hundreds. Watching them at the nice light at the end of the day was a real pleasure. We had a group of a few Temminck’s Stints, Marsh Sandpiper and a few other common birds.
We had fish and chicken with rise for dinner and after some shopping for the next day we retreated for a well deserved break. It will be another early start tomorrow for another wonderful day of our Oman tourism.