Today was fairly birdless. We drove for most of the day and saw fairly few birds. Still managed to add a few new species though.

As usual, we woke up at 6 a.m. and hit the road. During the trip we had a few Brown necked Ravens, a few Desert Wheatears and a Hoopoe Lark. It took us about 6 hours to arrive at Qatbit. A small oasis en route included in most birding routes around Oman. We shall be mainly searching for the Grey Hypocolius which is known to overwinter here.

Once we checked in, we stopped for Chicken curry in the restaurant by the main road. The food was pretty good and it was only about 2 OMR = 4 EUR. We got back to the car and headed towards Muntasar. Another well known spot for our target bird. We managed to find it fairly quickly although caution is needed not to get lost in the desert roads. 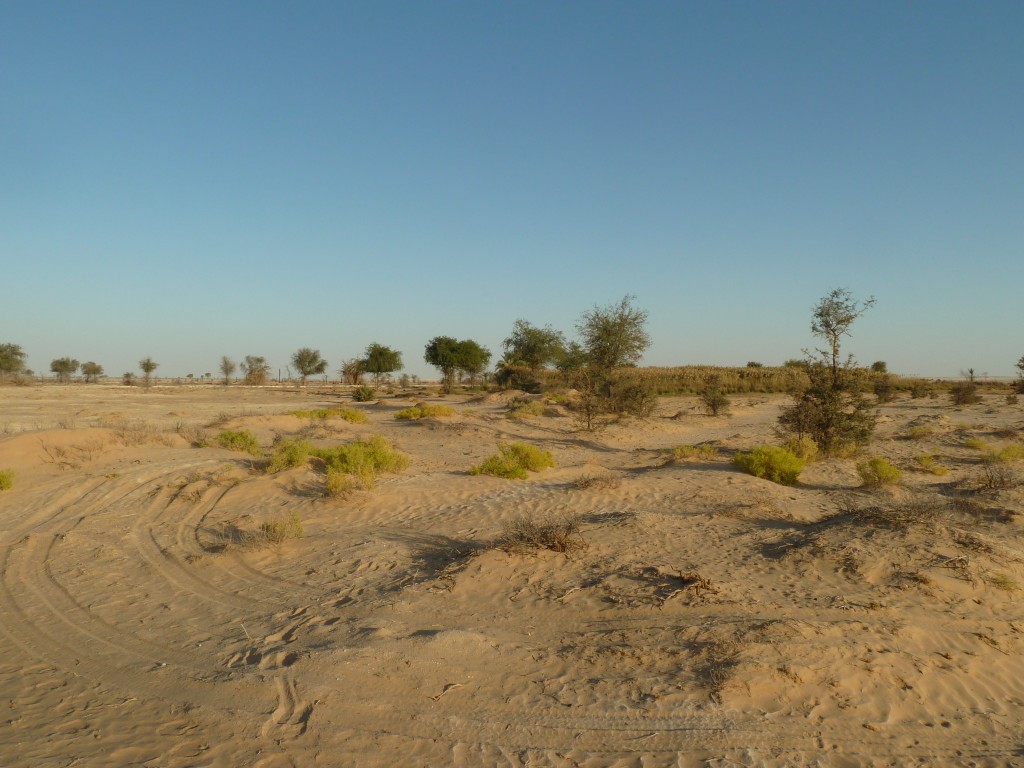 At Muntasar was fairly quiet. Maybe because it was in the afternoon there wasn’t much bird activity. The highlight for me was a group of 50 Crowned Sandgrouses and a Southern Grey Shrike. We also had a pair of Desert Wheatears and an Asian Desert Warbler. We also recorded two Common Snipes, a female Pintail and two Wood Sandpipers. Two pipits turned up but we couldn’t get enough of them to be sure what they were. That was all we saw at the place.

It was already 4.50 and was going to be dark soon so we decided to go. Back to the rest house we enjoyed a lovely shower and retreated early.