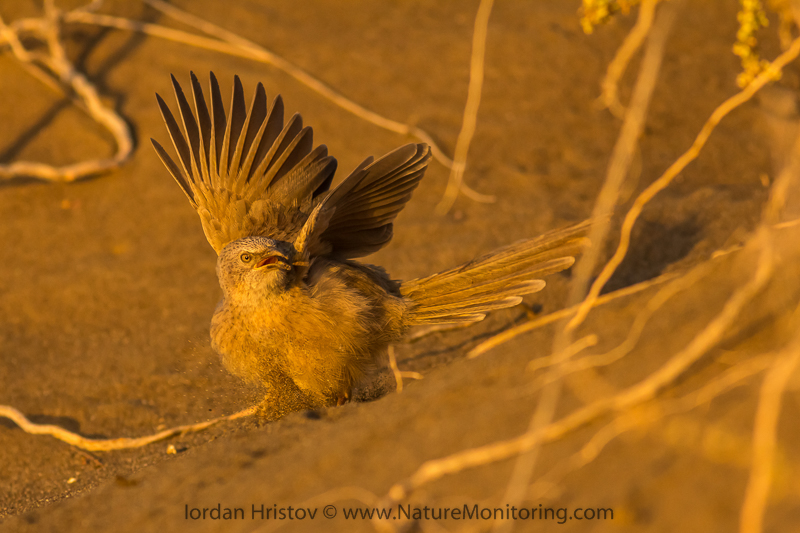 Day 4 started with the calls of Chestnut bellied Sandgrouses. Initially I wasn’t quite sure what it was but compared it with the tape and it was clearly the species named. A tree about 50m away from my tent was some sort of attraction for local birds. A gang of 8 Arabian Babblers stopped by, then White eared Bulbuls, then White spectacled Bulbuls, Laughing Doves and Graceful Prinia. 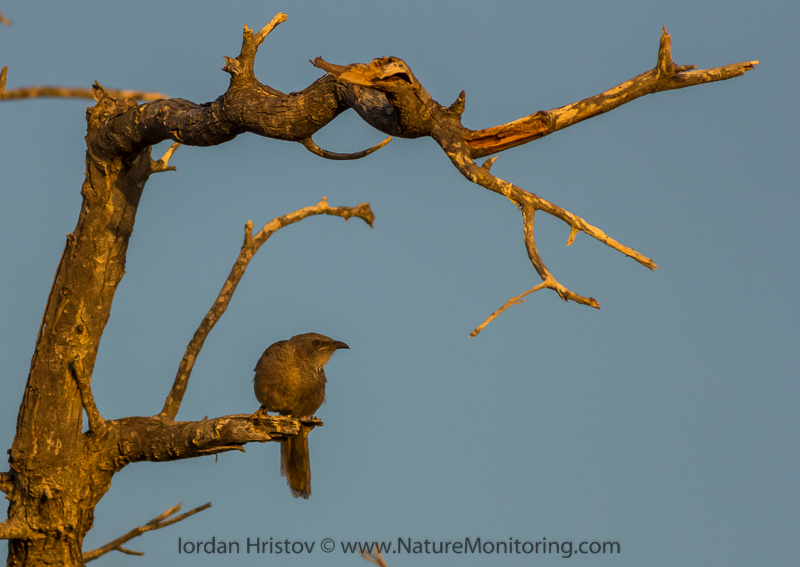 It was getting hot although it was just 8a.m. time to go. I drove around the pool and ticked off Asian Desert Warbler. More Chestnut bellied Sandgrouses this time I managed to see some id features. Along the track I found a decent location where Little Green Bee-eaters nest so they were regularly perching on some rocks around the breeding holes. There were more Red rumped Wheatears along the track. 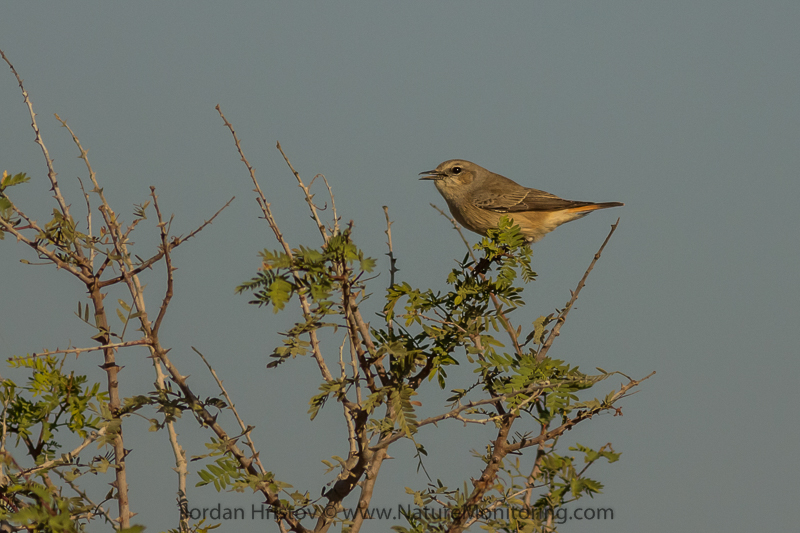 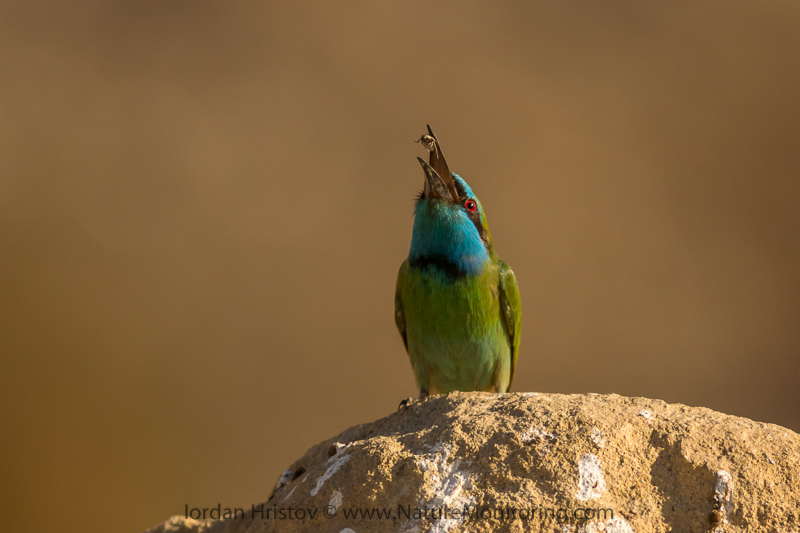 I stopped by the local waste disposal site by Qurayyat but there was nothing exciting. A group of 20 Egyptian Vultures were the only birds there although I expected much more.

A brief walk in the area between the motorway and the town of Qurayyat produced a few more bee-eaters, silverbills, rollers, Grey Francolins and Eastern Black Redstarts.

It was time to go back to Muscat where I will be meeting my friend tomorrow. Since I wanted to stay in a hotel tonight I wanted to arrive early and have time to find one. En route I had some superb views of a Lapped faced Vulture. Very wanted bird.

I used the time before my room was ready to enjoy a spectacular local show a tradition to the area. Local fishermen were taking the nets out of the see. It was superb. I have never experienced such a view. Tens of people will work together in the disturbance of hundreds of gulls and tens of people. Two four wheel drive vehicles were pulling the heavy nets from the shore to bring them ashore. I can’t believe how much fish was in there. Once the nets were out, excitement took over and more people starting coming to take some of the fish, squid or what not. It was of all size. The biggest was directly given to local restaurants who were there with their pick ups and cool boxes. The small fish was collected by casual locals who filled up their bags in excessive quantities. What a spectacle. How rich the sea was. 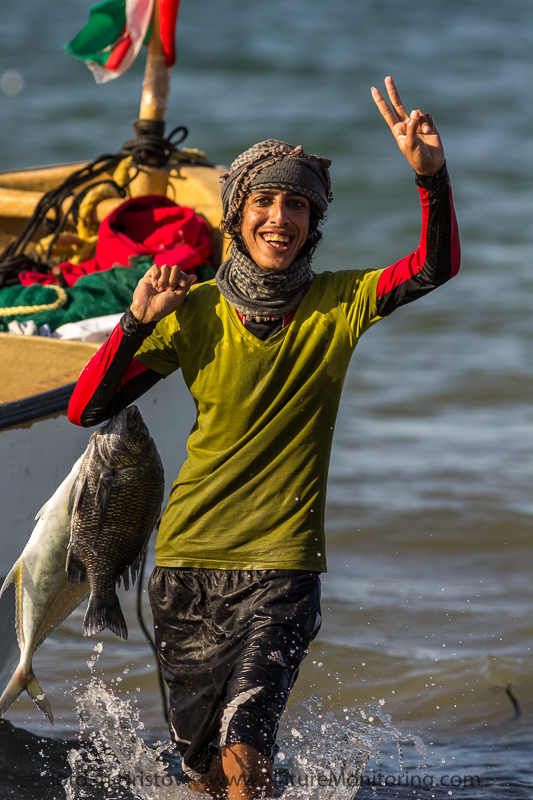 the deal. How much do you think that big fish was?

After dinner in a local restaurant with chicken and Arabian salad retreated to my room to enjoy civilization. I think I need some break from camping 😉