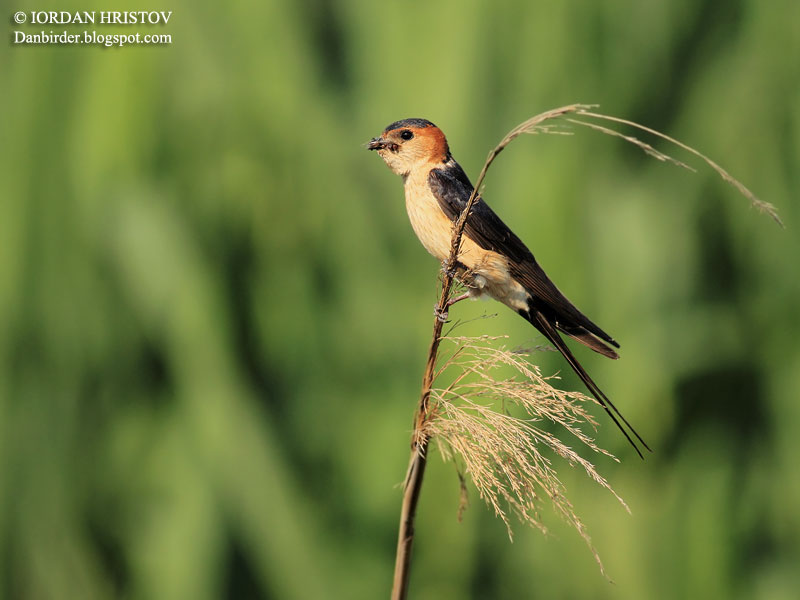 An observer reported that Red-footed Falcons has started breeding in an Important Bird Area to the south of Sofia some 3 hours driving. Since the species is a rare breeder now and colleagues put a lot of efforts in finding the species, I had to check this observation.

The place is called Rupite. Absolutely lovely place. Unique for its habitat, climate, birds, flowers, butterflies, culture, geology to name but a few.

So here we are. My girlfriend and I decided to spend some time in the area and have a check of this record. We spend about an hour each of the two days we were in the area. On the first day a flock of 26 Eleonora’s Falcons met us upon arrival. Calls of Black-headed Buntings, Golden Orioles and Great Reed Warblers were all around the place. Rollers were dashing over the arable fields and Rock Nuthatch calls were thrilling from the cliffs. What a place.

No Red-foots though. On the first day we had these Eleonora’s Falcons and on the second, we had a single Hobby which might have confused the observer who has reported the Red-foots. Well he did confess it might have been the Eleonora’s. Every year at the end of may groups of them will spend some time in the area. In 2012 a group of 50 was here. Lovely birds.

Breeding Red-rumped Swallows were rather obliging allowing me to approach them so close that I could focus with my 400 mm lens. The birds were less than 3m from me. Here is one of them:

Lesser grey Shrikes were also in the area: