Birding trip in Bulgaria, day 4 of 8 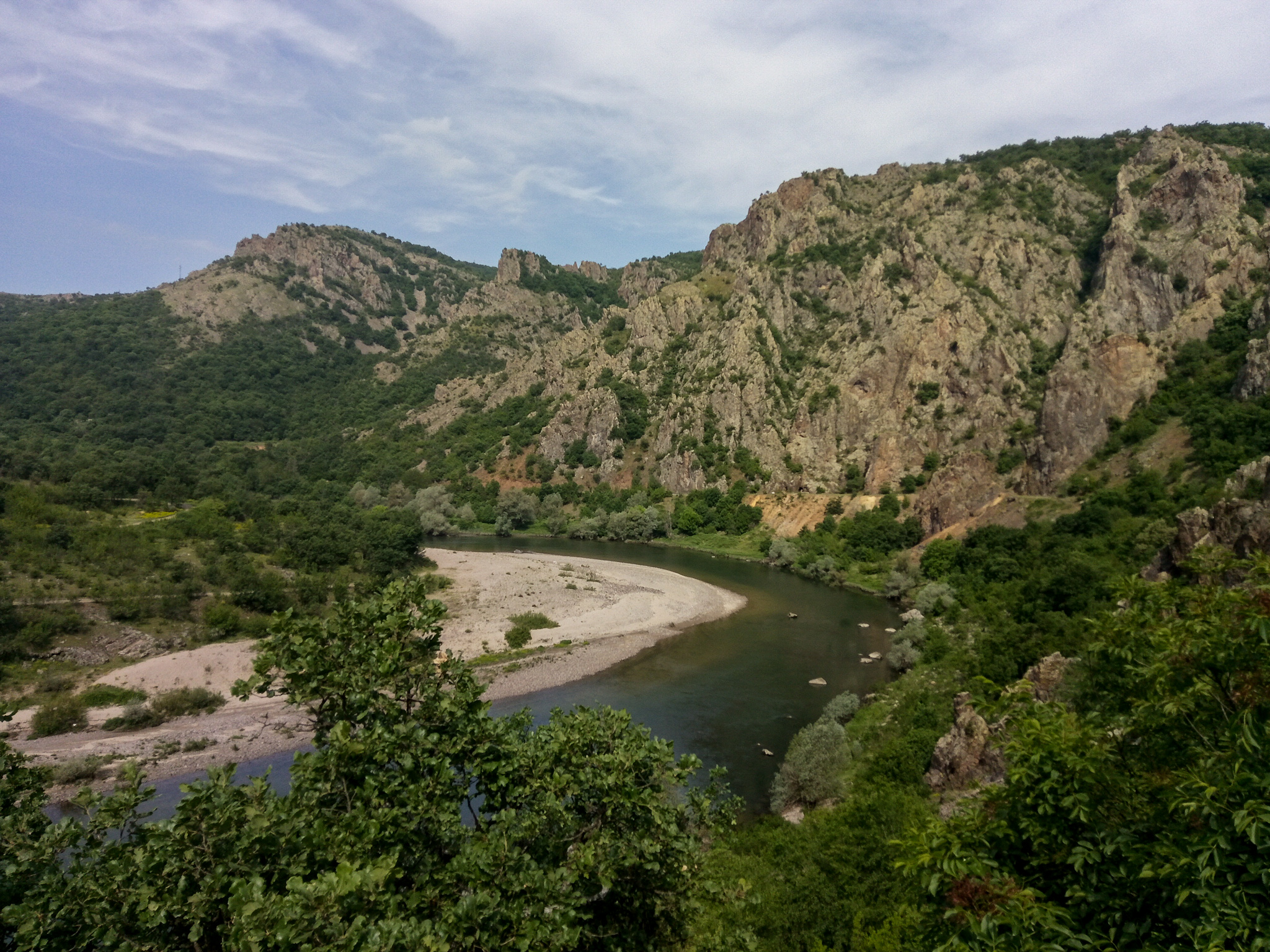 Weather: cool in the morning with thick mist around the river, thin clouds during the day and rain at the end of the day

We started the day with a pre-breakfast walk around the hotel grounds, as usual. We had great views of Sombre Tit, Black Stork, Hoopoe, Alpine Swift, Spanish Sparrows, Black -headed Buntings and Common Kestrel. The highlight of the walk though, must be a pair of Ruddy Shelduck that we first spotted on the top of the cliff above our hotel and then by the road upon our leave. They were examining the cracks on the rock including niches left from Thracian times. That is right, Thracians were here and we still witness their presence by the niches they have made on the cliffs for storage.

Other than the Ruddy Shelduck we also saw 2 Hawfinches and heard a Marsh Warbler. All of them before breakfast.

Half an hour later we were on our way to the coast. The route is very picturesque with loads of places to visit. It is the route of the raptors.

An hour after we departed we arrived at Madzharovo: the Jurassic Park. It just steams with wildlife around here. Our first targets were Rock Nuthatch, Peregrine Falcon, Ortolan Bunting, Blue Rock Thrush, Subalpine Warbler and Golden Eagle. We bagged the first 2 within minutes after our arrival but had to work for the others. We did hear the Ortolan Bunting and Subalpine Warbler singing but failed to see them. Golden Eagle didn’t turn up at all but we enjoyed again the call of the Chukar and Sombre Tit. 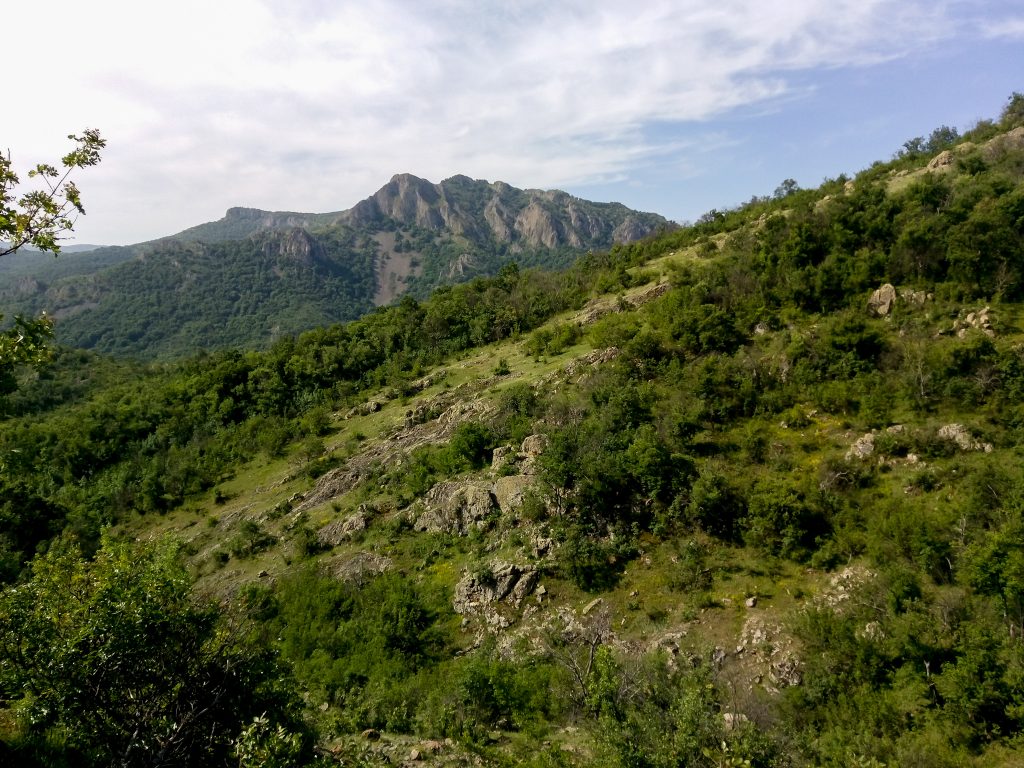 At the next stop we were at the caldera of the volcano and managed to see loads of Griffon Vultures on a thermal, Black Stork in the river and finally managed to get the Ortolan Bunting, the Blue Rock Thrush and Rock Bunting. We had fantastic morning in the crater. 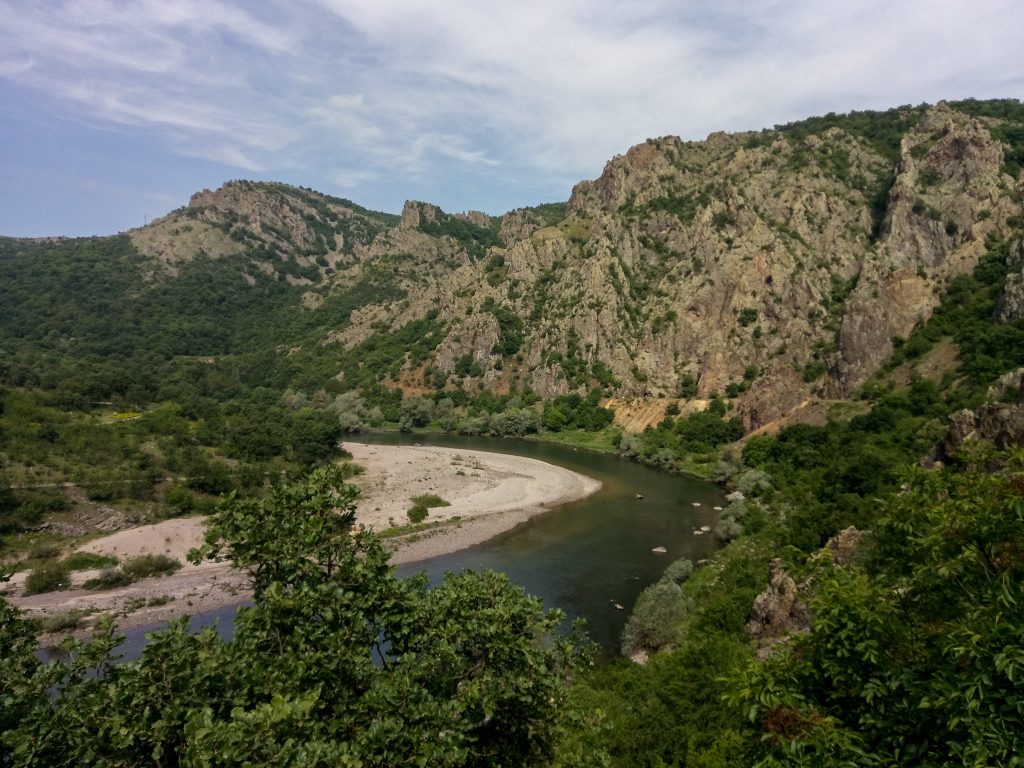 Just after lunch on the way out of the town I started thinking about potential opportunities to see Levant Sparrowhawhk. At this very moment i heard a bird calling and jumped on the breaks. I female Levant Sparrowhawk was sitting obligingly out in the open on a poplar tree. It called and turned either side for us to enjoy it. We watched it for 10 min and left it in peace. What a special bird. 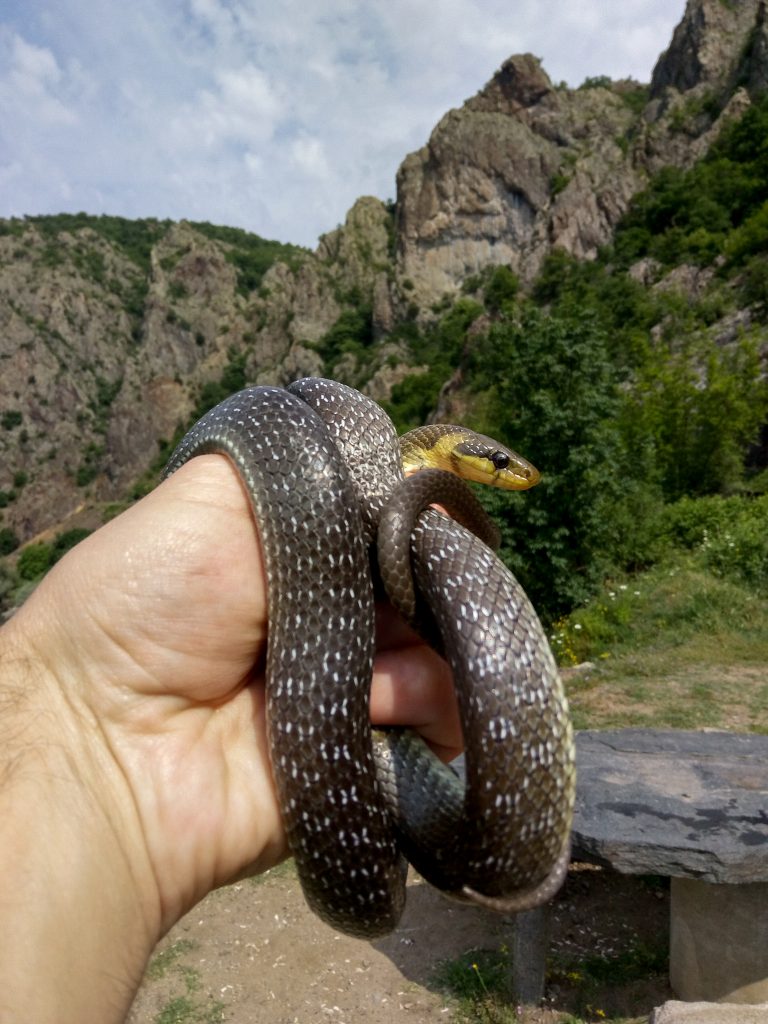 Our next target birds were Olive -tree warbler and Masked Shrike which we were to find in an old growth oak forest 15 min after the Levant Sparrowhawk. It was very quiet when we first arrived but we managed to locate at least 3 Olive-tree Warblers and a Masked shrike. The Warblers were very shy but we finally managed to see one out in the open. The Shrike didn’t show very well but we did see it. At the spot we also has great views of Ortolan Bunting and a family of Wood Larks feeding chicks.

Levant Sparrowhawk from the back of my camera

Next on the agenda were Lesser Kestrel and Eastern Imperial Eagle. When arriving at the site there were no Kestrels at all which was quite a surprise. There are often several birds flying around. Few minutes later they started appearing. At the same time couple of Imperial Eagles also turned up high in the sky but well visible. Mission accomplished and off we go on our way. 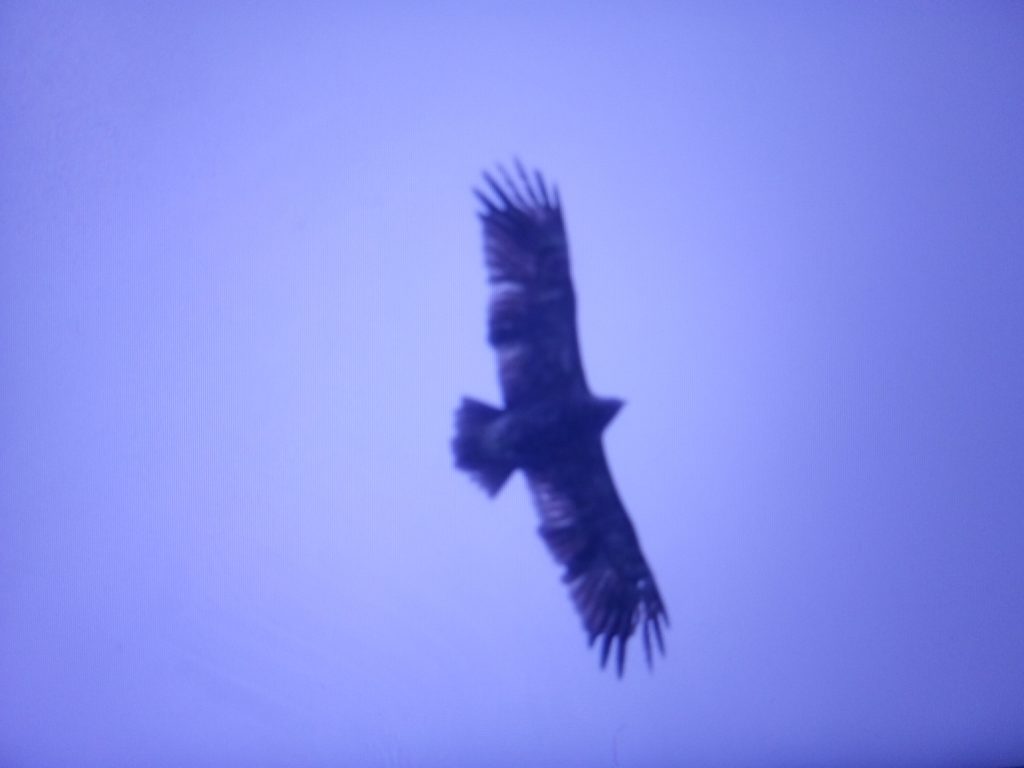 Imperial Eagle from the back of my camera

It was getting late and we had to go. En route we kept checking out the birds of prey and saw Lesser spotted Eagle, Booted Eagle, Common, Honey and Long-legged Buzzard. Shortly before reaching Bourgas we pulled out at a layby where we knew a pair of Montague’s Harrier. It took us about 10 min to locate a stunning male hunting low over the fields. What a fantastic bird!

Thus we ended the day. Shortly after we left the last place, it started raining and drove straight to our hotel.

It was a really productive day. It was the day of the raptors with 13 species seen!