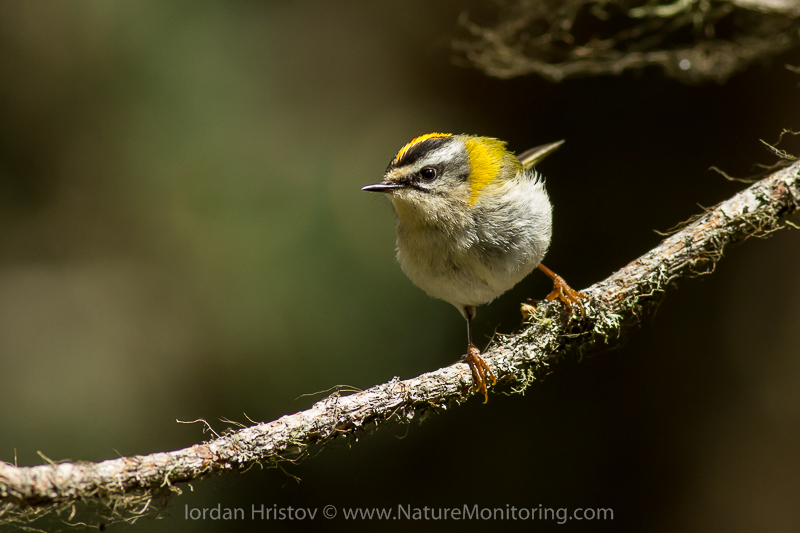 The day was quite relaxed but at the same time we did feel rather exhausted. It did not include much traveling but all the emotions and coming in and out of the car did tire us up.

We started with a pre-breakfast walk at 7.30 a.m. around the hotel gounds. Some of the birds we saw were Wren, Black Redstart, Pallid Swift and Serin. After a nice breakfast we headed to Trigrad Gorge where our main target bird was going to be the Wallcreeper.

En route we saw a few Dippers and Grey Wagtails but once we arrived in the gorge there wasn’t much. The scenery was gorgeous though. The Wallcreeper didn’t turn up regardless of our long stay and constant scanning. Soon it was time to go and we hit the road to the west towards our hotel.

We drove up the road into a remote forest where there wasn’t much. We did hear a Barred Warbler but couldn’t see it. After some effort we got a few Crested Tits around us. This place did not produce much else so we headed to a well established dining place right in the middle of the forest. Local people have built a little shelter with a small fire place and even cooking equipment. We had sandwiches though.

En route we stopped at Dospat – a small town where we did some logistic things and carried on along our stop where we going to spend a few hours. We arrived in a wonderful forest right on the bank of Shiroka poliana reservoir. Our main target here was the Ring Ouzel and other birds of the conifer area. We stopped by a little puddle which was famous with the local birds. While waiting for the Ring Ouzel we had a pair of Crossbills coming over to drink, both Mistle and Song Thrush, and Serin took a bath. Right next to the car we had two Firecrests, Spotted Flycatcher and a Great spotted Woodpecker nesting hole. Several Ring Ouzels were calling from the area but none were showing and we decided to move away for a while. We saw nothing further along the track but once we came back we noted an adult Ring Ouzel feeding its growing up chick. More than that we had a bonus – Common Treecreeper and a pair of Bullfinches. Soon we were ready to go. The emotions of chasing the Ring Ouzels around did tire us up and we hit the road.

En route we had a sudden stop for a Whinchat and Yellowhammer which were new to my guests. It was getting late so we hit the road and arrived in a small cosy hotel on the bank of Batak reservoir at around 6.00.

Thus we called it a day and will be getting ready for an early morning walk.