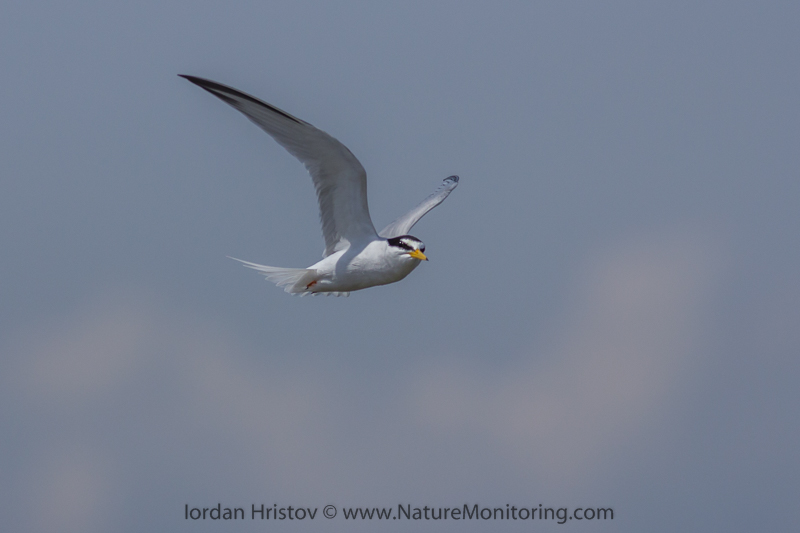 After the exciting day yesterday, the participants in the group were rather excited. The day started with a pre-breakfast walk around the hotel grounds. The day was going to be devoted to birds of wetlands.

Before breakfast my colleague noted a flock of 16 Black-throated Diver and later on we added the Black necked Grebe. Some of the other species include Eastern Olivaceous Warbler and Syrian Woodpecker. Quite a start of the day.

At our first stop we had an exciting meeting with Penduline Tit. This was the first encounter with the bird for many people so everybody rather excited. We had distant White Pelicans, White-winged and Black Terns. An intimate moment with nature revealed displaying games of Little terns that were passing fish. This was a great experience. At another stop we had a group of 40+ Whiskered Terns which made a pretty good list of marsh terns for the day. At the same location we also had a Great White Egret and a Water Rail. Bird migration for the day has also started and we had our first Black Storks for the day.

The next place was on the bank of the local salt pans. Here we added quite a few new birds to the trip list: Slender-billed Gull, Whimbrel, Avocet and Spotted Redshank. The place seemed suitable for lunch so we used a table in the shade for a nice picnic. Shortly after that we were looking at birds again. This time they were Collared Pratincoles. Two birds flied not far from us. Then we spotted a nest of Penduline Tit which brought additional excitement to the group.

The wetlands further north were full with terns and waders. All three marsh terns and thousands of Curlew Sandpipers, Ruff and Little Stint. Amongst these numbers of birds we spotted two Teminck’s Stints and a few Ruddy Turnstones. “I have never seen so many waders in my whole life” suggested one of the group members.

Once we were done with the saltpans we had a look at the sea where I was hoping to see some divers and I was not disappointed. Two Black-thriated Divers were waiting for us there. At the end of the day around Bourgas wetlands was marked by the star bird for me: Red-necked Grebe. I hadn’t seen this bird for at least five years. A distant but rather diagnostic bird was sitting on the sea for our joy. What an afternoon! Thus we called it a day. It was time to go home.

Day 6 of the 10 day trip resulted with a total of 102 species for the day and 190 for the trip. Here is a checklist of the species seen today: