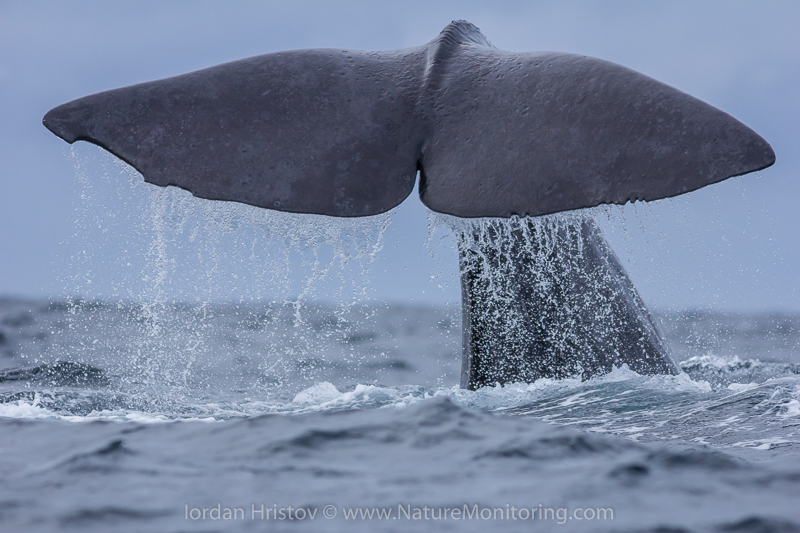 Today was a day off. The forecast was for rainy weather so i better utilize this time appropriately.

Still woke pretty early though. The weather was really miserable but i could not stay indoors and took the coastal road towards Andenes. Shortly after i left the house i had a Willow Grouse not far from the road. Wow that is luck. I haven’t seen them sitting like this for long. I even managed to take a few distant and documentary pictures. I stopped further along a coastal road to enjoy the scenery. Saw my first Twites here which i haven’t seen for ages. Another good bird was a Rock Pipit which i saw about 10 years ago. Pulled by the village of Bleik known for its island with the biggest colony of Puffins in Norway. They reckon there are about 75 000 pairs breeding on the island. Well i saw some distant dots but… There were at least 3 White tailed Eagles causing chaos amongst the Puffins. Further along the road i stopped for another colony of seabirds: Gannets. Another bird that i hadn’t seen for ages. Right there was also a Harbour seal poking its nose out of the water now and then. I really wanted to see some and here they are. Great staff. 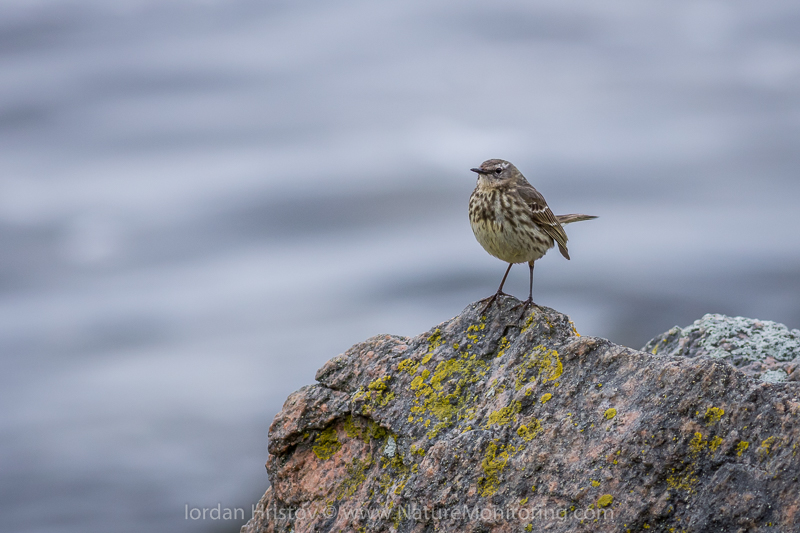 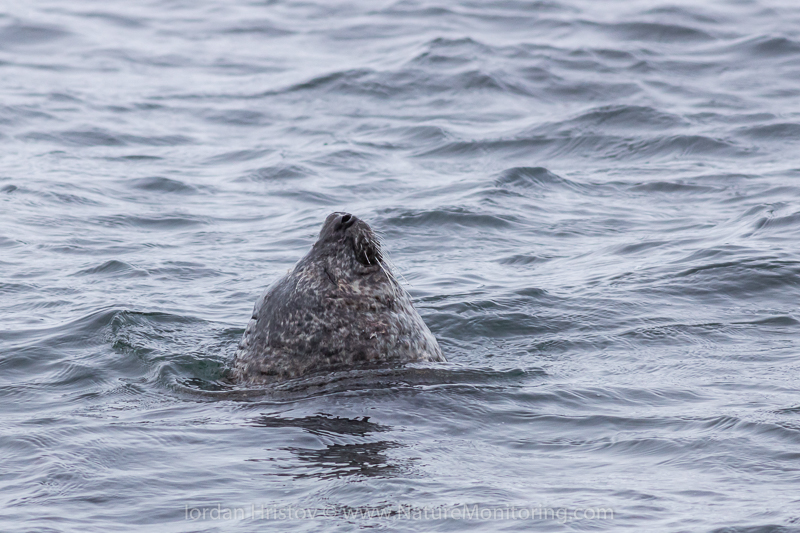 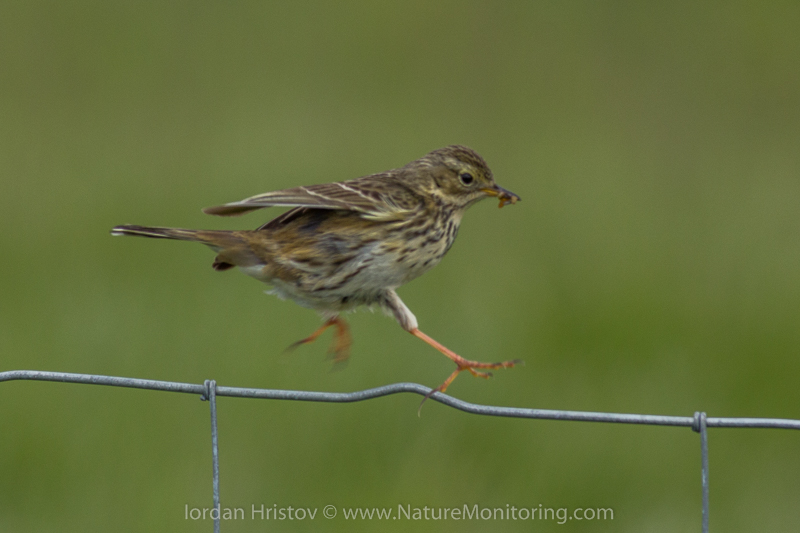 Time has come. Time for a whale safari. Wow, that would be exciting experience. I went to the office of the safari company at the given hour. First we were given short presentation what to expect and safety instructions. Apparently the Whales present at the moment were the Sperm Whales. A few individuals stay here over the summer to feed on Giant Squid which is apparently the same size as the whale itself. This is really impressive. Underwater canyon some 4km offshore presents good conditions for both of the gigantic creatures. That’s where we shall be searching for the whales.

After the presentations we were given light coloured swimming suits which are supposed to self-inflate if we happen to be over the board. Off we go. The sea doesn’t look very calm and the older people preferred to sit at the back of the boat where there is less movement.

We zoomed into the sea with no fear. This was a totally new experience for me. Waves were lifting the boat quite high and falling down on the water was somewhat strange but fun experience. It took us at least an hour until i spotted the first tail of a Whale. It was miles away but we did zoom in trying to see that animal. The thing is that once it dives it is away for half an hour or so. We needed patience. Luckily there were many Fulmars, Puffins, Gannets and a few Razorbills that kept my attention. I was tempted to take a picture of so close Fulmars but felt dizzy for a moment and gave up.

At certain point the captain has spotted a blow from a whale and stepped on the gas. The boat was so fast that even the front end was barely moving. And yes, there it was…a Giant Sperm Whale at least 40 years old with lots of scars on the tail. Wow, is this thing really real, wild and natural in our environment. Absolutely Fantastic. Such a huge animal. And when it dived we spotted another blow. Zoom in again for the most sublime moment of breathing on the surface for a few minutes and then dive again. This time i was a youngster about 20 years old. According to our guide this particular individual hasn’t been around for two years and now it is back. Fantastic observation and back to the first one. Wow, this is Whale twitching. And the old Buddy is up again in its full superiority. What a mighty animal this is. After it dive we decided to head to the seabird colonies.

There was a lot of activity. 75 thousand pairs of Puffins were all over the place. Probably the same 3 White tailed Eagles were causing the same chaos. Black Guillemot was also here. That’s another good bird to see. 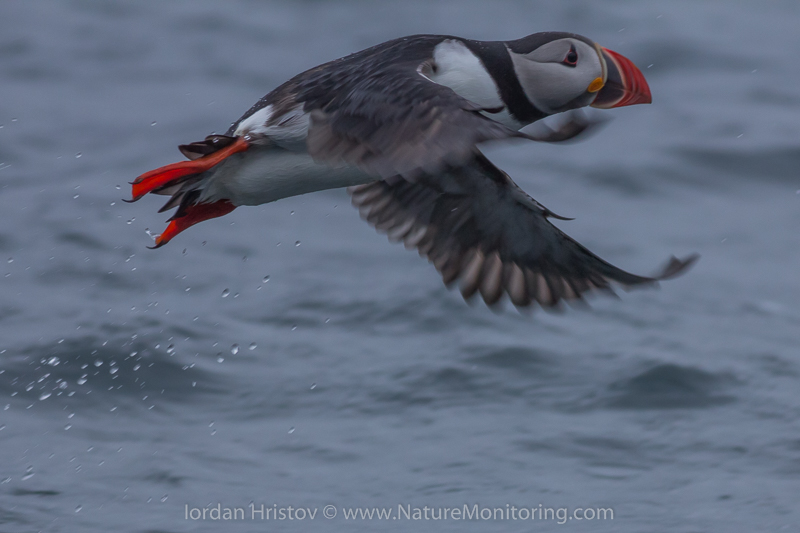 On the way to the harbour we stopped again. This time a small Gannet colony. Sea was still quite rough and the light was fading so i struggled taking a descent picture. Anyway it was great to see them fairly close.

Shortly after that we arrived in the calm water of the harbour. What an evening this was. A short drive took me to the guest house quite exhausted but relaxed. It would be an important bird survey day tomorrow and i only have a few hours to get some sleep.