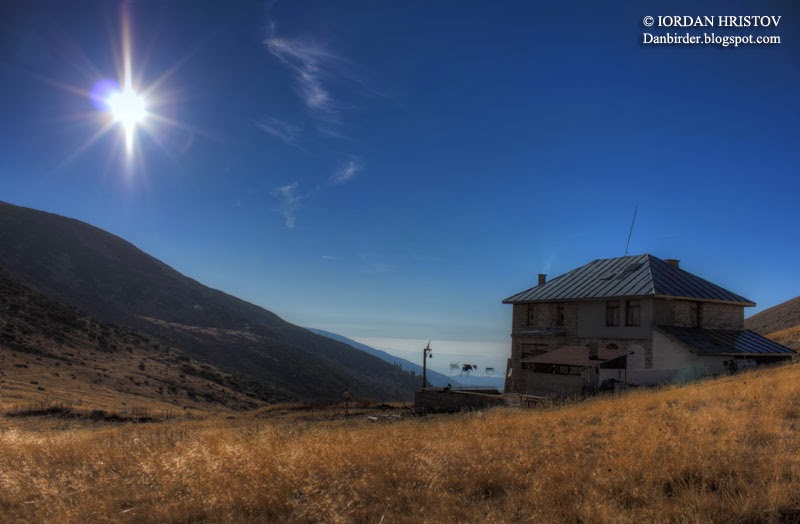 The past weekend was rather exciting. This time the trip was to an area where I have only driven through but never had the time to really wander around. The area is in between three of the major mountains in the country Rila, Pirin and Rhodopes. We visited friends of ours in a village called Belitsa.

Wildlife watching and trekking is super in the area too. The village of Belitsa is situated at the foot of Rila mountains. Thus the area presents superb opportunities for walking, trekking, photography or just leisure. You wake up and enjoy the nearly three thousand peaks of Pirin mouintains.

We arrived late on Friday evening. The plan for the next day was to do some trekking in Rila mountains. So we did. Since it was a weekend, we decided to make a walk rather than a serious hike. We left the house at about 12 and soon we were at our starting point in Semkovo resort. A place which people want to promote and convert into a ski resort. Quite a strange idea having in mind the slopes have southern orientation and the infrastructure there is not quite right. Moreover one of the biggest resorts in the country is just next door and this place doesn’t even have basic grounds for comparison.

From Semkovo, we started our trip to Macedonia chalet. Lovely little place on the top of the mountain situated at about 2200 m above the sea level. This height presents opportunities for open view to the valley of Blagoevgrad. The area to the north of the chalet is quite wild with spots for Hazel Grouse and Brown Bears.

The trail to the chalet goes along a small river with a few small waterfalls. Right next to the chalet is one of the best biosphere reserves in the country called “Parangalitsa“. The reserve has the biggest populations of the endemic plant called Primula deorum. Unfortunately some poachers were cutting the trees in the National Park. The most ridiculous thing is that a guard from the Park Administration was at the place.

Loads of Nutcrackers everywhere along the way. Apparently the juveniles are quite noise but pretty shy to stay for a nice shot. A few Crested Tit, Siskin and a single Black Redstart. I was aiming for a Pygmy Owl but were not successful.

On the Sunday we went to a sanctuary for bears. The place become known for its funding from the well known Brigitte Bardot and its international charity foundation “Four paws”. The bears are just so fantastic. I wish I see them more often in their wild environment. Most of the animals were not feeling well but a few of them had pretty glossy fur. They seem to be getting ready for winter.

All of these sightings and landscapes were along the autumn colors of old growth beach forest. It really is a place to be.

I did this trip as a part of the activities of my company. See more information about its acitivities on my website here: www.NatureMonitoring.com